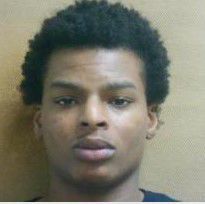 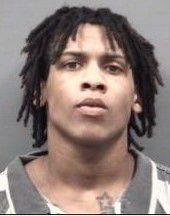 A Statesville man has been sentenced to a prison term after being convicted of robbery.

Lonnell Jakwon Williams, 22, was sentenced by Iredell County Senior Resident Superior Court Judge Joe Crosswhite to serve a minimum of eight years and a maximum of 10 years and eight months. A jury convicted Williams of robbery with a dangerous weapon and conspiracy to commit robbery with a dangerous weapon. The verdict was reached Thursday, Feb. 20.

Williams’ co-defendant, Jaylen Tony Jones, 21, of Statesville, is serving a minimum of five years and maximum of seven years after he pleaded guilty in July. He is currently at the Pasquotank Correctional Institute.

Williams and Jones were charged with stealing $150 at gunpoint on Oct. 3, 2018. Statesville police officials said the two placed an ad on Facebook Marketplace advertising an Xbox for sale. The victims instant messaged them and agreed to purchase the Xbox for $150. They agreed to meet Williams and Jones in the 1300 block of Wilson Lee Boulevard at 11:30 a.m. When the victims arrived, police said, Williams and Jones walked over to their vehicle and a revolver-type handgun was pulled. They took the $150 and ran from the area, police said.

Investigators verified the ad placed by Williams and Jones and the messages between the victims and the suspects, police said. Williams was located at a residence on Wilson Lee Boulevard and arrested without incident. Jones was located in Mocksville after an anonymous tip came in Oct. 29. With assistance from the Mocksville Police Department, Jones was arrested.

Williams has a criminal history dating back to 2014 and convictions for breaking and entering and larceny.

Before his conviction last year, Jones was convicted of larceny and second-degree trespass in 2014.

KELLER'S STUMP GRINDING SERVICE NO JOB TOO BIG OR SMALL