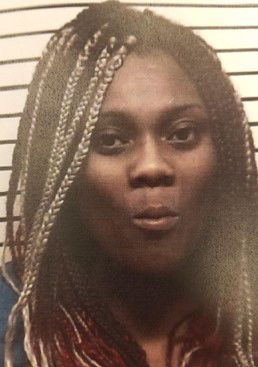 A Statesville woman has been charged in connection with the death of a 25-year-old woman earlier this month.

The Statesville Police Department, in a news release, said Qawiesha Khaleelah Tolliver, known as QB, was arrested at her residence without incident Thursday. A magistrate ordered her held without bond.

Tolliver is charged with murder in the death of Shana Nicole Harmon. Harmon was found dead in the 1500 block of Eighth Street Jan. 16. Her death was ruled a homicide.

During the week prior to Tolliver’s arrest, police received numerous tips from the residents of Statesville and investigators conducted numerous interviews, authorities said.

The police department expressed its appreciation to the residents for their assistance in helping in this case.

Anyone with further information can call the SPD at 704-878-3406 or Iredell County Crime Stoppers at 704-662-1340. Callers to Crime Stoppers do not have to reveal their identity or testify in court and cash rewards of up to $1,000 are possible.

A second suspect has been arrested in the recent death of a 25-year-old Statesville woman.