Person dies after being struck by tree 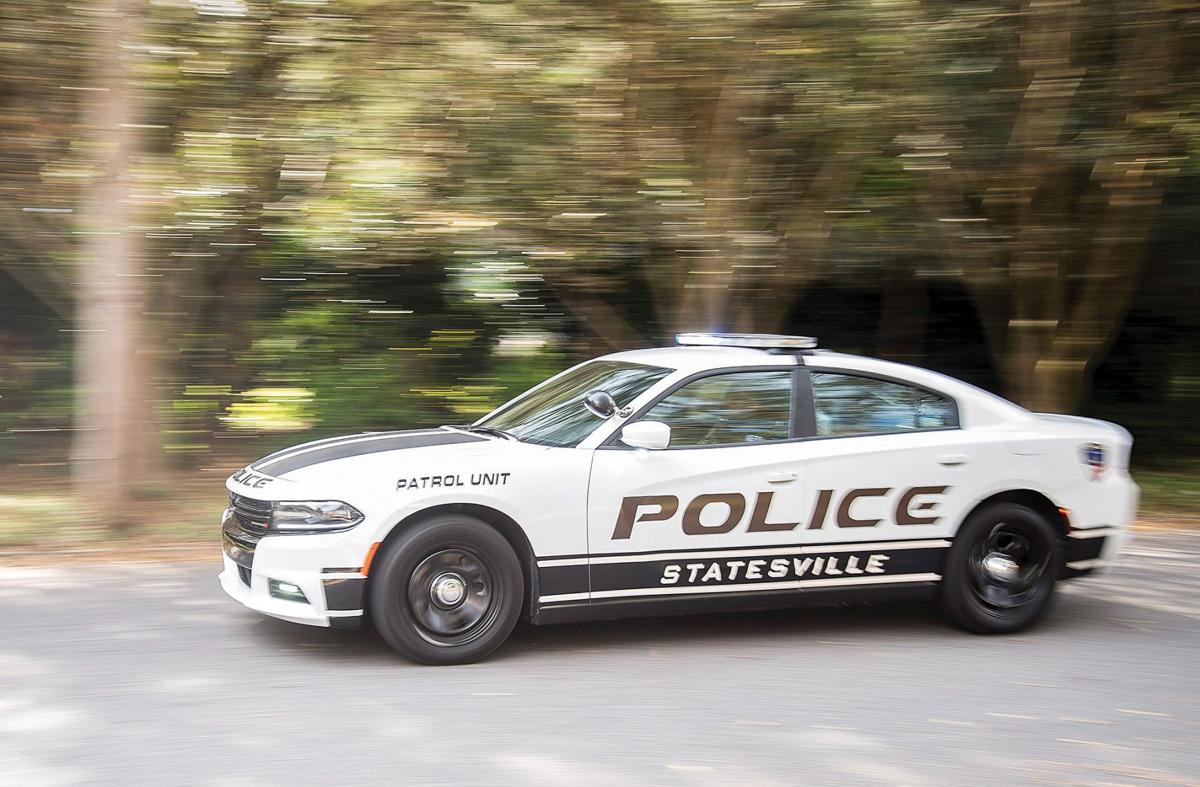 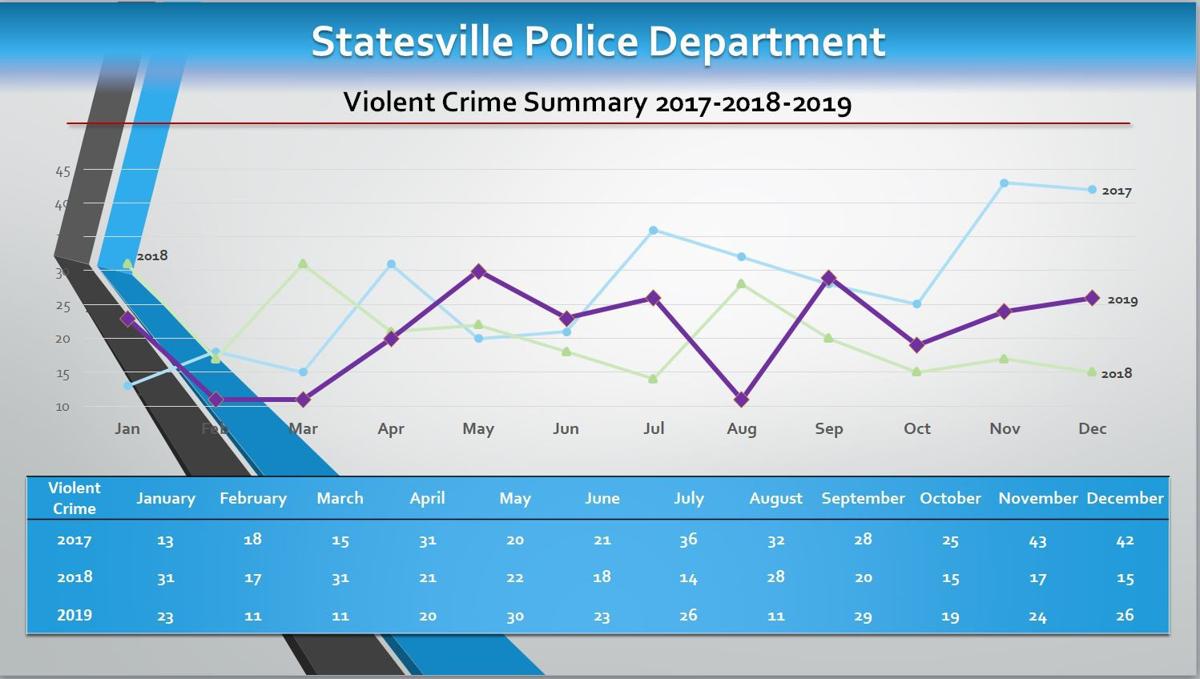 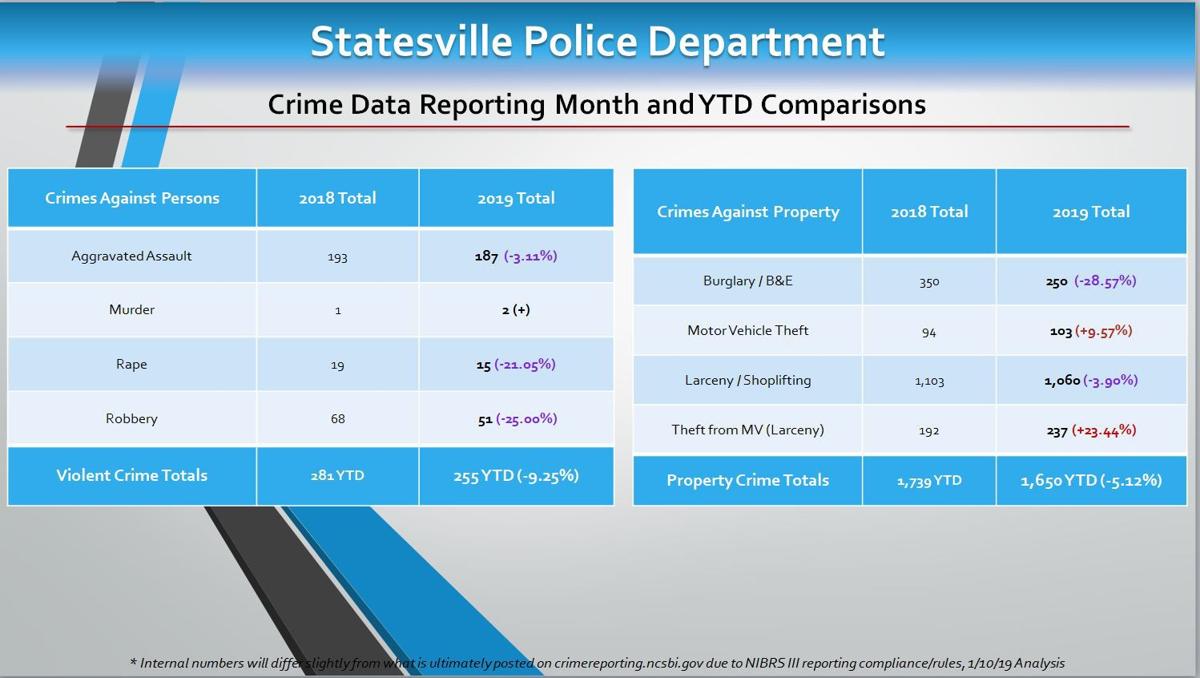 The Statesville Police Department released its crime report for 2019 on Wednesday. The report indicates that violent crime in Statesville is down around 9%, and that certain types of theft related to motor vehicles increased.

Police Chief David Addison’s presentation was initially on the agenda for the March 16 Statesville City Council meeting, but everything deemed to be nonessential was canceled for that night.

The police department investigated two homicides, both of which resulted in arrests.

“Robberies were down 25% and burglaries were down 28.57%,” Addison stated. “However, larcenies from motor vehicles were up 23.44%. Many of these larcenies were from items left in unlocked vehicles.”

Violent crimes were categorized as aggravated assault, murder, rape and robbery. Statesville saw six less assaults in 2019 for a total of 187, and four less reported rapes than 2018. Robberies also declined from 68 in 2018 to 51 in 2019.

The most violent month in 2019 was May with 30 cases; February, March and August tied for lowest with 11 violent incidents. The year 2018 peaked with 31 violent incidents in January and March each, and the lowest month was July with 14 cases.

The agency also saw an increase in traffic incidents. Accidents causing property damage increased from 1,378 to 1,409 incidents in 2019, and the number of hit-and-runs increased from 328 to 367.

Officers received more than 81,000 calls in 2019, an 8.97% uptick from the previous year. Addison said officers were dispatched to 61,910 calls for service, including self-initiated activity calls from other officers.

“These type of calls include foot patrols, vehicle stops (and) business contacts,” Addison stated. “The dispatched 911/Administrative calls increased by 14.06% and officers’ self-initiated calls decreased by 19.12%. We related the changes to staffing levels. Officers’ primary responsibility is to respond to emergency and non-emergency calls for service. However, self-initiated activity helps deter crimes.”

The department has 104 employees, 82 of which are sworn officers.

In 2019, SPD conducted 17 vehicle pursuits, 13 of which ended in arrests and two resulting in crashes.

Officers recorded 27 instances of use of force in 2019. Twelve of these involved Tasers or a “hard hands” method; 15 utilized “soft hands.”

Hard hands refers to the use of striking techniques like kicks or punches to detain a subject, according to the National Institute of Justice website. Soft hands uses a minimal level of force necessary to restrain an individual.