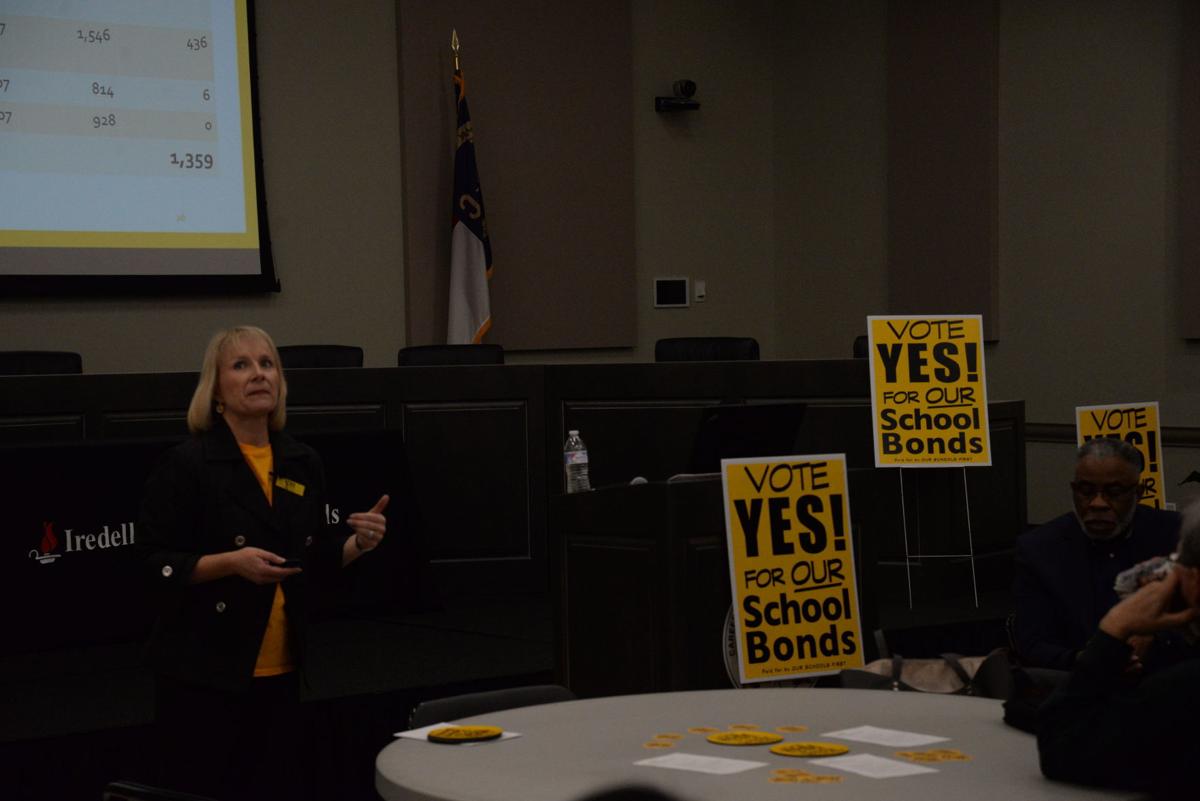 Our Schools First President Beth Packman presents details of the proposed school bonds to a joint meeting of the Iredell County Board of Commissioners, Iredell-Statesville Schools, the Mooresville Graded School District and Mitchell Community College. 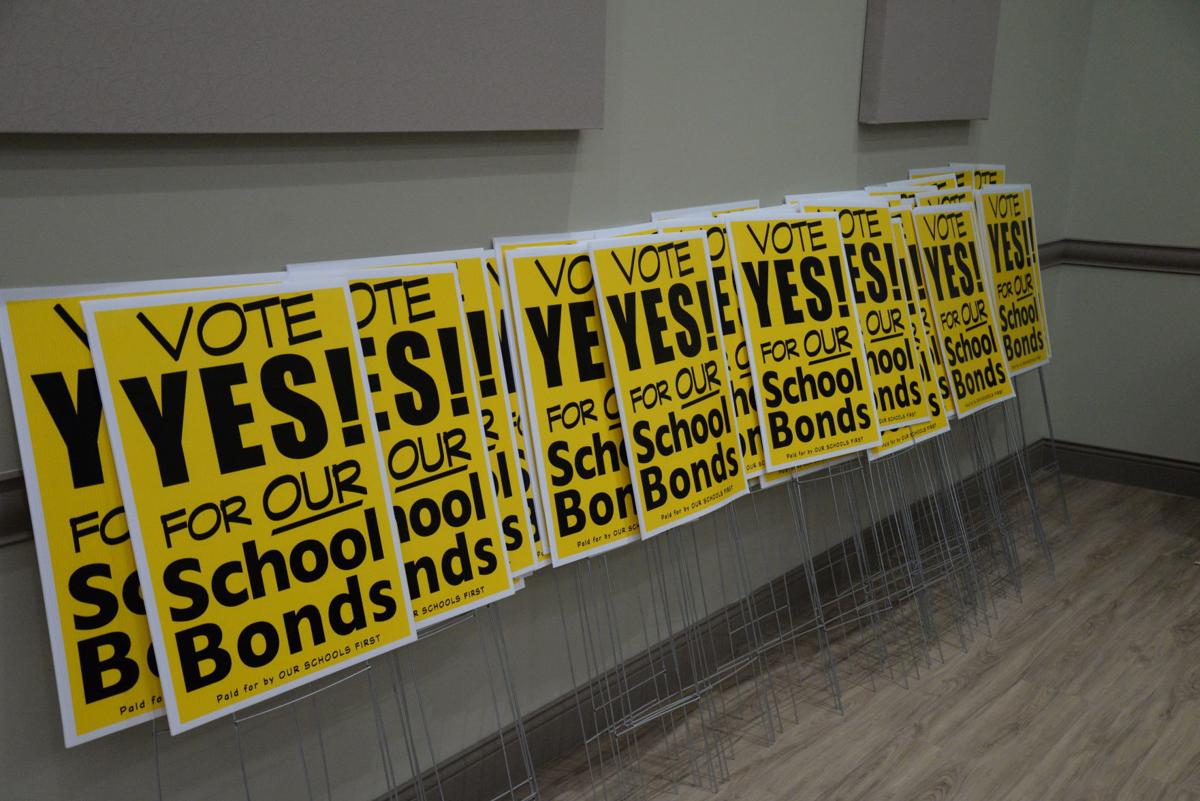 Signs being used to promote the school bonds that will be put up on a referendum March 3. Early voting will begin Feb. 13 and will end Feb. 29.

Our Schools First President Beth Packman presents details of the proposed school bonds to a joint meeting of the Iredell County Board of Commissioners, Iredell-Statesville Schools, the Mooresville Graded School District and Mitchell Community College.

Signs being used to promote the school bonds that will be put up on a referendum March 3. Early voting will begin Feb. 13 and will end Feb. 29.

The group outlined details of the bonds that will be put before voters in March.

The joint meeting consisted of representatives of the Iredell County Board of Commissioners, Iredell-Statesville Schools, the Mooresville Graded School District and Mitchell Community College.

The school bonds, if passed in March, would fund an $80 million high school in southern Iredell County, a $35 million middle school on Rinehardt Road in the Mooresville Graded School District, and a $10 million Public Safety Training Center and driving pad at Mitchell Community College.

Our Schools First President Beth Packman outlined the need for these new schools by focusing on the rapid population growth in Iredell County the past 20 years.

Packman said that given the 10,000 newly approved housing units in southern Iredell County, there will be an increase of approximately 1,400 students at Lake Norman and South Iredell high schools in the coming years, which she said would put a strain on the already over-capacity schools.

Packman also said that while some have argued for installing units on campus grounds to accommodate for this growth, Lake Norman cannot hold any more units. The construction costs to accommodate that many students would be nearly $4.5 million. She said the value of those units would be zero after 10 years.

James Mallory, chairman of the board of commissioners, said that even if the units were financially sound, they wouldn’t account for cafeteria space and bathrooms.

“This is a capacity bond,” Mallory said.

Tax increases were also part of the presentation. Packman said that property taxes would increase by $.83 in a monthly mortgage for a property valued at $100,000.

Mallory said that the bonds would enhance economic development and save taxpayers money in the long run.

He said businesses coming to the area are primarily looking for a large workforce population and workers willing to move to an area with well-funded schools for their children.

“Economic development is joined at the hip with education,” Mallory said.

Mallory said that the population growth was inevitable and that the schools would eventually be built, even if the school bonds are not passed. He said that the bonds would meet the needs of the county at the most savings for taxpayers.

Some opposition to the school bonds has been voiced at previous community meetings in recent months.

“That means the parking lot at Union Grove is not going to get paved, that would mean the painting that should be taking place at Harmony Elementary School will not happen. That means that at Sharon Elementary School in west Iredell, instead of replacing the air conditioning unit, we’ll put a Band-Aid on it,” Johnson said. “Every school in the school system will suffer if this bond fails.”

The voter referendum for the school bonds will take place during the North Carolina primaries March 3 and will be on both Democratic and Republican ballots.

The vote will be split into two referendums: one for the new high school and middle school and another referendum for the additions to Mitchell Community College.