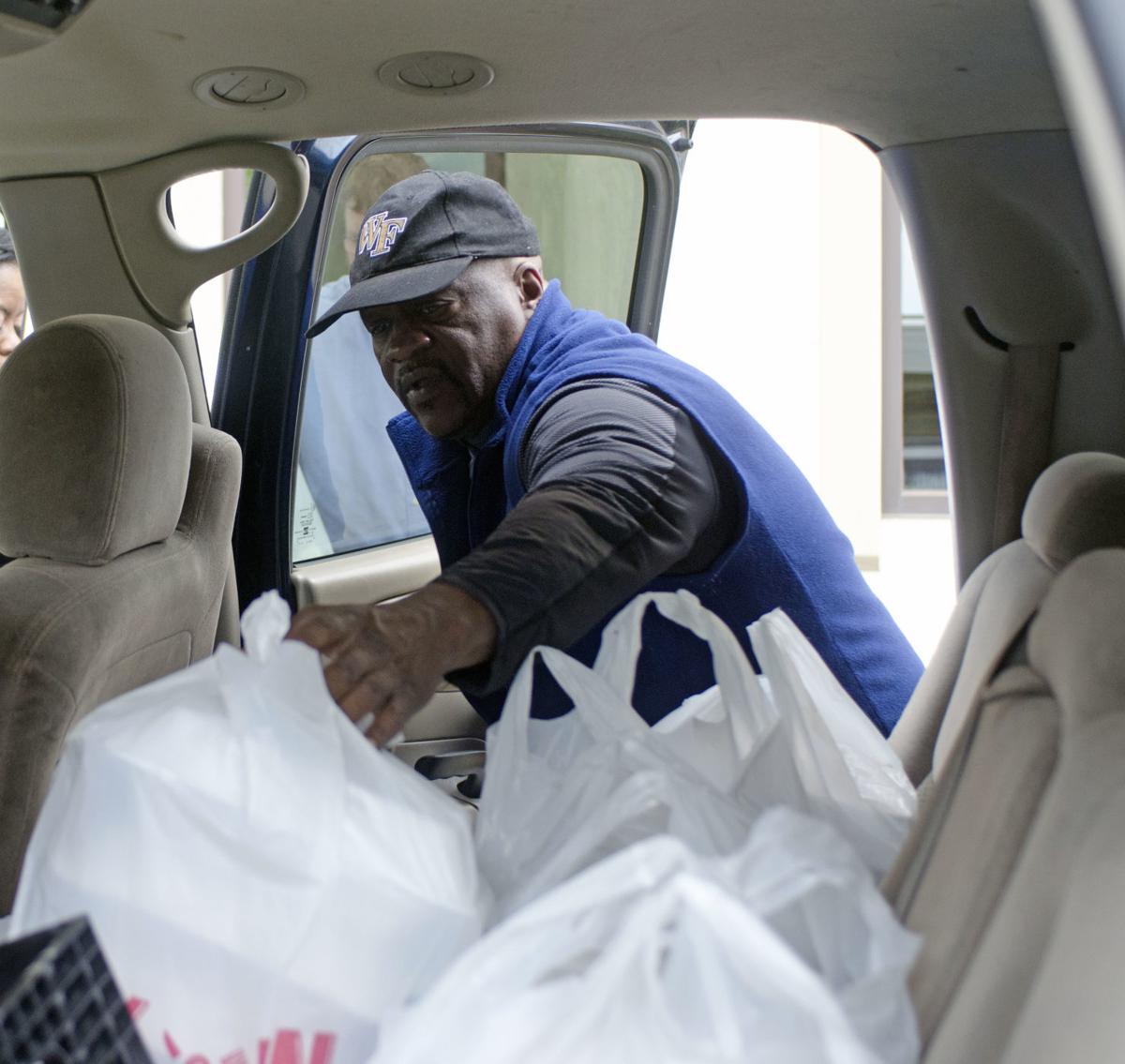 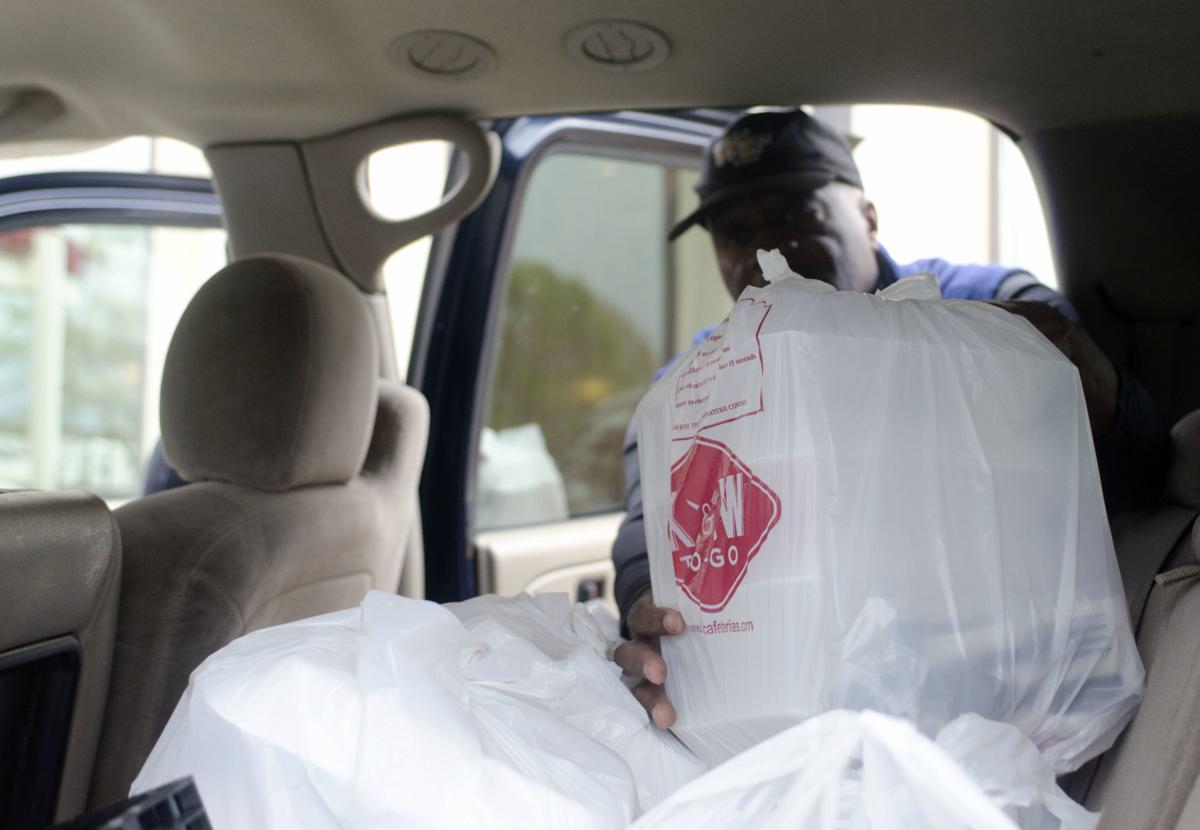 Dr. Donald Gray is intent on making sure people are not going hungry during the outbreak. 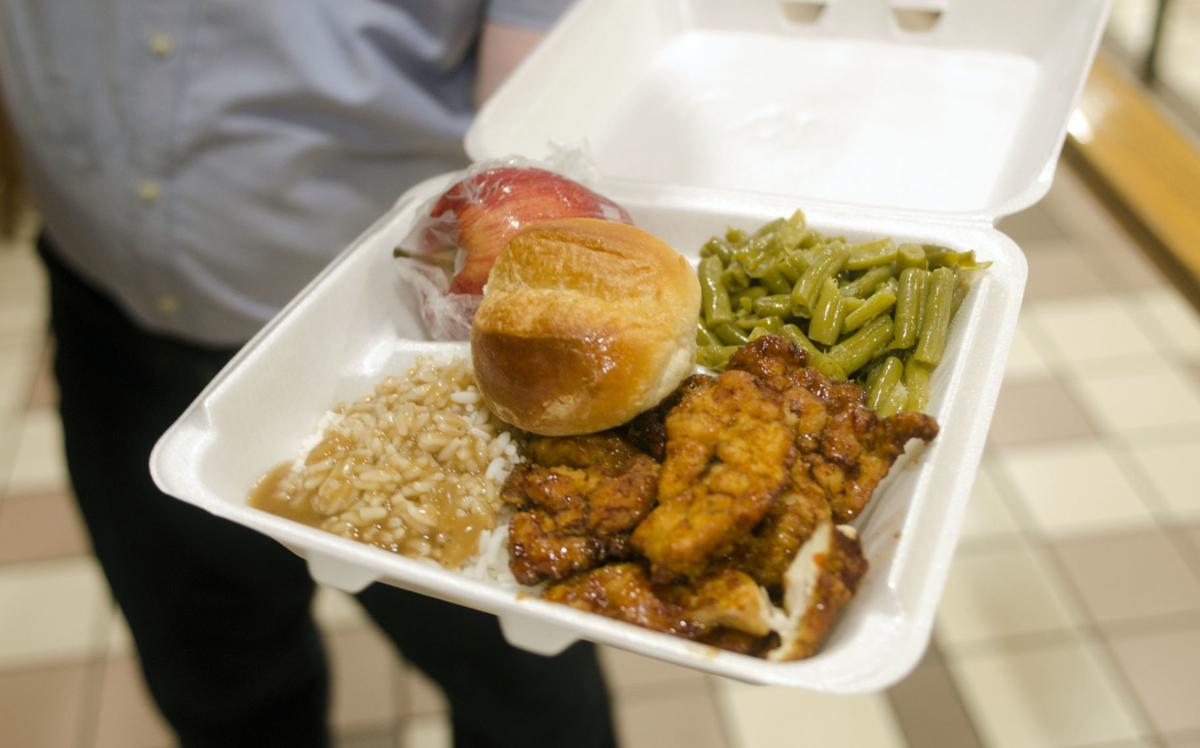 One of the plates of food going out to people in need is shown. 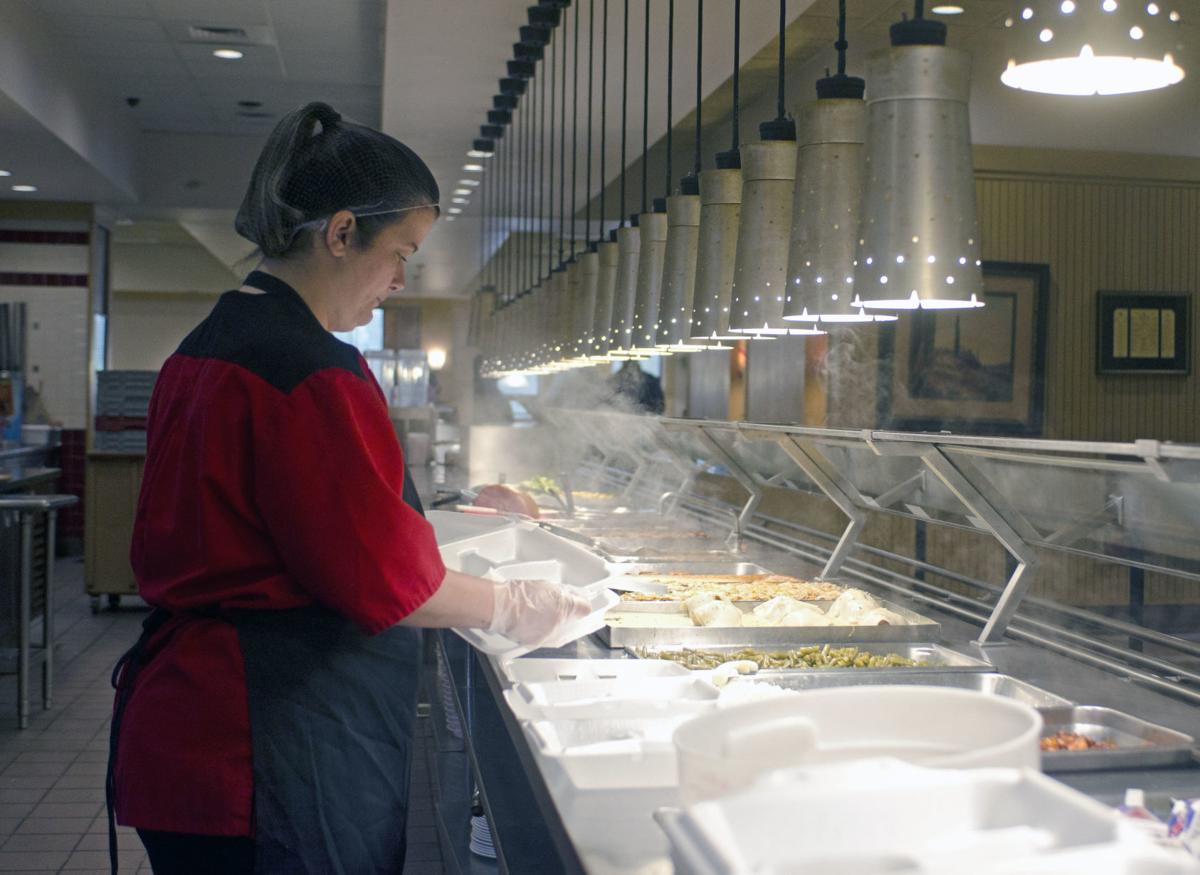 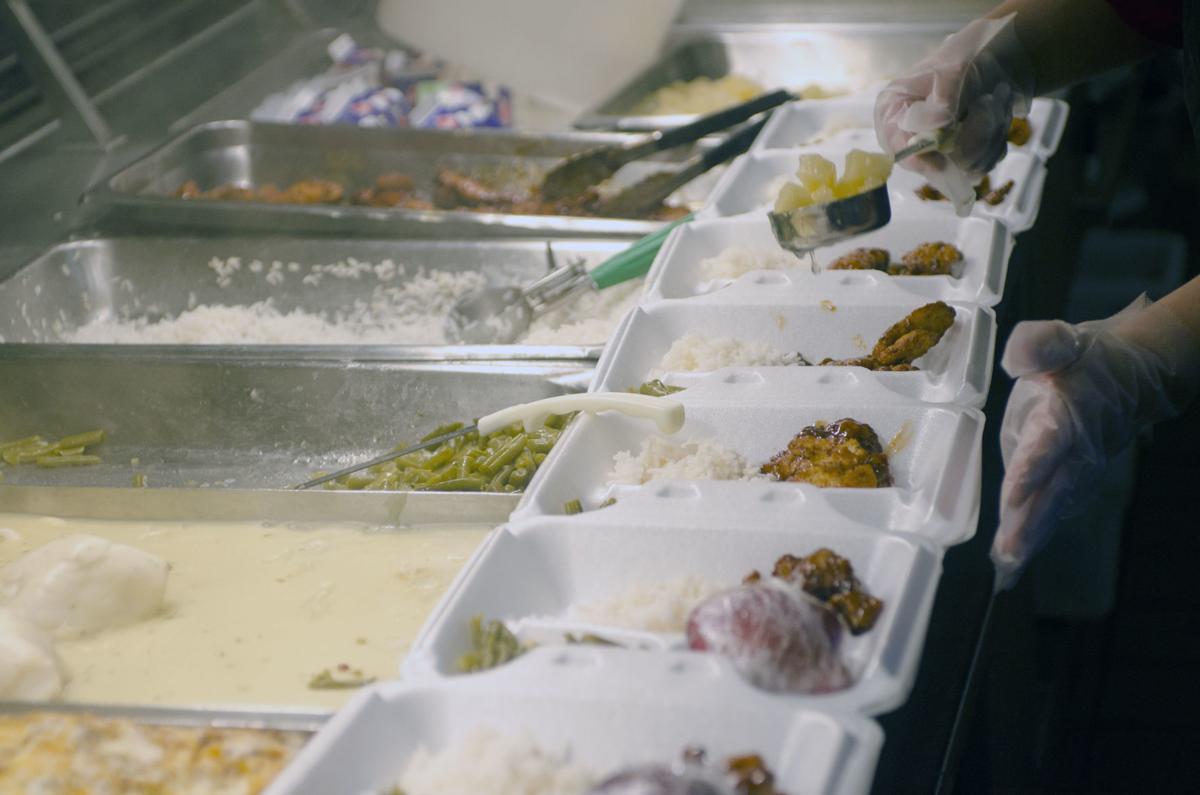 Food is scooped into trays to be donated to the Christian Mission. 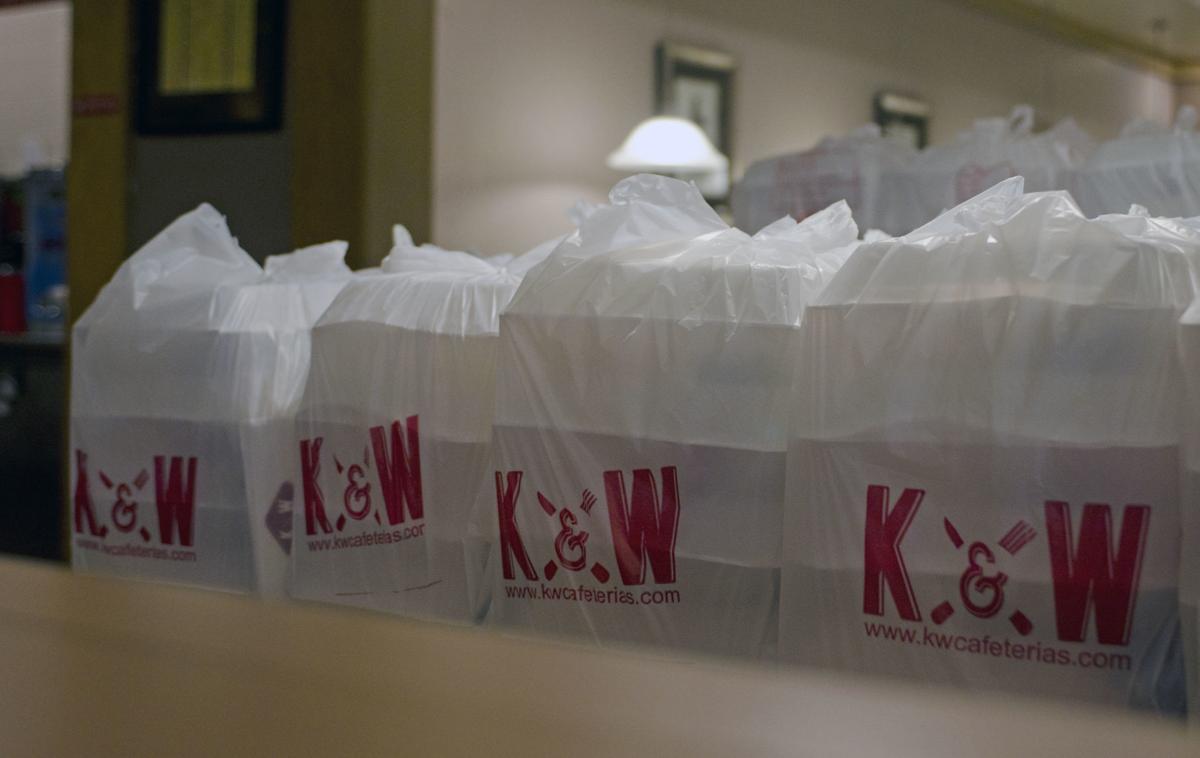 Food is bagged and ready to be donated.

Dr. Donald Gray is intent on making sure people are not going hungry during the outbreak.

One of the plates of food going out to people in need is shown.

Food is scooped into trays to be donated to the Christian Mission.

Food is bagged and ready to be donated.

As a pastor, Donald Gray is used to connecting with people. And with church services being suspended these days to fight the spread of the coronavirus, he’s reaching out beyond the pulpit.

Gray is working with the Christian Mission to feed people from Gastonia to Catawba. Monday through Saturday from 11 a.m to 1 p.m. meals are collected and delivered to people in need.

On Tuesday, he rolled into the parking lot of the K&W Cafeteria in Statesville in a big van already full of food. He’s making sure hot meals are loaded into cars and that they reach hungry hands. Over the course of the day, Gray said more than 400 meals should go out to those in need, with a fair amount of them going to South Statesville. Although Gray is pastor at Mount Sinai Baptist Church in Catawba, about half of his parishioners live in Statesville, he said.

“This is not the time to proselytize,” he said of the pandemic. “It’s time to feed the hungry.”

The Christian Mission fed more than 500 people during the weekend, and Gray said a

lot of those meals went to children. That’s something that weighs heavily on him.

“I’m afraid that a child is going to bed hungry today,” he said.

One somber thing Gray recently experienced was seeing a child running after one of the food delivery vans as it was leaving a neighborhood. He explained the child chased down the van because they were afraid of not getting anything to eat for the day.

That’s something that reminded Gray of his own life. He said his father abandoned his family when he was 8 years old and that food became something of rarity in his house.

“Because I was that kid,” he recalled. “Because the only meal I (would eat) that day was at school.”

Gray said that helping hungry kids is almost like therapy to him because it forces him to deal with his own trauma. He added that as the COVID-19 pandemic shuts down parts of everyday life, it’s a reminder of how vulnerable people with food security can be.

“The world is now seeing where economically disadvantaged people live and feeling the same pains financially as that these people go through every day,” he said.