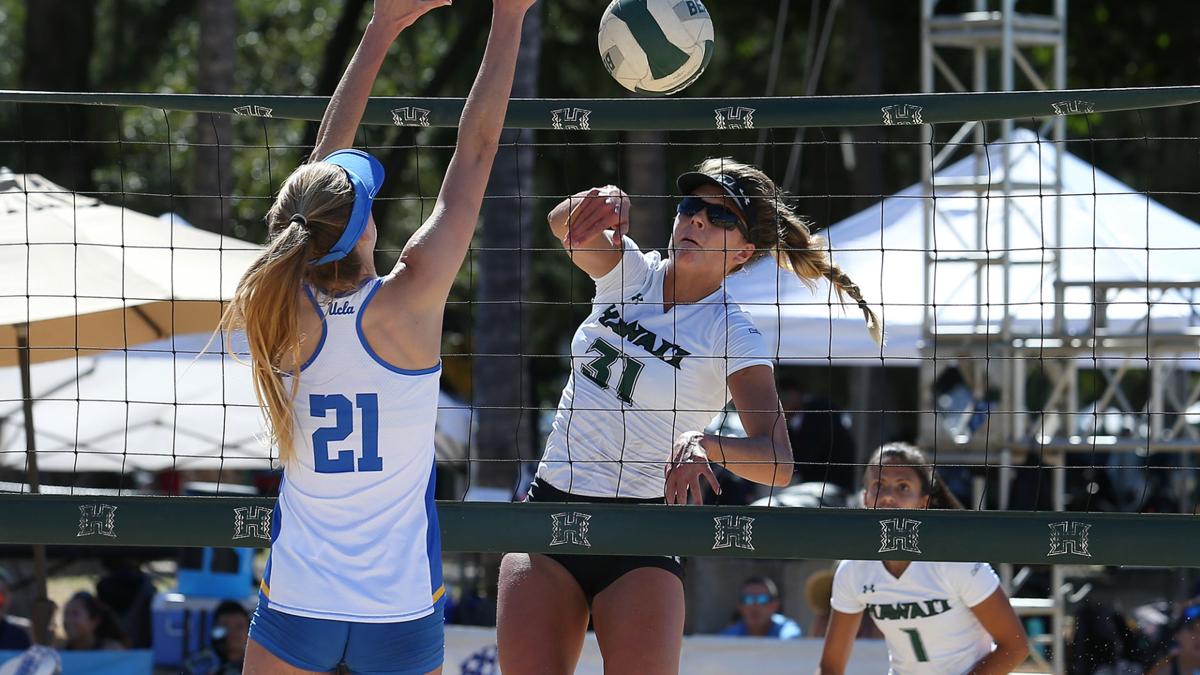 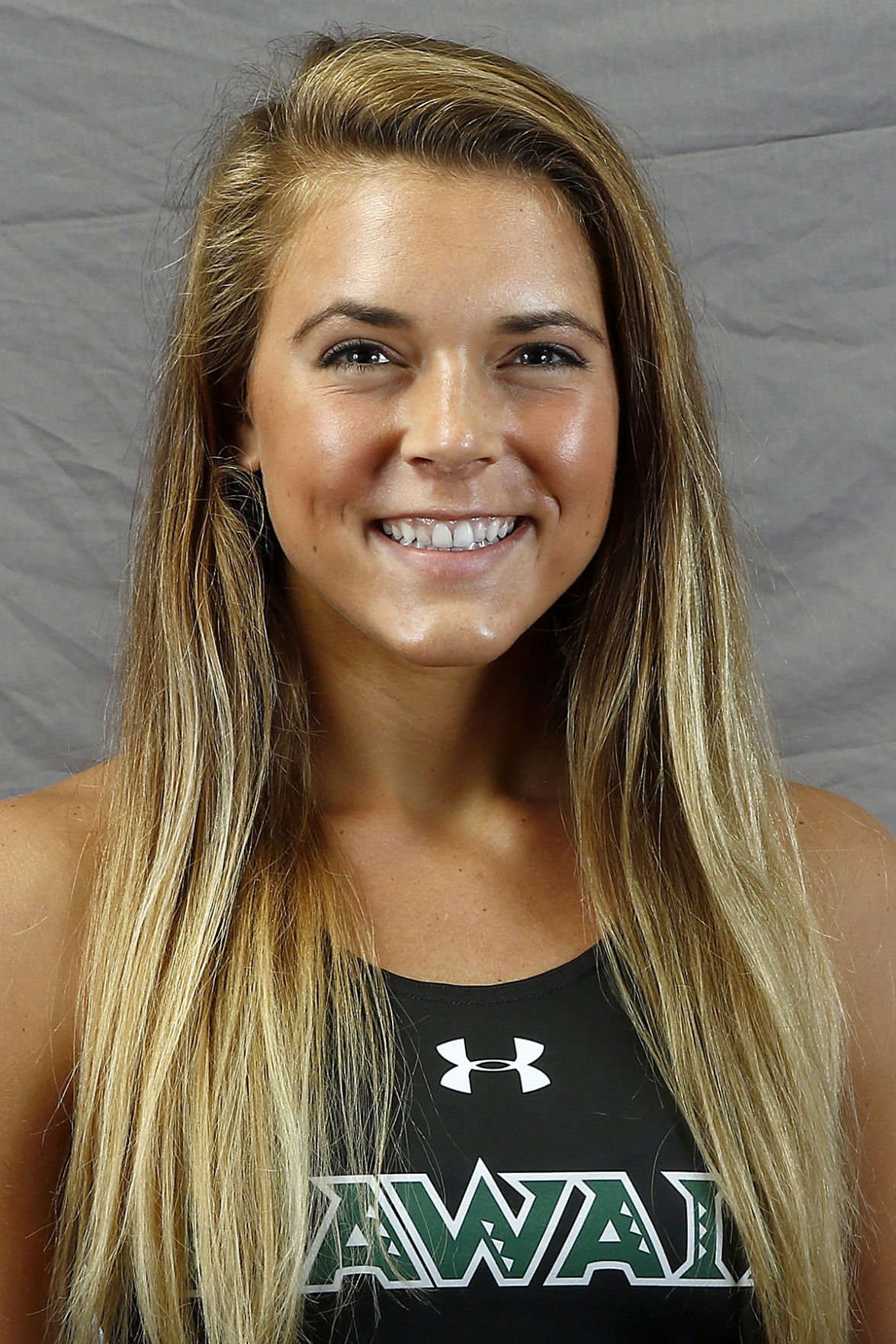 Julia Scoles’ decorated first season playing beach volleyball at University of Hawaii is on the verge of a crescendo.

The former South Iredell All-American and her fifth-ranked Hawaii teammates open the Big West Conference tournament Friday at Zuma Beach in Malibu, California. Their eyes are set on winning the championship and cementing their place in next week’s NCAA Beach Volleyball Championship in Gulf Shores, Alabama. Only eight teams qualify for the NCAA tournament, now in its fourth year of existence.

The SandBows have a first-round bye Friday and will play the winner of Cal State University-Northridge and UC Davis at noon PT.

“I’m excited,” Scoles said. “We’re going to take it one game at a time and not look too far ahead because our NCAA (bid) isn’t solidified until after the tournament. So right now we’re focusing on the Big West and taking care of business, beating (12th-ranked) Long Beach State and (eighth-ranked) Cal Poly, hopefully.”

Winner of 12 of its last 13 matches, Hawaii is 24-7. The Rainbow Wahine—one of their two nicknames—went 5-0 in the final tournament of the regular season to capture the First Foundation Queen’s Cup title April 14. Scoles and her playing partner Ari Homayun evened the championship match with Loyola Marymount at 2-2 thanks to their come-from-behind win (18-21, 21-16, 15-10) on Court 2, and Hawaii ended up beating Loyola Marymount 3-2.

It was a proper bookend to a successful regular season. Scoles received the Best Attacker award at the season-opening Outrigger Duke Kahanamoku Beach Classic in Honolulu.

Homayun and Scoles were 3-1 in their matches. They beat tandems from St. Mary’s, currently ranked 19th in the country, then fourth-ranked Pepperdine and then 11th-ranked Stanford with the lone loss coming to a duo from No. 1 UCLA.

“Honestly, I didn’t think too much about it,” Scoles said when asked about being recognized for her performance in her Hawaii debut. “It didn’t really change the opinion of myself as a beach volleyball player or help me feel better about my game necessarily. I just want to continue to grow and do better each day.”

Scoles began her college career in Chapel Hill, earning ACC Freshman of the Year and first-team All-ACC during her first season with the Tar Heels’ indoor volleyball team.

As a sophomore, she was a preseason All-ACC team pick and a PrepVolleyball Preseason Player of the Year candidate. But early in the season she suffered a concussion. It left her inactive for the remainder of the year. She later requested a medical redshirt before transferring to Hawaii.

The move to Honolulu represented more than a change of scenery. It was also somewhat of a sports transition. She left behind indoor volleyball in favor of picking up the beach version. She had her reasons—plural.

“I knew post-college I wanted to stay in the states and try to play professionally,” Scoles said. “For indoor, you have to go overseas to play professionally since there’s not a league here. So I knew that after college I wanted to try to make that switch anyway. And also with my history with concussions and injuries I knew beach is a safer option. The game, compared to indoor, is a lot slower pace so the balls aren’t flying like 70 miles an hour like they are indoor.”

Scoles is listed as a junior. She has at least one more season of eligibility, perhaps two, she said, depending on whether she applies for and is granted an NCAA waiver to play beach volleyball in 2021.

Scoles finished high school early and enrolled at North Carolina for the 2016 spring semester. “That’s when my five-year clock started,” she said.

“I feel like I’m still adjusting,” she said. “I’m enjoying it more and more. I miss indoor sometimes, but I’m starting to like beach just as much. … I kind of thought it was going to be more similar of a game than it is. It’s definitely a lot more challenging than I anticipated.”

Hawaii coach Jeff Hall had no doubt she could handle the switch.

“Her great athleticism and her indoor volleyball made her an ideal candidate for us recruiting her regardless of her beach experience,” Hall said. “… Knowing her tremendous athletic ability, we knew she would learn the beach game at an accelerated pace. She has quickly proved us correct.”

Having a veteran by her side has been a plus, Scoles said. Homayun, a senior from West Hills, California, has been a staple in the Rainbow Wahine lineup for four seasons.

To this point in the spring, Scoles and Homayun have paired together 30 times. They are 25-5 overall and 18-3 on Court 2. They are three-time winners of the Big West Pairs Team of the Week award and enter the conference tournament having won 12 of their last 13 matches.

“It’s honestly been great,” Scoles said when asked about the chemistry with her playing partner. “She’s so knowledgeable about the game. She’s able to help kind of coach me through plays while they’re happening during the games. I call her my mini coach.”

Her main coach believes the sky is the limit for Scoles.

“She is so committed to being great that she has had a lot of success early on in her beach career and impressed along the way,” Hall said.

“Even more impressive than her athletic ability is her as a person,” Hall added. “She is a great teammate, great young lady and a really wonderful person to coach. We are very fortunate that she is on our team and look forward to watching her grow as a beach volleyball player.”