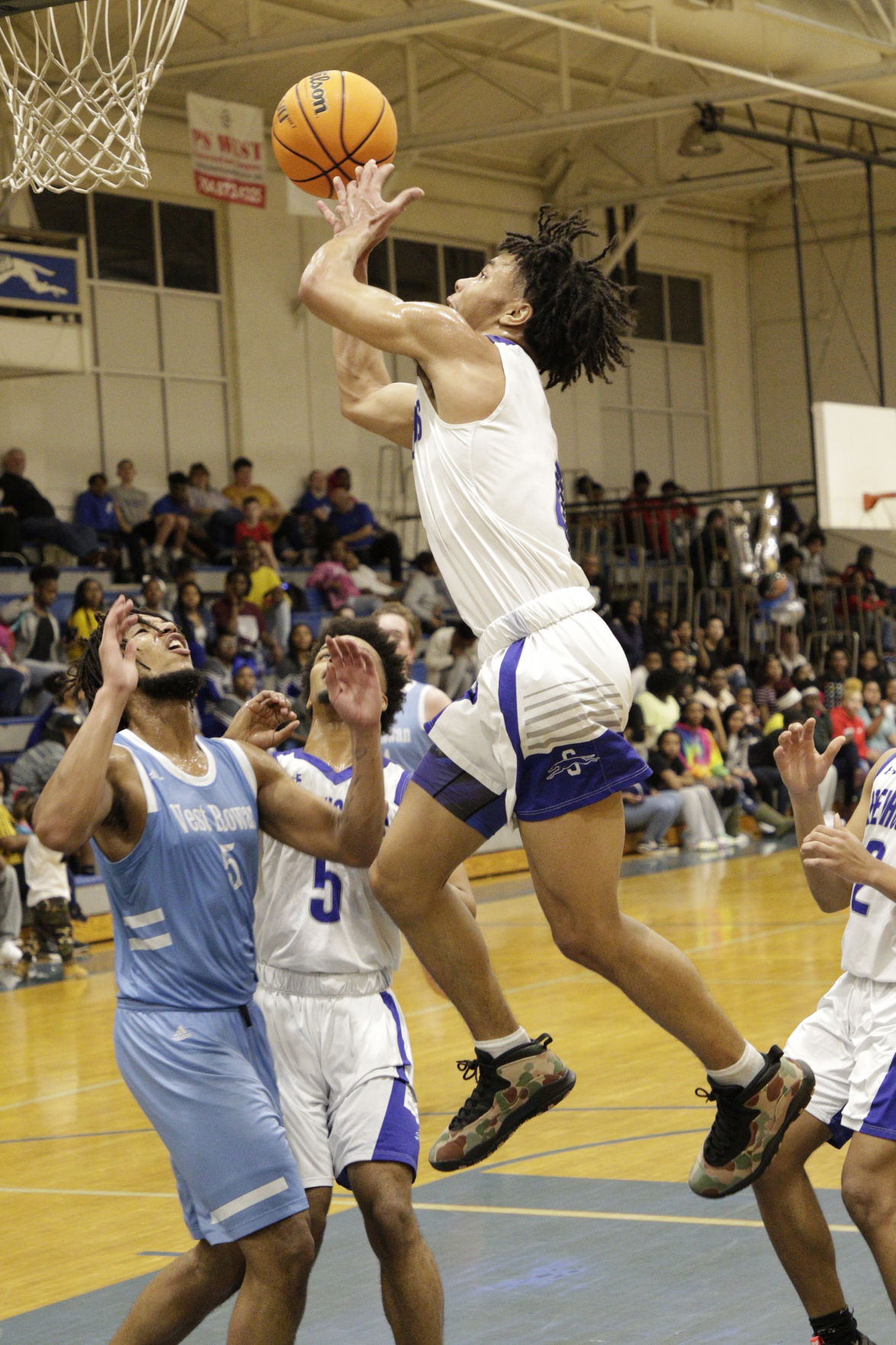 Statesville's Miykei Fields elevates for a basket during the Greyhounds' win Thursday night over West Rowan. 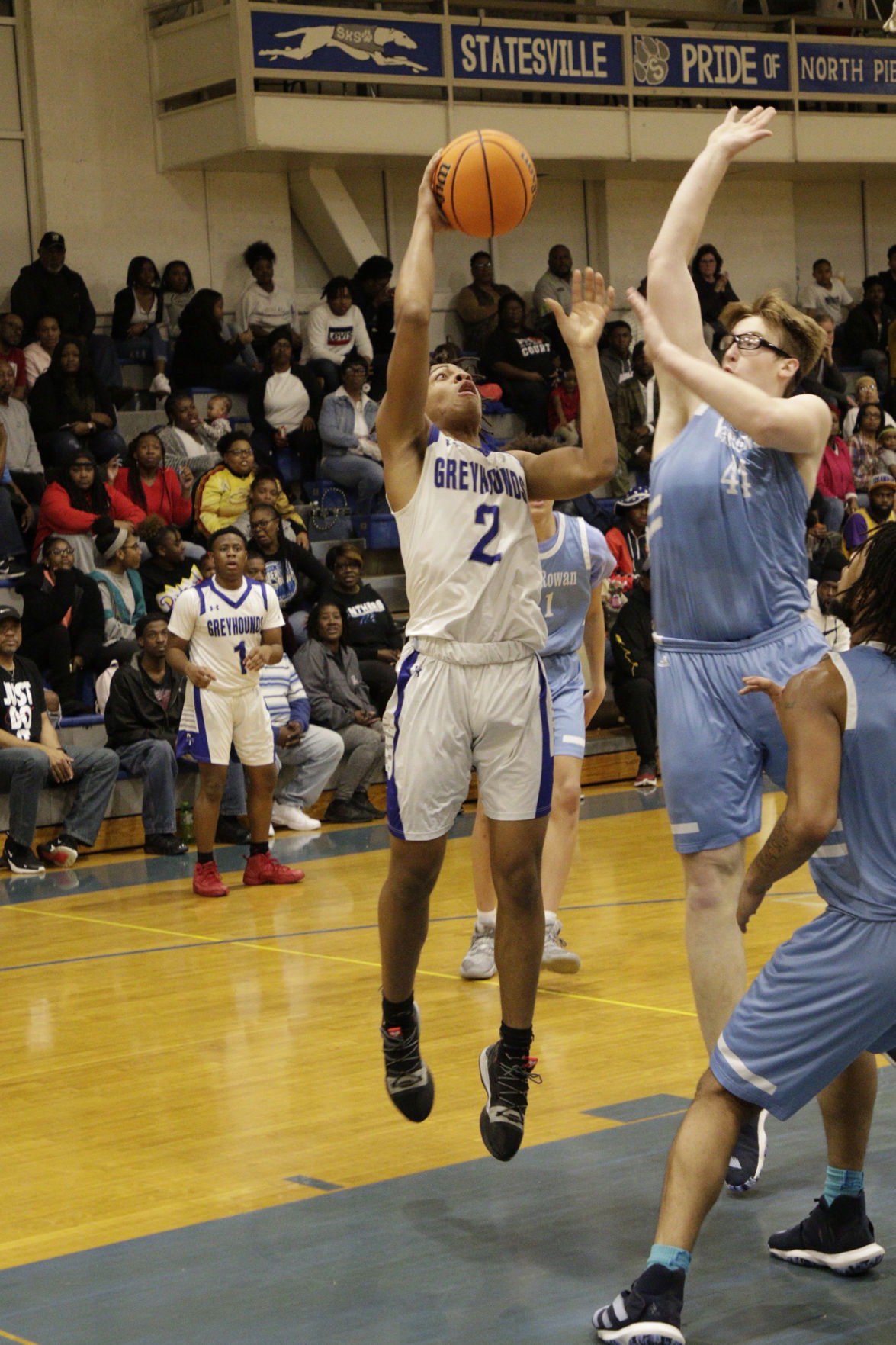 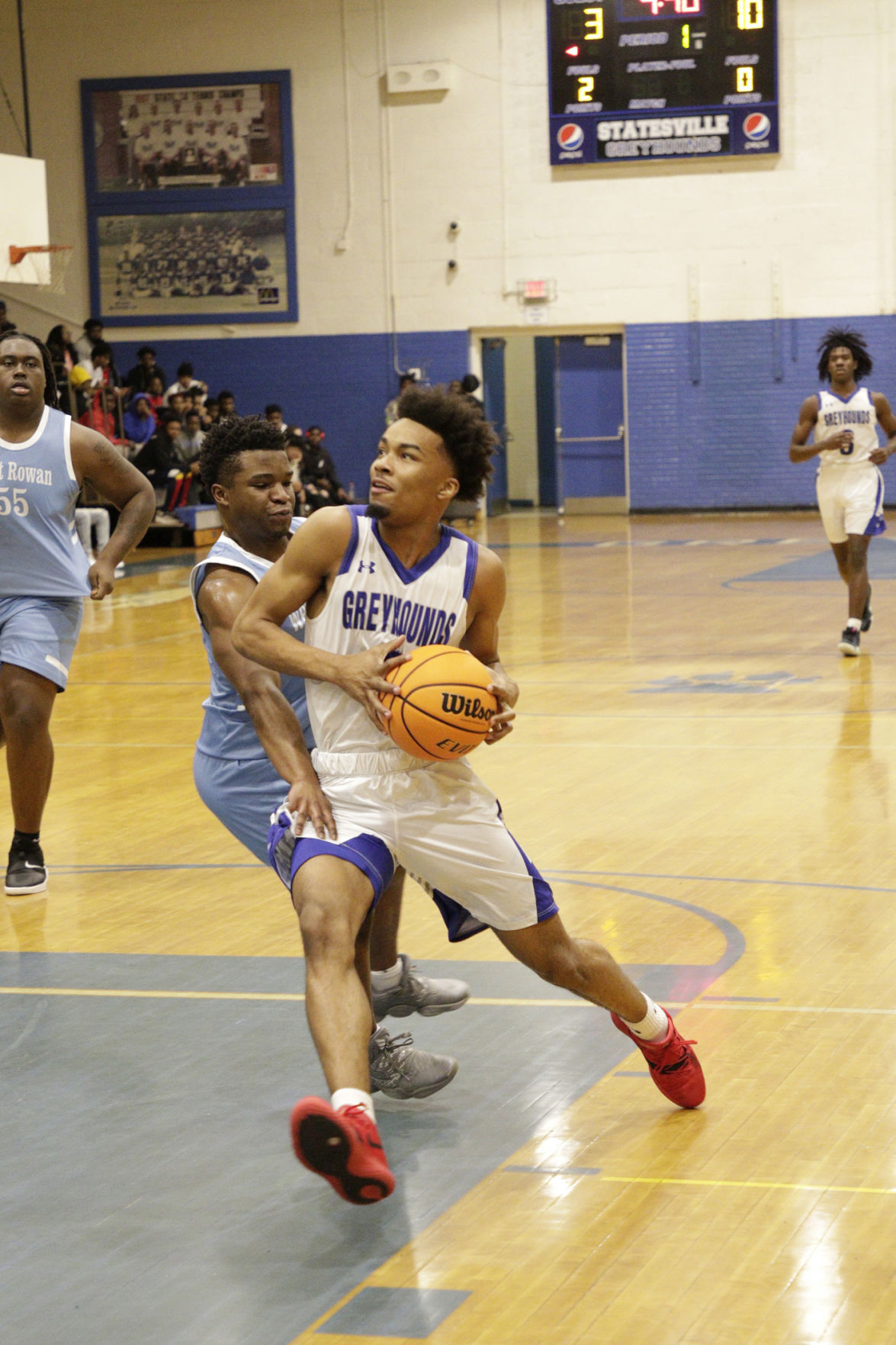 Statesville's Miykei Fields elevates for a basket during the Greyhounds' win Thursday night over West Rowan.

Miykei Fields had high expectations for his senior night, but even he admitted he went beyond those Thursday, leading Statesville to a convincing 79-57 victory over West Rowan to clinch the North Piedmont Conference regular-season championship.

“I came out trying to provide first and then my shot started falling,” Fields said. “I thank my team for that. They kept giving me the rock. Then we just stepped up on defense and the defense boosted our offense.”

Statesville came out of the gates hot. The Hounds hit their first five threes of the night, four of the five coming from the hot hand of Fields.

West Rowan looked out of sorts from the start. The Falcons struggled to keep up with Statesville’s run-and-gun offense. They trailed 23-9 at the end of the first quarter.

It was much of the same in the second quarter and the second half as Statesville held serve on their way to their seventh consecutive win and their second consecutive NPC regular season title.

The seven wins in a row for Statesville have come after two mid-season setbacks to Carson and North Iredell. Statesville head coach Sonny Schofield said his team was able to find their rhythm after those losses.

“You’ve got to be able to find rhythm,” Schofield said. “That comes in practice and we still had some up and down practices and some people weren’t feeling it. You just got to get your confidence back and tonight we were very confident.”

Thursday night’s win will likely prove huge for the Greyhounds. With the win, the Hounds not only clinched the conference title, but will likely host at least two playoff games.

“I hope this is not a one and done thing,” Schofield said of Thursday’s performance. “Just subtle reminders and continue to emphasize the things I can in practice.”

Statesville led late in the fourth quarter but ultimately fell to West Rowan 48-45 on Thursday night.

In a game that was back and forth from the start, Statesville found themselves with 45-44 lead with 34 seconds remaining.

But the Greyhounds missed several crucial free throws down the stretch and fell behind 46-45 on a West Rowan put-back with 16 seconds left.

Trailing 48-45 with 7 seconds left, the Greyhounds failed to come up with an answer and West Rowan came away with an important victory to clinch at least a share of second place in the North Piedmont conference.