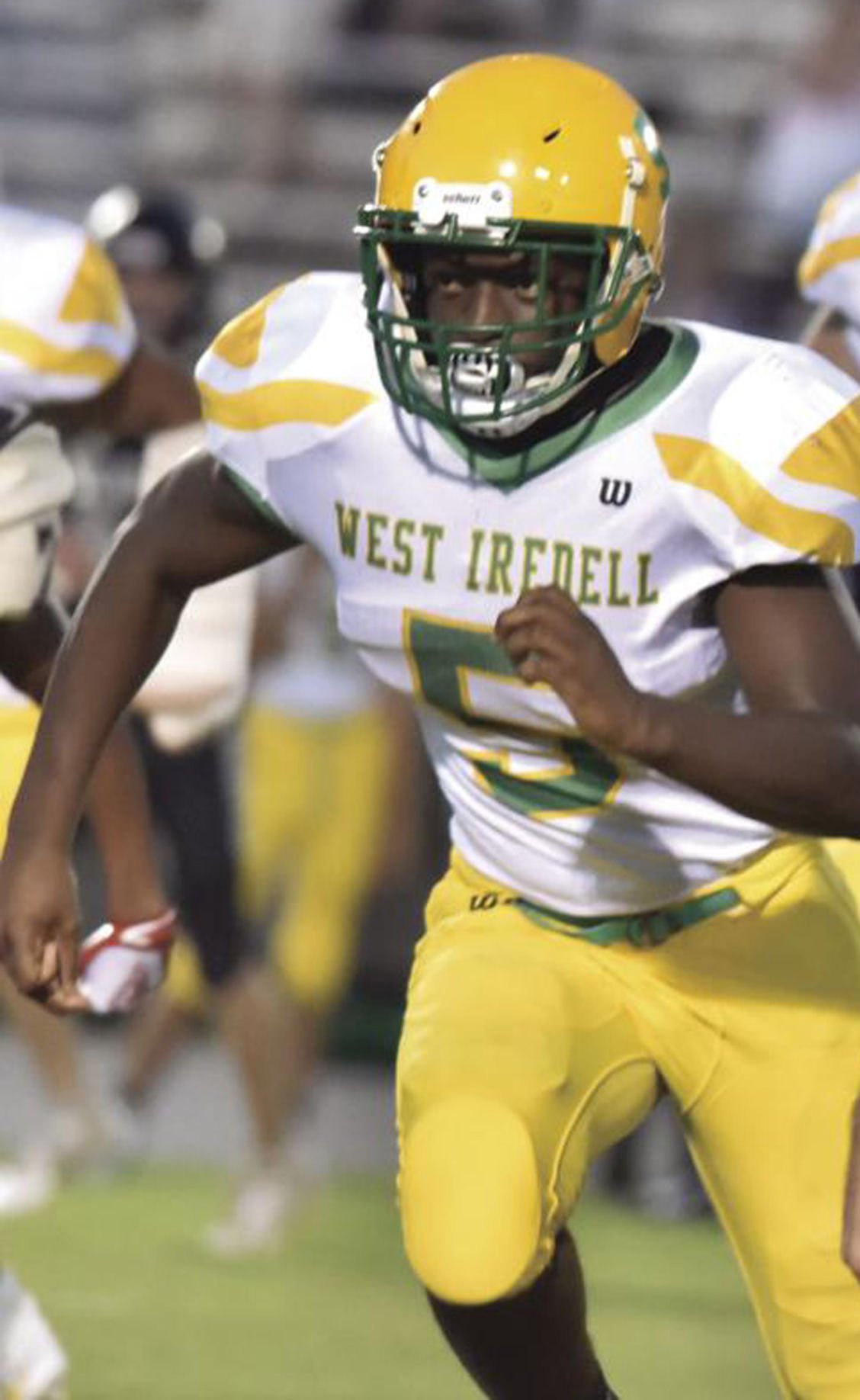 West Iredell's Trey Mauney pursues an opposing player with the ball. The senior linebacker is considered a leader who plays with toughness and high energy. 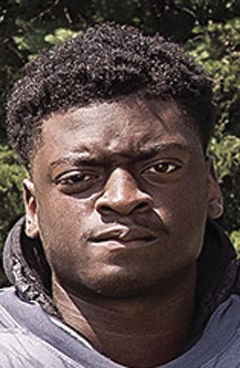 West Iredell's Trey Mauney pursues an opposing player with the ball. The senior linebacker is considered a leader who plays with toughness and high energy.

Have you killed one?

That time may come. His love of game hunts only developed within the last four years.

Deer hunting is a favorite. Gun season for deer draws closer by the day which excites Mauney—and Simmons, too, for that matter.

He’s not your average teenager off the field where another passion of his is working on cars with his father and brother. He’s shown an interest in that since he was about the age of 5.

He is rather handy to have around under the stadium lights.

Last Friday, Mauney scored a defensive touchdown against Statesville, albeit in a loss. He also recorded a sack and a tackle for loss.

Statesville quarterback Nebanye Moore and his running back appeared not to be on the same page late in the second quarter.

There to snatch up the loose ball at the Greyhounds’ 5-yard line was Mauney.

Moore desperately tried to pull him down before he crossed the goal line. It was close but ruled a TD.

“I was in there,” Mauney said matter-of-factly.

Simmons suggested it was fitting Mauney turned the Statesville miscue into a 5-yard return for six points.

Mauney’s sophomore year he dropped a would-be interception during the second half of the Warriors’ junior varsity game against Statesville.

“The ball hit him right in the hands,” Simmons recalled with a chuckle. “We really ragged on him. He probably could’ve taken that one back for a score.

“The karma was great to come around and get another opportunity against (the Greyhounds), and he got the scoop and score.”

West Iredell assistant principal Ben Johnson described Mauney as charismatic and an athlete that holds himself and his teammates accountable.

He is a “great motivator with high energy,” said Johnson, formerly an assistant football coach at West Iredell who maintains a watchful eye on the program. Simmons shared that sentiment, highlighting Mauney’s toughness and character.

To Mauney, leadership is equally as important as stopping the ball carrier.

“Some people get down on themselves when they mess up,” he said. “You’ve got to go on and fight for the next play. Everybody makes mistakes.”

They’re going hunting for a victory in their final tune-up for Northwestern Foothills Conference play.