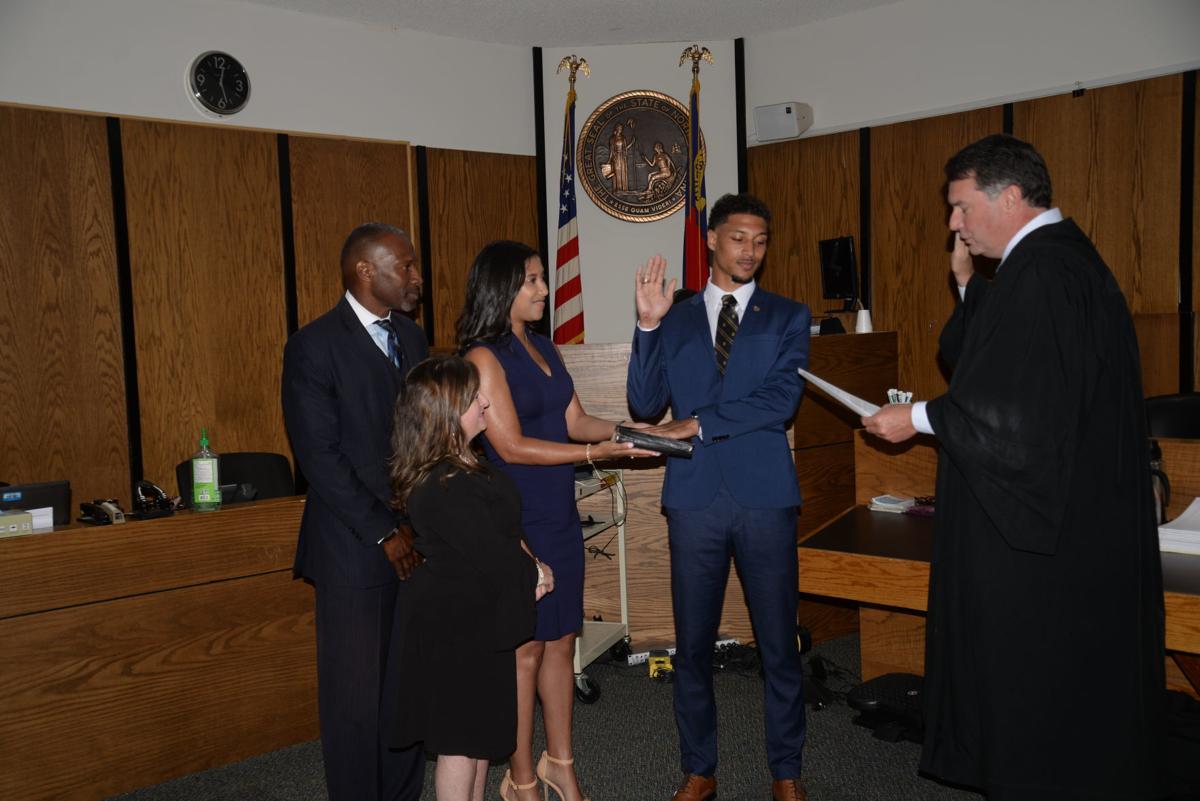 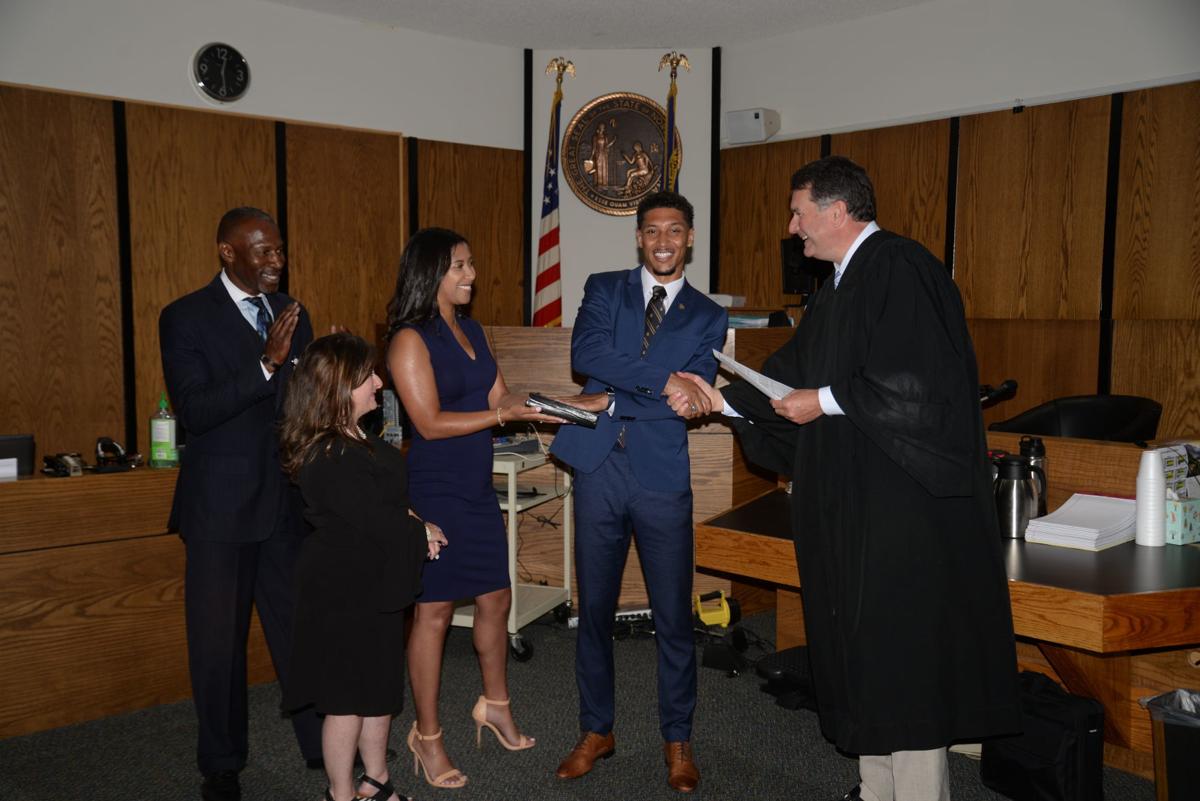 Administering the oath as a lawyer to Jordan Darty took less than a minute, but those seconds represented years of hard work he put in to reach this milestone.

Darty, who recently passed the North Carolina bar on his first try, is joining his father, Ken and sister, Kaleigh in what will be known as Darty ³ Law Firm PLLC. “That’s justice to the third power,” Ken Darty said prior to his son’s swearing in Monday.

He was surrounded by as many people as possible with social distancing considerations in the Iredell County Hall of Justice Superior Courtroom.

Crosswhite was the one who pointed out what the words he read meant in terms of years of study and hard work necessary to reach this point.

Crosswhite said from the time a student decides to become a lawyer, there’s years of classes and other requirements ahead, from high school to undergraduate work to taking the LSAT (to qualify for law school) and then law school.

“You go through all that, and then you have to take the bar exam,” he said. “The only way I can describe it is two or three months of pure hell,” he said. “It’s lots of late nights and sleepless nights.”

Darty’s resume is indicative of the work he put into becoming an attorney.

He earned his bachelor’s degree from the University of North Carolina and attended the Charlotte School of Law. Darty finished his law degree at Lincoln Memorial University’s School of Law in Knoxville, Tennessee.

He currently volunteers as a mentor for Hospice of Iredell County Rainbow Kidz Camp and was a menor with the Iredell County Parks and Recreation Department for one year.

Now that he is a lawyer, he will focus on contracts, civil, sports and entertainment law. Ken Darty said he and both his children will be taking an exam in Washington, D.C., in July that will allow them to negotiate NFL and NBA sports contracts.

Darty was sworn in Monday using the Bible belonging to his grandfather, Charles Feimster.

Ken Darty said he was surprised when his son opted for law school.

“I never expected him to be where he is today,” he said. He described Jordan as the quiet one of his two children, and choosing a career in which speaking in public is an important part of the job.

But, Darty said, when his son did choose to follow in his footsteps, he was thrilled.

Darty said he watched with pride for four years as Jordan, a student at UNC, played football. After graduating from UNC, Jordan Darty chose to transfer from the Charlotte School of Law and finish his education in Tennessee. And it turned out to be a good move, his father said.

“He flourished there. He did extremely well,” Darty said.

Darty thanked those who helped Jordan along the way, from his sister (his biggest cheerleader) to his grandparents. He also talked about his own mother, Alberta.

Leigh Ann Darty, Jordan’s mother, expressed her own pride at seeing her son take the oath.

“You want to see your children happy,” she said. “I am very, very grateful.”

True to his quiet nature, Jordan Darty offered a few words of appreciation. “Thank all of y’all for being here,” he said.