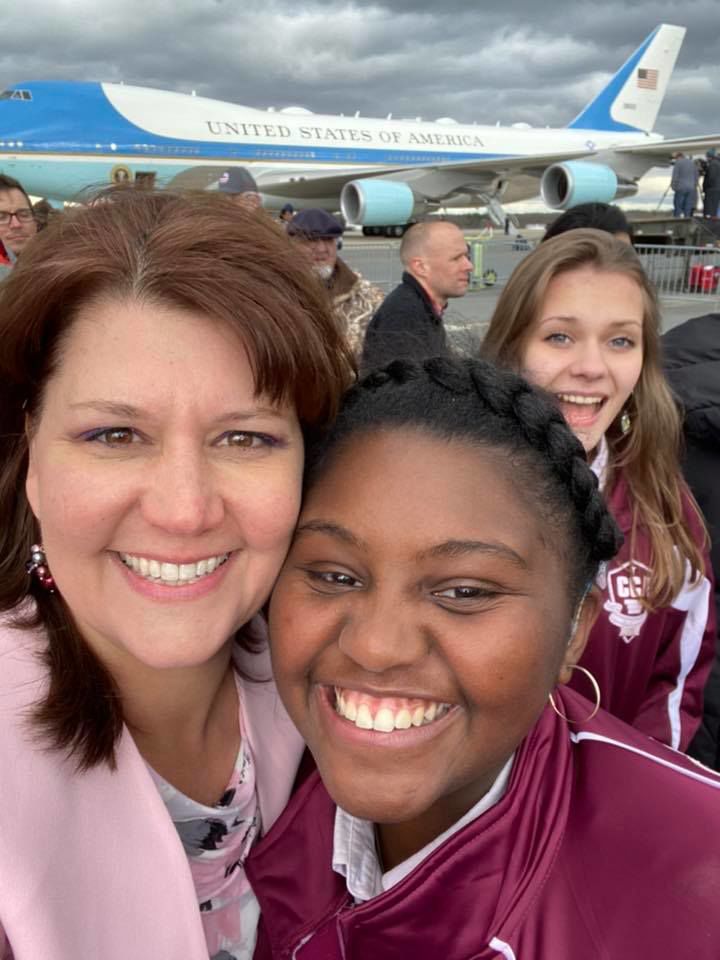 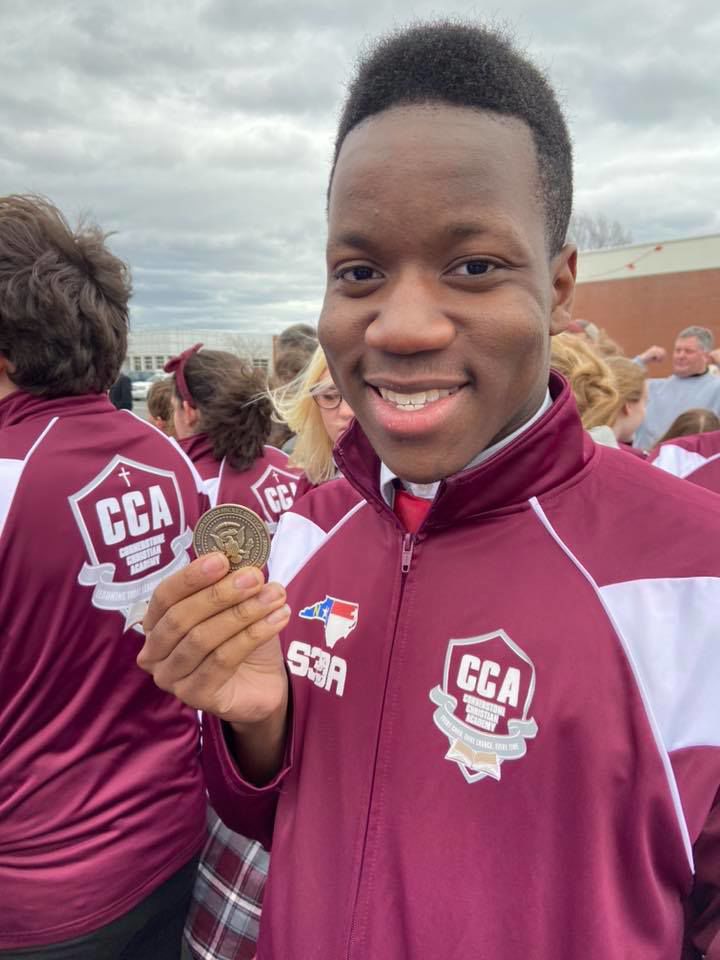 Cornerstone Christian Academy student Keenan Cooper received a coin from the Secret Service after holding a door for them while preparing to greet President Donald Trump on the tarmac in Charlotte Friday.

“To witness the respect for the office of the president is something people won’t see every day, and some people won’t ever see it,” Principal Renee Griffith said. “It’s humbling.”

The school helped students apply to attend the Charlotte opportunity summit the president spoke at Friday after political analyst Brian Summers reached out to them with the opportunity.

Summers is from Statesville, though he currently lives in Washington, D.C.

Summers said he had visited Cornerstone twice and had spoken to the academy’s students before.

He was familiar with the program and was thinking about the importance of a parent’s choice in education the president mentioned during his State of the Union address Tuesday.

He thought the students would enjoy seeing the president’s speech in person, and the school is a good example of choices available for education.

Griffith said the White House called her to tell her the summit was geared toward adults, and that students wouldn’t be allowed. Griffith advocated for her students, explaining they were in high school and would soon be navigating the business world.

“To receive a call from the White House is stunning,” Griffith said.

She received that call Wednesday and told the students Thursday.

They had to submit information to the Secret Service on Thursday as well, so they could be cleared. Griffith said it was a busy day. Friday morning, the students were on a bus to Charlotte.

Griffith said only 150 guests were invited to welcome the president on the tarmac. The students watched Air Force One land and the presidential motorcade prepared for Trump.

Secret Service agents gave the students instructions for greeting the president. No one could turn their back to him, reach out to touch him or give him a pen to sign something. He had his own.

“The students were very excited. Several of our students are Trump fans. Some of them are undecided, and some of them are not,” Griffith said. “It was a learning experience.”