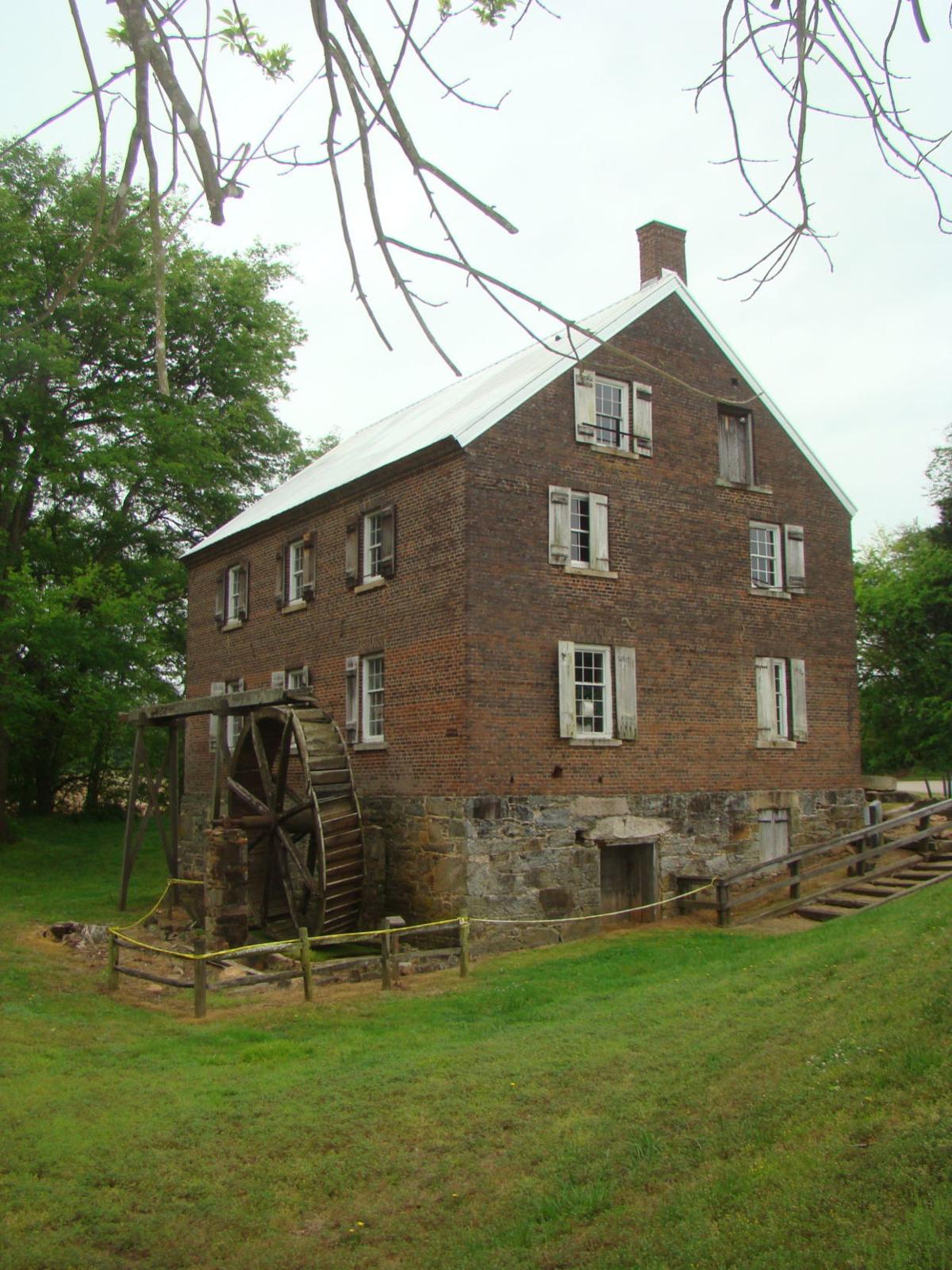 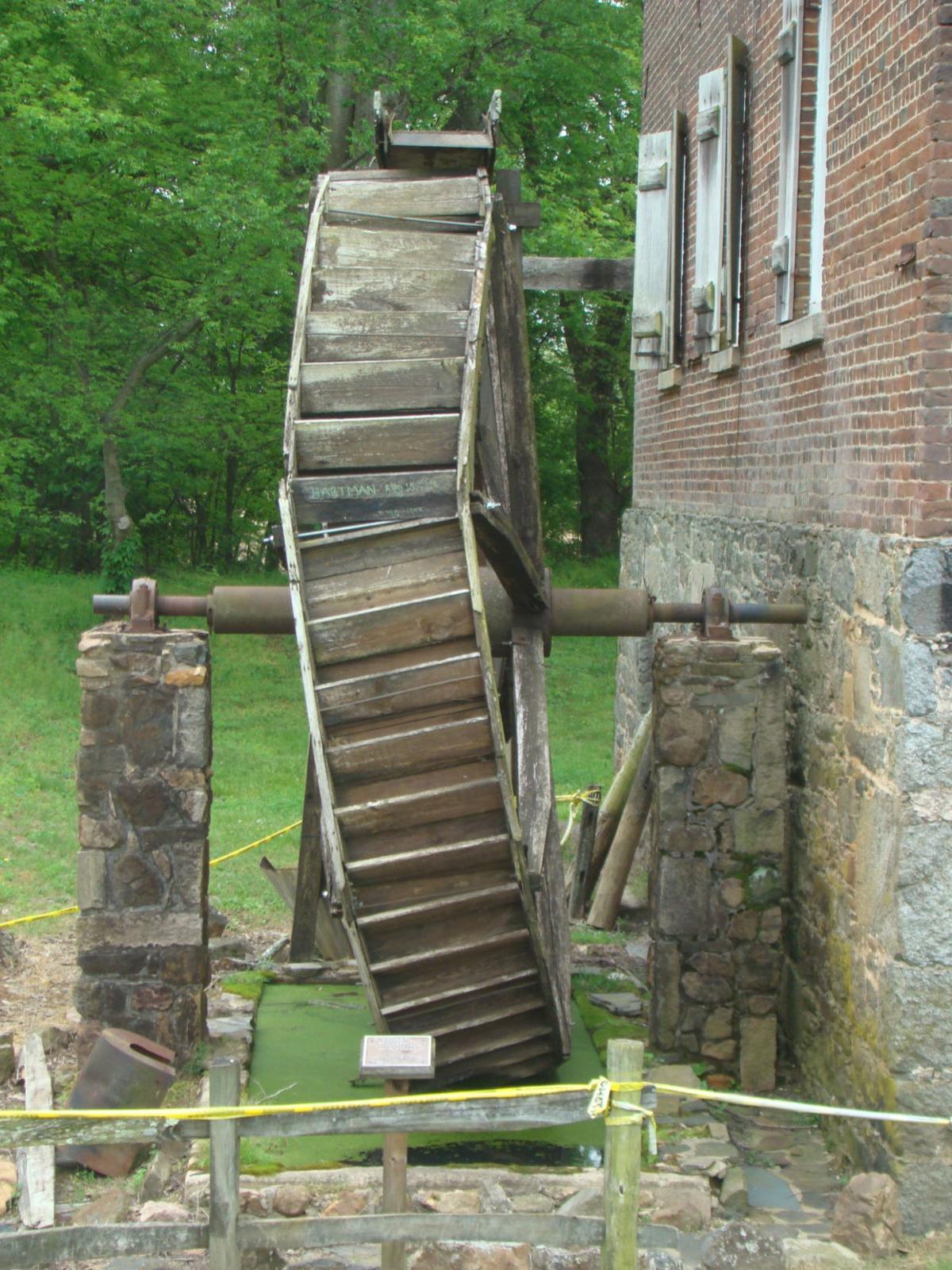 The dilapidated overshot water wheel at Kerr Mill is shown. 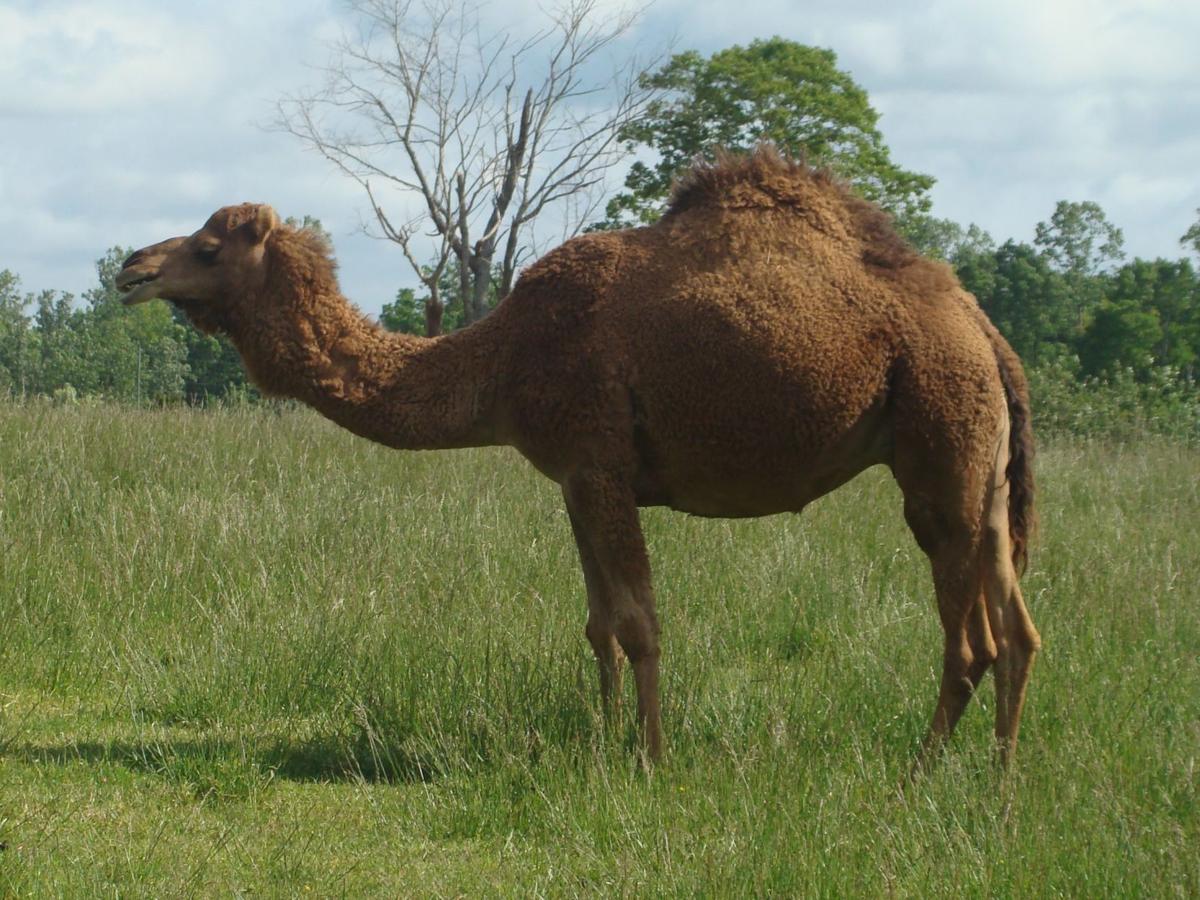 A dromedary camel is one of the animals at Lazy 5 Ranch. 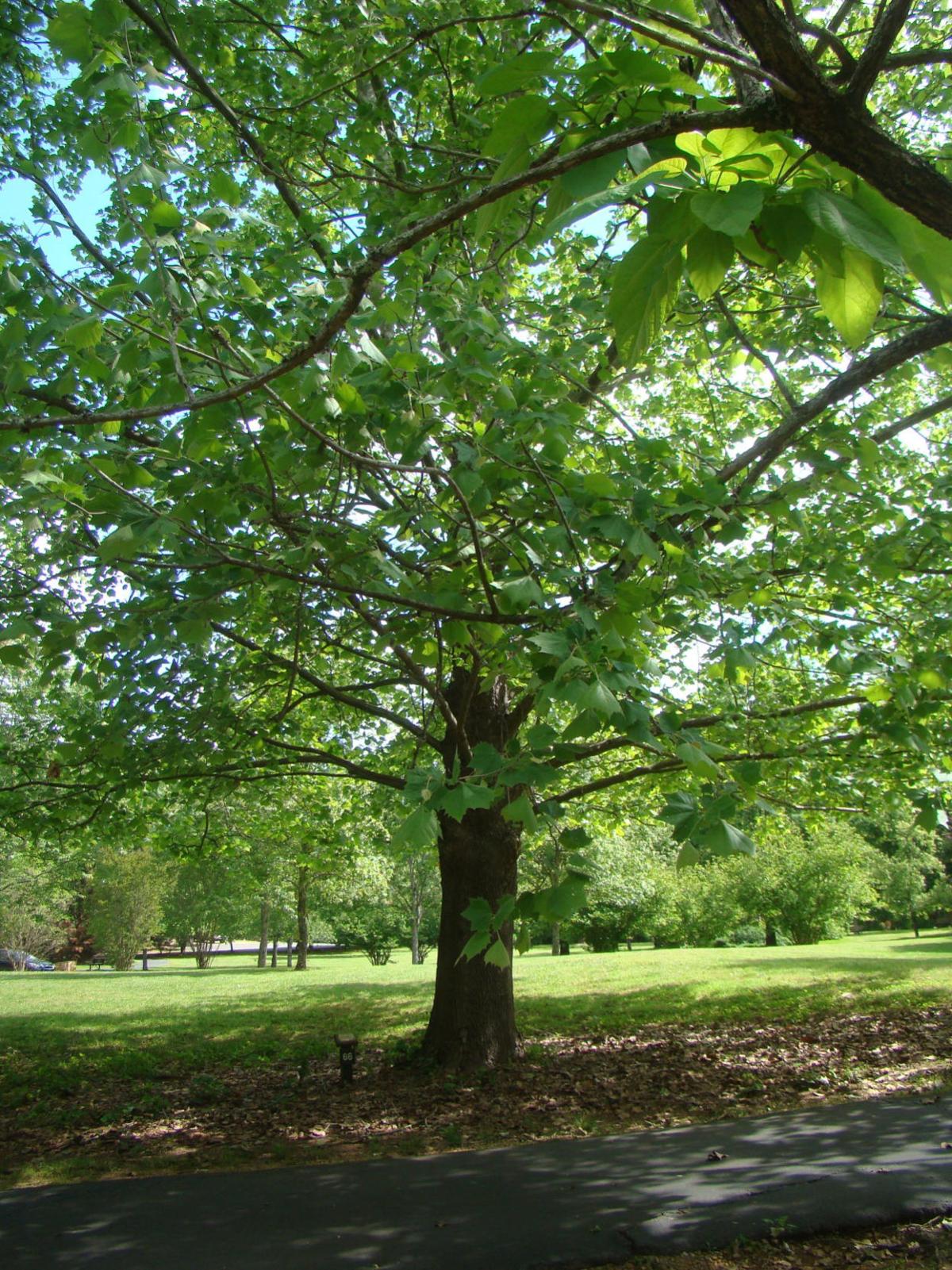 The “Moon Tree” sycamore is one of the attractions of Sloan Park. 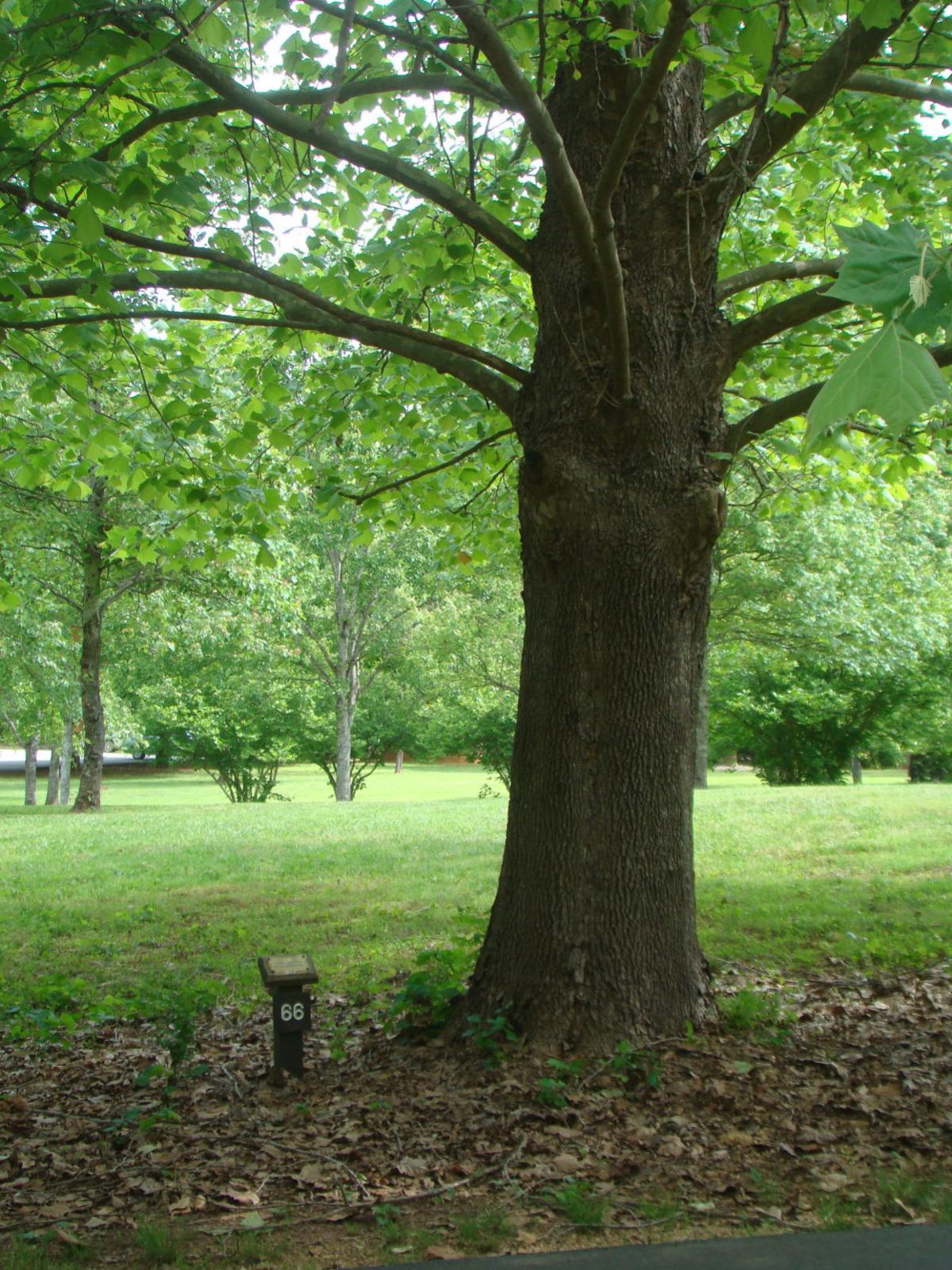 The “Moon Tree” sycamore is in Sloan Park. 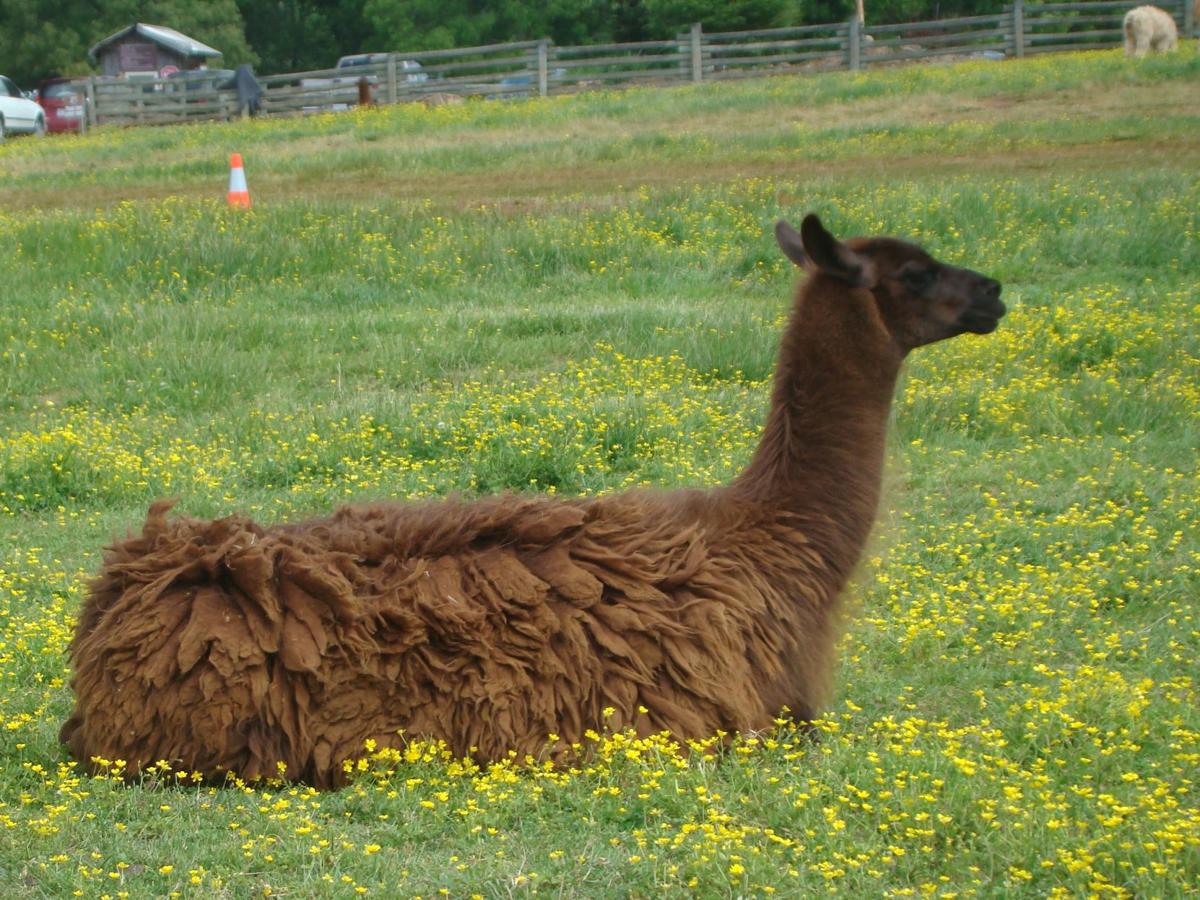 A pregnant llama rests in the grass at Lazy 5 Ranch. 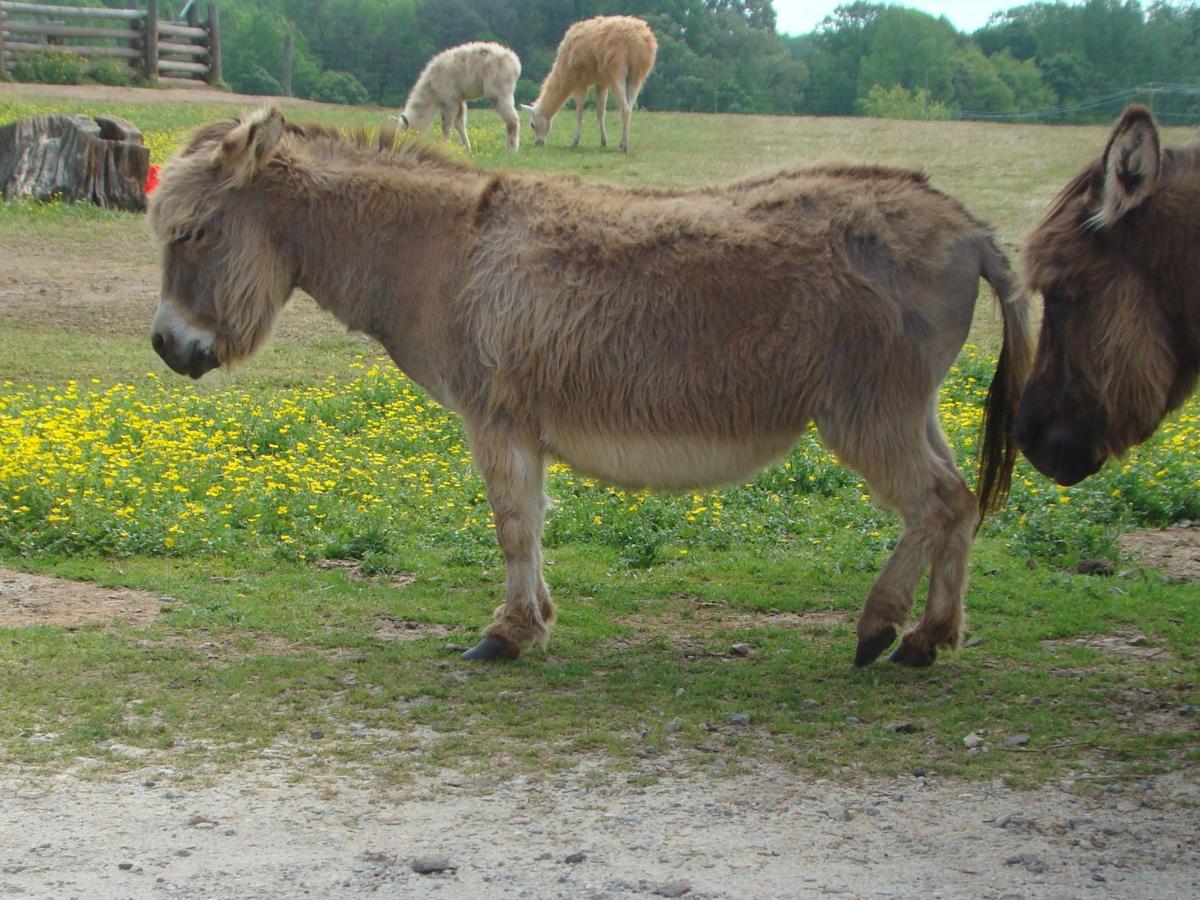 A Sicilian donkey at Lazy 5 Ranch stands as llamas graze in the background.

The dilapidated overshot water wheel at Kerr Mill is shown.

A dromedary camel is one of the animals at Lazy 5 Ranch.

The “Moon Tree” sycamore is one of the attractions of Sloan Park.

The “Moon Tree” sycamore is in Sloan Park.

A pregnant llama rests in the grass at Lazy 5 Ranch.

A Sicilian donkey at Lazy 5 Ranch stands as llamas graze in the background.

This is the first of two stories about attractions in Rowan County. The second part will run Sunday, May 10.

Even with gasoline at a low price, why drive for hours to a location for rest and relaxation, when there is a very nice place almost next door? I’m referring to the area around Sloan Park just off N.C. 150 East in the communities of Mount Ulla and Mill Bridge, in Rowan County. Mount Ulla, incidentally, is named for a medieval Gaelic kingdom, Ulaid, in northeastern Ireland.

The easiest route to these locations is to take N.C. 115 South to Mooresville and then turn left (east) onto N.C. 150. Soon the highway changes its local name from “Oakridge Farm Highway” to “Mooresville Road.”

The first attraction one comes to while heading eastward toward Salisbury is the Lazy 5 Ranch, a 165-acre exotic animal park, at 15100 Mooresville Road (N.C. 150), which features more than 700 animals from six continents. The ranch opened to the public in May1993.

Their menagerie includes Ankole-Watusi cattle (with up to a 12-foot horn spread), dromedary (one hump) camels, llamas, giraffes, red kangaroos, oryxes, white rhinoceroses, zebras and other interesting and exotic creatures. These animals can be seen from the comfort and safety of your car while on the 3.5 mile “safari” trail.

Hours during the COVID situation are Monday through Saturday, 9 a.m. until 2 p.m. and Sunday, noon to 2 p.m., but when the ranch reaches maximum occupancy, they will need to close for the day. They advise that visitors will need to expect four to five hours in the drive-thru if arriving after 10 a.m.

Back on N.C. 150 and proceeding eastward toward Salisbury, you come to Sloan Park, a branch of Rowan County Parks & Facilities, which was officially opened in 1982. The park has 93 acres of green space, three miles of trails, five picnic shelters, volleyball courts, a softball diamond, a playground, an 18-hole disc golf course and, thankfully, public restrooms. In addition, free WiFi is available. The physical address of the park is 550 Sloan Road, Mount Ulla, and it is open daily year-round. Admission is free. Hours for May are 8 a.m. to 8 p.m. The park’s supervisor is Rocky Cain; his telephone number at Rowan County Parks & Facilities is 704 - 637-7776.

Adjacent to Sloan Park is the historic Kerr Mill. The mill is situated on a six-acre site also at 550 Sloan Road and since 1976 has been listed in the National Register of Historic Places. Sloan Road is to the left just east of Sloan Park.

The two-story brick grist mill was built in 1823 by Joseph Kerr, a large plantation owner. The structure passed through various owners and was operated commercially until the 1940s. It was given to the citizens of Rowan County in 1973. The mill was restored and reopened in 1976. It was originally powered by an undershot waterwheel, now in disrepair, however, its restoration has been budgeted and approved.

Also located in Sloan Park is a sycamore tree, known as a “Moon Tree,” that was grown from a seed that was in space for nine days in 1971 as part of a joint NASA/U. S. Forest Service experiment aboard the Apollo 14 capsule. Five hundred seeds, from loblolly pine, sycamore, sweetgum, redwood and Douglas fir trees were included in the spacecraft because Command Module Pilot Col. Stuart Roosa (1933-1994), before becoming a test pilot and then an astronaut, had been a U.S. Forest Service “smokejumper.”

The seeds in the capsule orbited the moon 34 times. Some 420 to 450 seeds eventually germinated and were subsequently distributed around the United States as well as abroad. Poor record-keeping, however, has resulted in few of the locations where the trees were planted being known. Actually, the tree in Sloan Park came from a cutting of a moon tree, so it might be more accurate to refer to it as “Son of Moon Tree.”

There are two other moon trees—both sycamores—in our state. One can be found at the Botanical Gardens at Asheville; there is another nearby in the Cradle of Forestry in the Pisgah National Forest.

More information can be obtained on the Lazy 5 Ranch and Sloan Park by going to their websites: info@lazy5ranch.com; and

Due to the present health situation regarding the COVID-19 virus, it is advised that you verify the hours on these places before going there.