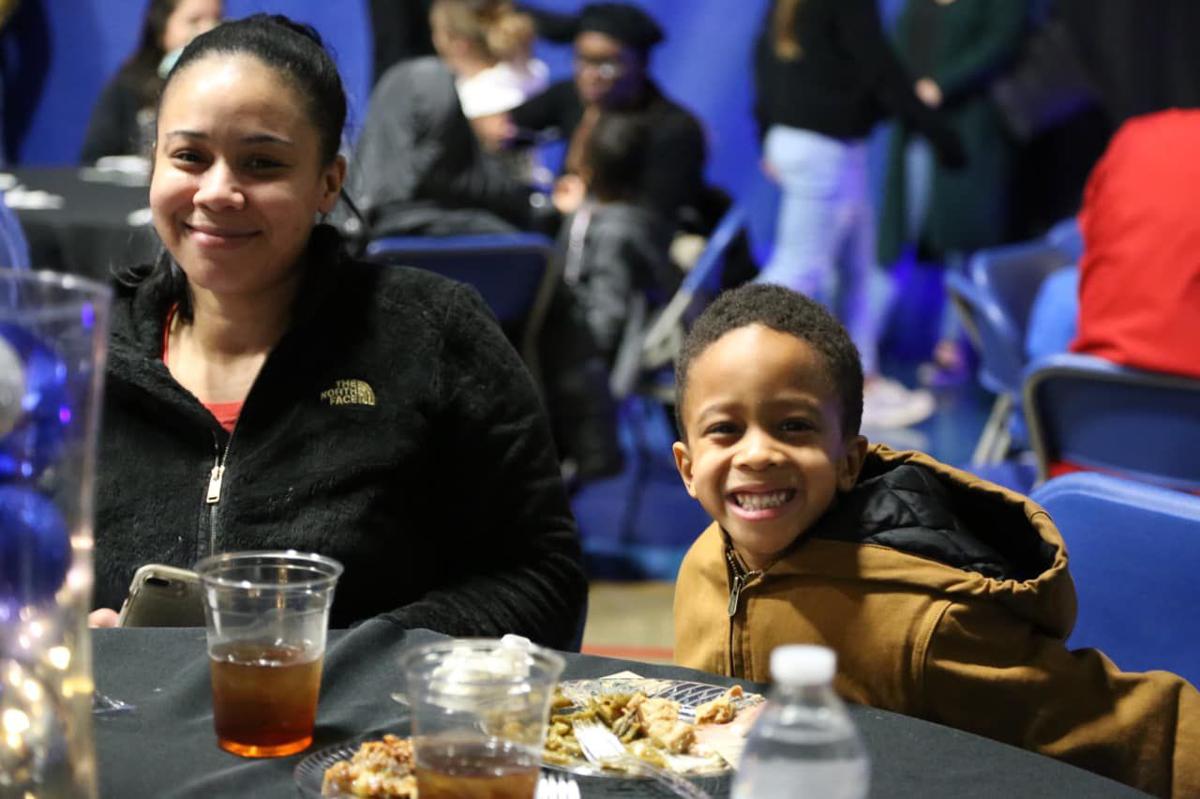 Power Cross brings fun - and football - to a growing group of young athletes. 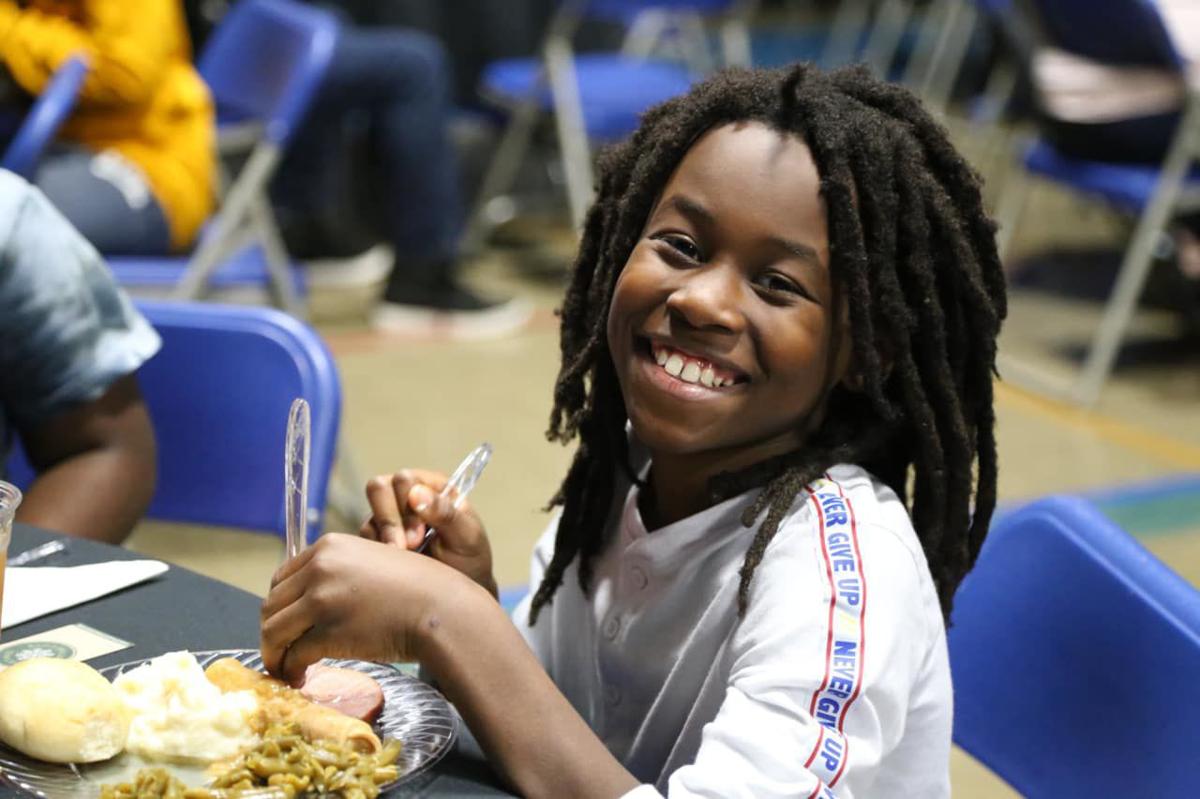 The smiles abounded at this Power Cross community event. 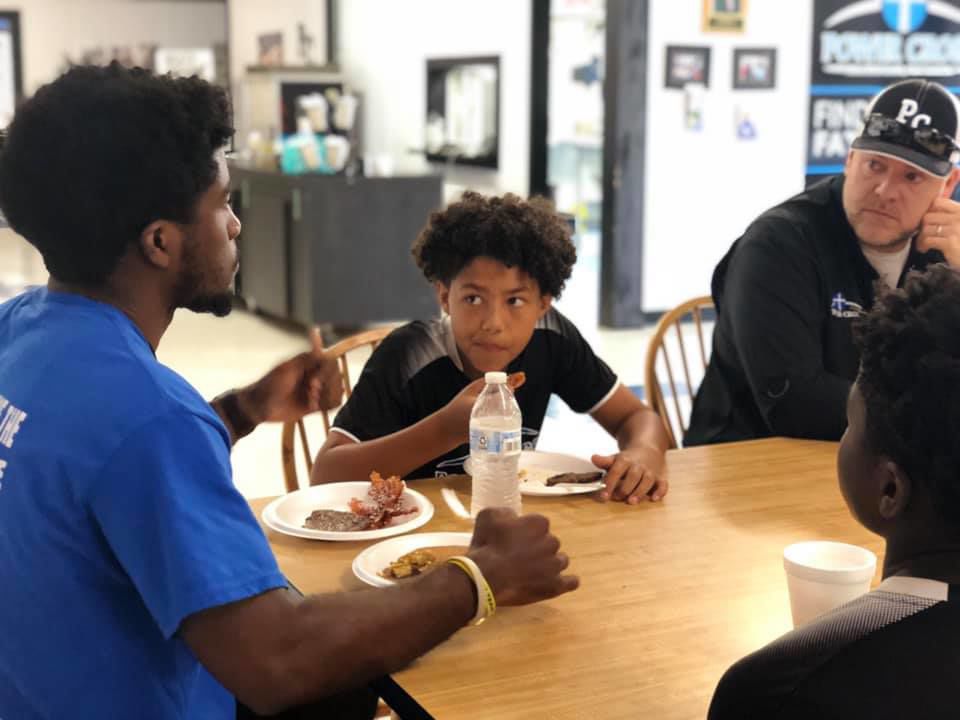 Mentoring is part of the program for Power Cross athletes. 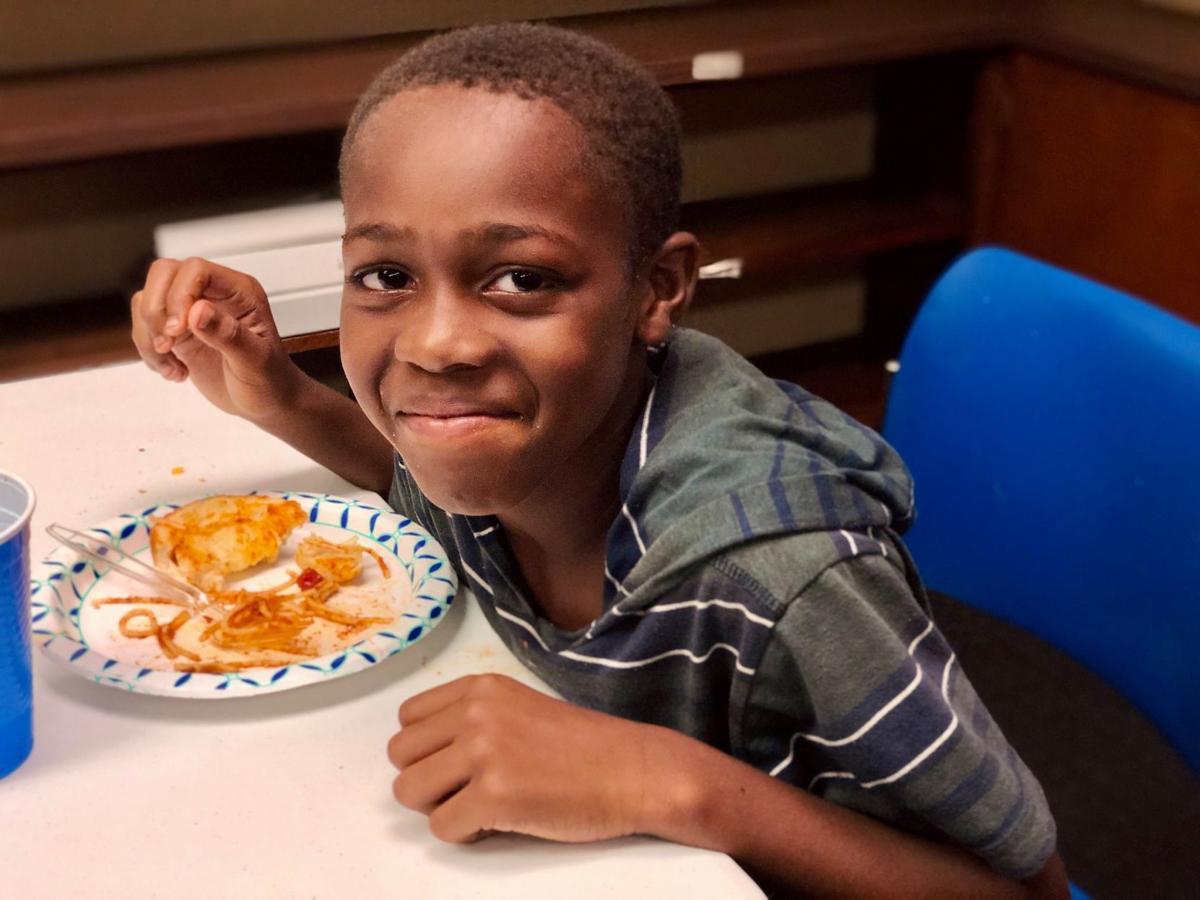 A young man enjoys a moment at a Power Cross event.

Power Cross brings fun - and football - to a growing group of young athletes.

The smiles abounded at this Power Cross community event.

Mentoring is part of the program for Power Cross athletes.

A young man enjoys a moment at a Power Cross event.

Power Cross is partaking in the Love United Iredell campaign to raise money to provide meals for more than 300 boys in Statesville and Salisbury.

The money generated by this fundraiser will give seven boys a reliable hot meal for a year. Ninety percent of Power Cross’ participants live at or below the poverty line, so providing a meal is important.

Storment said the food program is one of the biggest the ministry provides to the boys it serves. They serve about 250 meals a day or 60,000 meals a year. While they get some food donations, Power Cross could always use more. It’s a year-round need for the organization.

Power Cross is trying to raise $5,000 during the Love United Iredell fundraiser.

Power Cross’ food program includes other services as well, including a Christmas

dinner during the holidays, snacks for the boys after workouts and supplemental groceries for families that need them.

“We have some community support, but when you’re doing 60,000 meals, you can definitely have a lot more support to get those knocked out,” Storment said.

Power Cross began after Storment’s son started bringing friends home with him. Storment said the number of boys coming to their home after school grew until she and her husband, Jeff, decided to help boys full time.

Power Cross hosts boys every day after school, giving them an afternoon snack, academic assistance, dinner and the chance to play sports.

Storment said Power Cross opened its Salisbury location in 2017 because many boys in Statesville would go to Salisbury when public housing became available. The organization was traveling between the two cities trying to keep the children who moved involved in the organization. There was also a lot of gang-related violence between the two cities in 2016 and 2017, she said.

“We really felt like God was telling us to go there, and that there was a job to be done there,” Storment said. “We started with a big football camp, had about 300 kids come, and we started the program with about 50 kids there. We have about 150 there now.”

Storment said they’re considering a third site but haven’t made a decision.

At the end of the month, Power Cross will have a volunteer orientation to show people the needs of the facility. Storment said there are needs for people who want to interact with the boys and for those who want to work behind the scenes.

Contact Power Cross through the organization’s website www.powercross.org, which includes links to social media accounts. Storment said people interested in volunteering or donating can stop by to ask questions or tour the facilities as well. Power Cross’ Statesville location is 1133 W. Front St.

Power Cross has a graduation rate of 100%. Storment said she was proud of that statistic.

Forty boys who participated in Power Cross are attending college and playing sports. Several have joined the military.

“We want to help them to know Jesus,” Storment said. “That’s important to us, and to be able to be well-rounded young men who can be productive citizens in their future.”

On The Level Mold and Repair Services