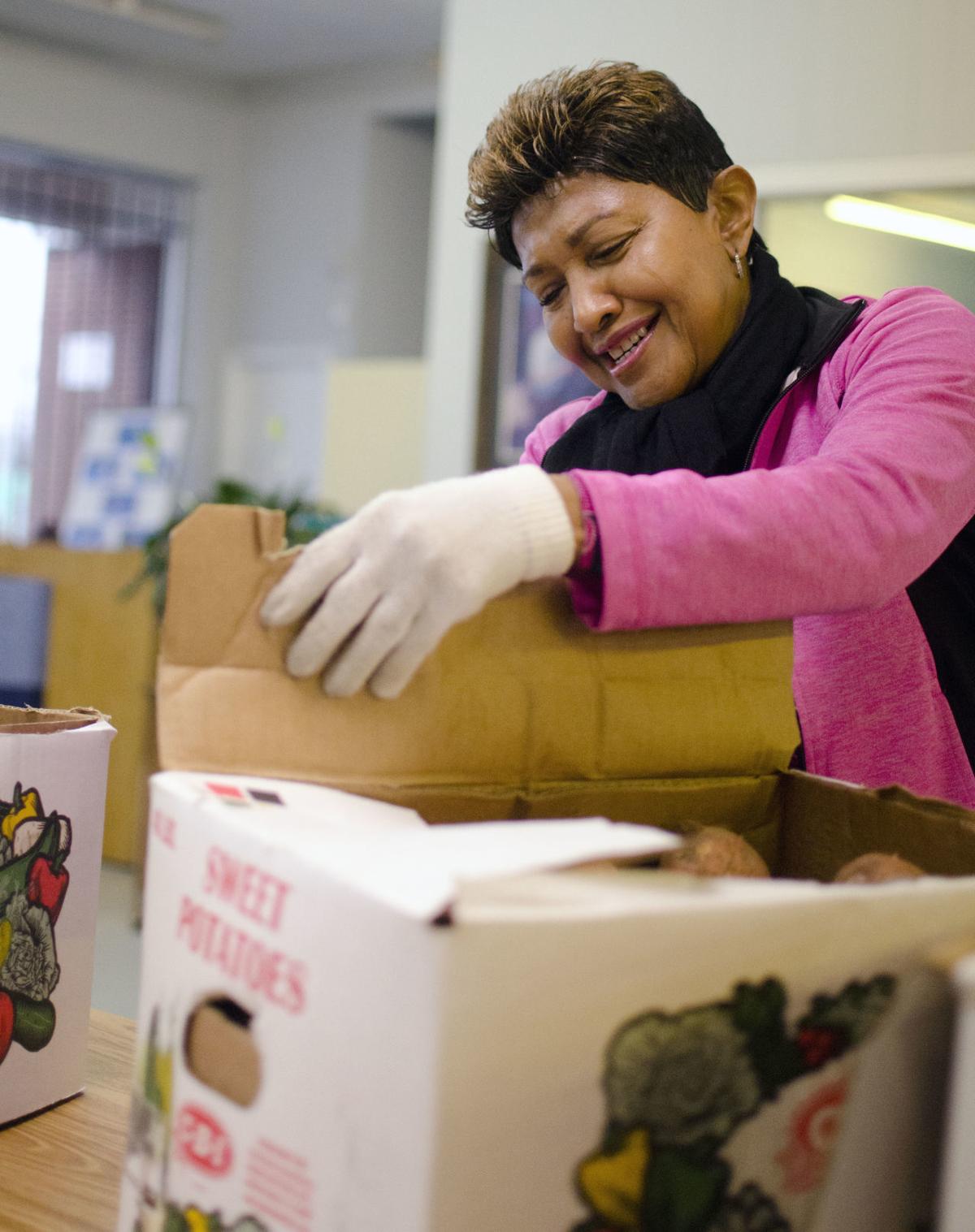 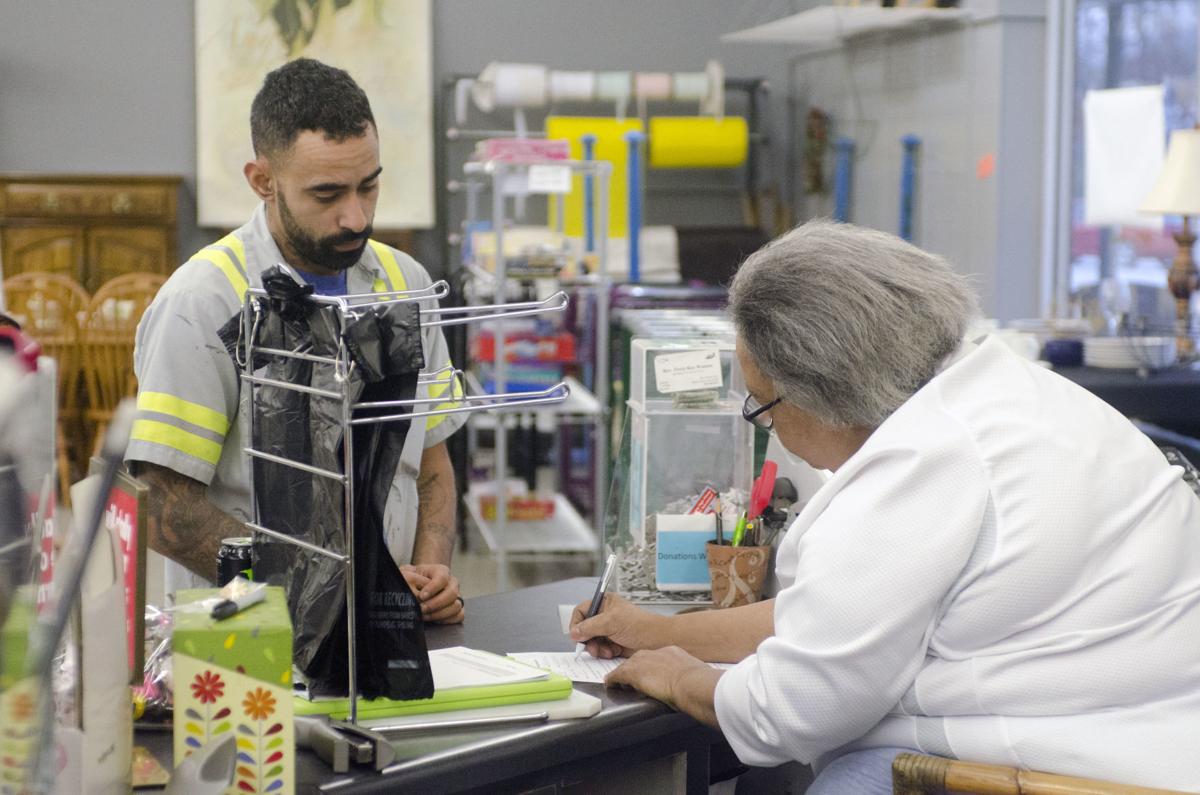 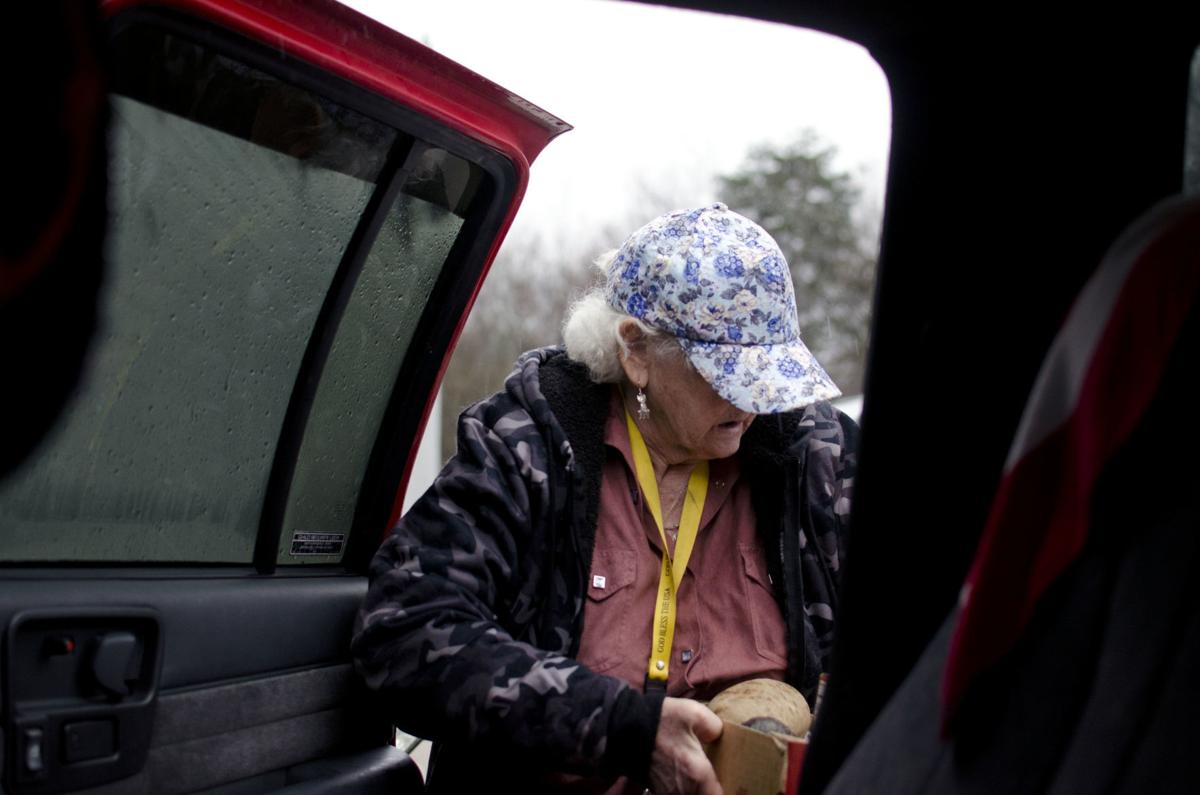 Pat May loads her car with groceries from Yokefellow Ministry. 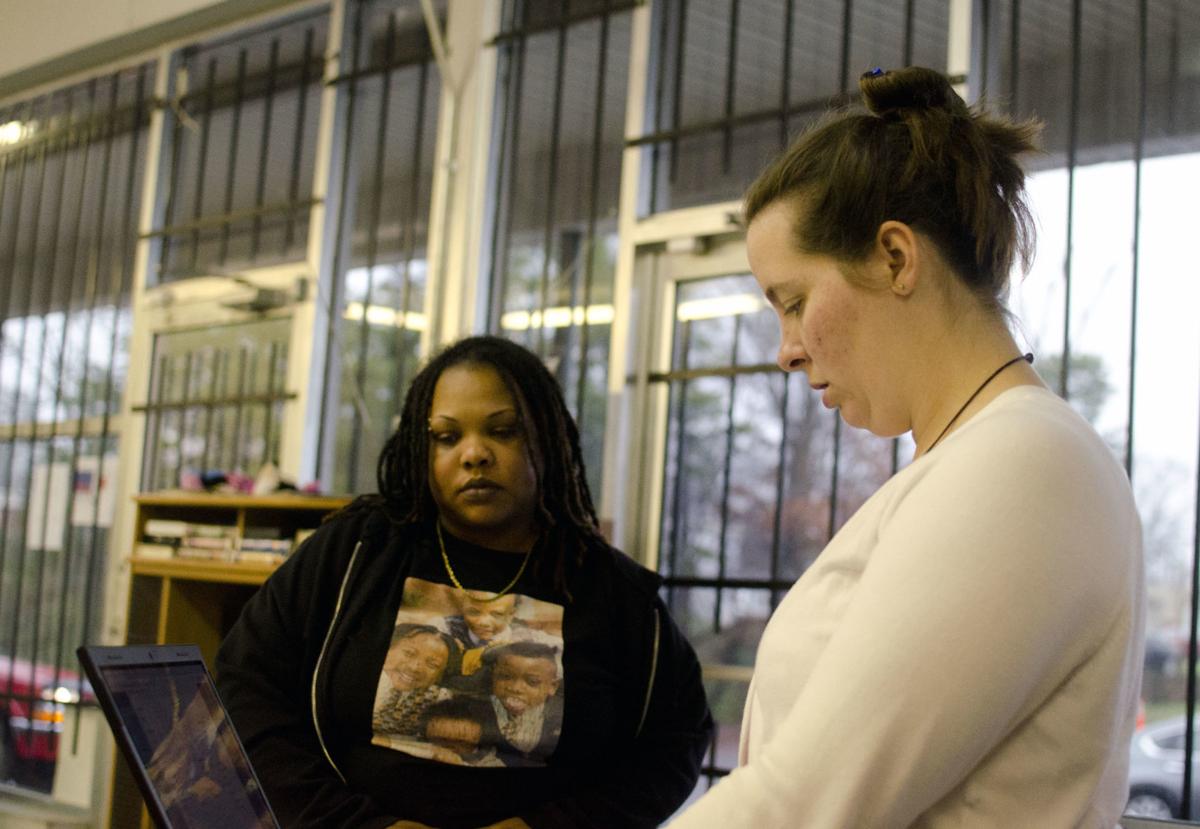 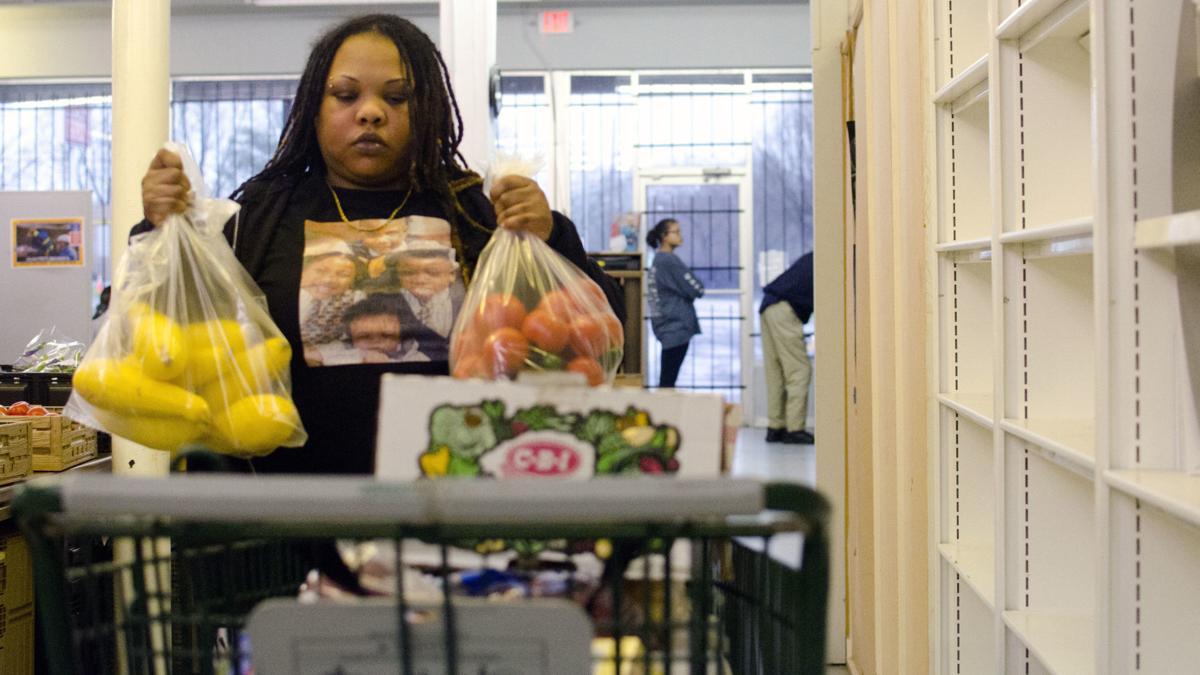 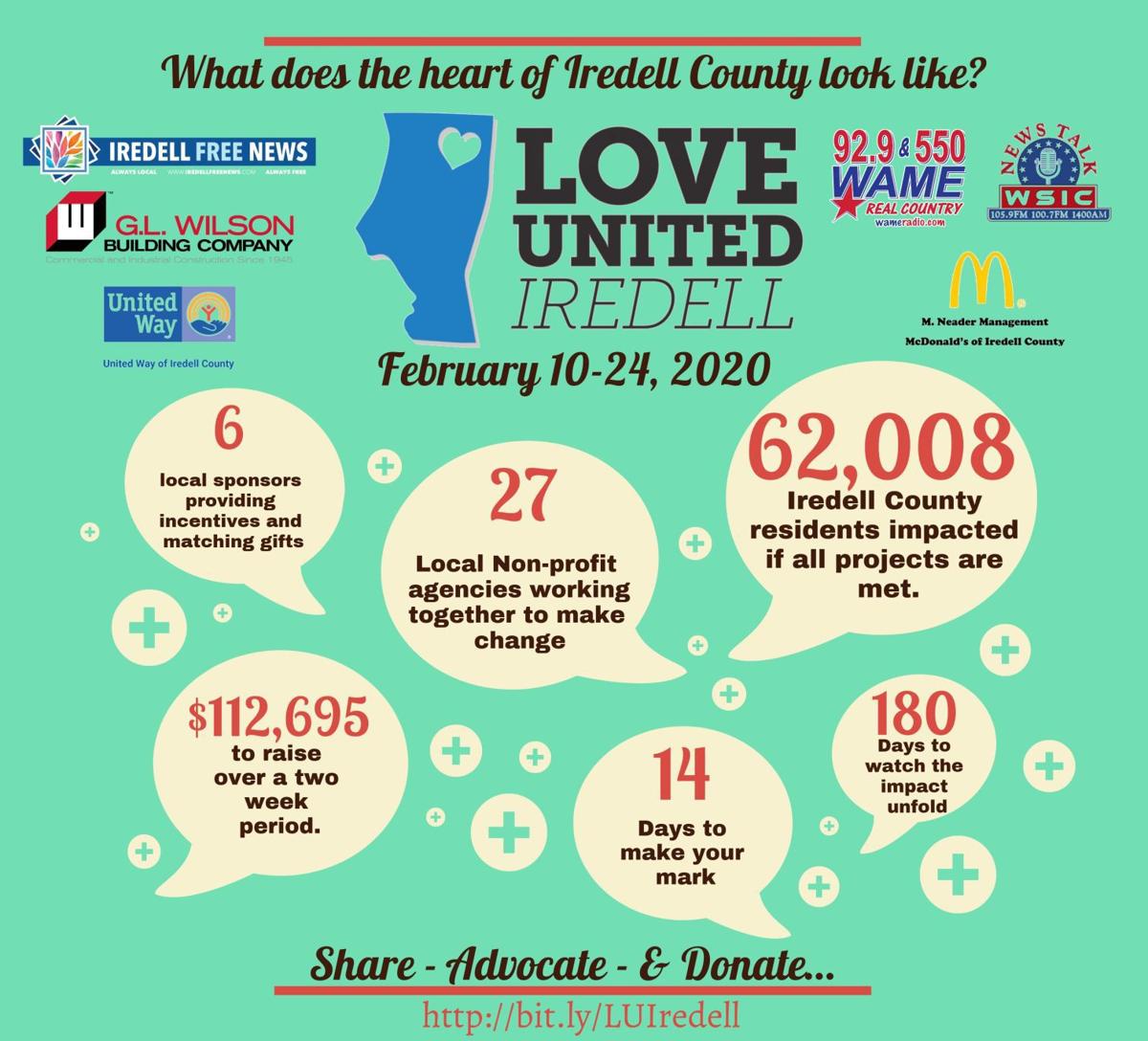 Pat May loads her car with groceries from Yokefellow Ministry.

After five years, Neil Furr has returned as Yokefellow Ministry’s executive director. Though he only returned to the position two weeks ago, he is brainstorming ways to revitalize the ministry with the nonprofit’s board.

Furr was Yokefellow’s executive director for seven years before he retired in 2015. Furr started volunteering at Yokefellow again about six months ago, working on the organization’s truck to collect donations.

Jean Land, a member of the nonprofit’s board of directors, asked him to come back in January after the previous executive director accepted a position with a ministry in Rowan County.

Land added that Furr’s knowledge paired with his background and manner made for a good fit for leading Yokefellow in a transitional period.

“It seemed like a natural thing to do,” she said.

Initially, Furr told Land no, but after sleeping on the offer, he changed his mind. Furr said he couldn’t say exactly what made him decide to return to the nonprofit. He wanted to help an organization he had poured years of effort into.

“I came into a good situation the first time. I think the reason I was brought in was because they (Yokefellow) had money but the services being provided weren’t that significant, and they wanted to increase services to match the money they were getting,” he said. “When I came into the agency this time, entirely different than the first time.

“The idea is we kind of have to get on the ball and make some things happen.”

Furr said the organization needed to increase the amount of money it generates.

Furr said that beyond the goals of the position, the job has changed since he left in 2015. Almost all of the inner workings of Yokefellow, like payroll, were manual before he left. Now, it is all digital. There is a learning curve as he learns how to operate the new systems.

Since Habitat for Humanity moved, the organization’s revenue has decreased.

The amount of volunteers at Yokefellow decreased as well. Furr said the organization wants to make several improvements.

Furr said he wanted to expand Yokefellow’s recycling program. In the past, the organization has recycled clothing and metals it couldn’t sell. The nonprofit makes around $1,000 from recycling materials now. Furr would like to see it making $8,000 to $10,000.

Furr also wants to improve the nonprofit’s publicity, space utilization in the thrift store and fundraising events like the Hungerwalk.

However, Yokefellow has seen some growth in the years Furr was retired. Yokefellow is a United Way of Iredell organization. Furr said the non-profit had been trying to partner with United Way for years.

This year, Yokefellow is one of the organizations spotlighted in the United Way’s Love United Iredell Program. Community members can look over the projects and then any donations will be matched by the United Way.

The amount of food the nonprofit provides for people in need is growing. The food ranges from canned food to fresh produce and dairy products, which is important for people in the area who don’t always have access to healthy food.

The food pantry receives donations from grocery stores and a local food distributer. Yokefellow also has barrels other organizations like schools and churches can put out to collect food donations.

There is also a rural food delivery service where volunteers and staffers deliver grains, meats, frozen vegetables and meal boxes to families in need and the elderly in rural areas. Yokefellow Help Center Manager Kat Wiles said 10 to 15 families receive the deliveries a month.

Wiles said Yokefellow also has a diaper program funded by the Speedway Children’s Charity. Families can receive diapers and wipes for the month until their child is 3 years old.

Yokefellow also helps people pay their utility bills. Wiles said they only receive federal money for that, and it is used quickly. Yokefellow wants to generate funds to expand the program.

Yokefellow’s truck connects almost all of these programs. Furr called it “the lifeblood of the organization.”

Furr said working on the 18-foot truck is hard partially because it involves lifting of heavy objects. The schedule is also hectic. The truck picks up donations for the thrift store throughout the day by appointment and food for the pantry.

Land said she wanted to see Yokefellow’s thrift store and helping center become less institutional, so people can feel even more comfortable browsing for hidden treasures or receiving services. Volunteers who wish to help spruce the buildings up would be welcome.

“We want to serve people in a dignified manner,” she said. “We’d like the helping center to look like a normal store.”

Land said the nonprofit was creating a vision committee to establish short- and long-term goals. There are seats open on Yokefellow’s board.

People who are willing to invest time and effort in Yokefellow are welcome to inquire about a position. Land said a future board member should have a passion for service. People with experience serving on a nonprofit’s board, who have been served by Yokefellow before, or could employ people receiving Yokefellow services are of particular interest.

Land said her vision of Yokefellow’s future includes a commercial kitchen where the organization can host cooking lessons and prepare meals for people to take home. She would also like to create an avenue for people to receive legal advice when dealing with contracts or a similar matter.

“We just want to serve the whole person,” Land said.