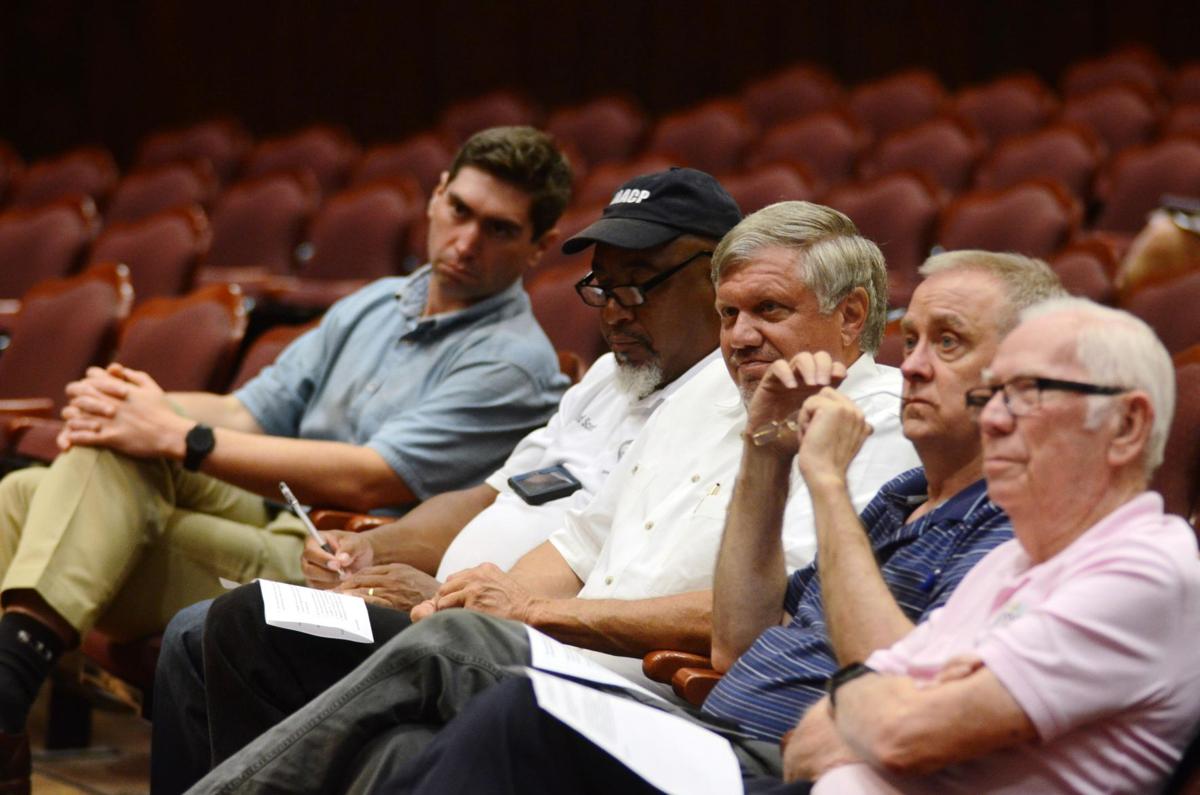 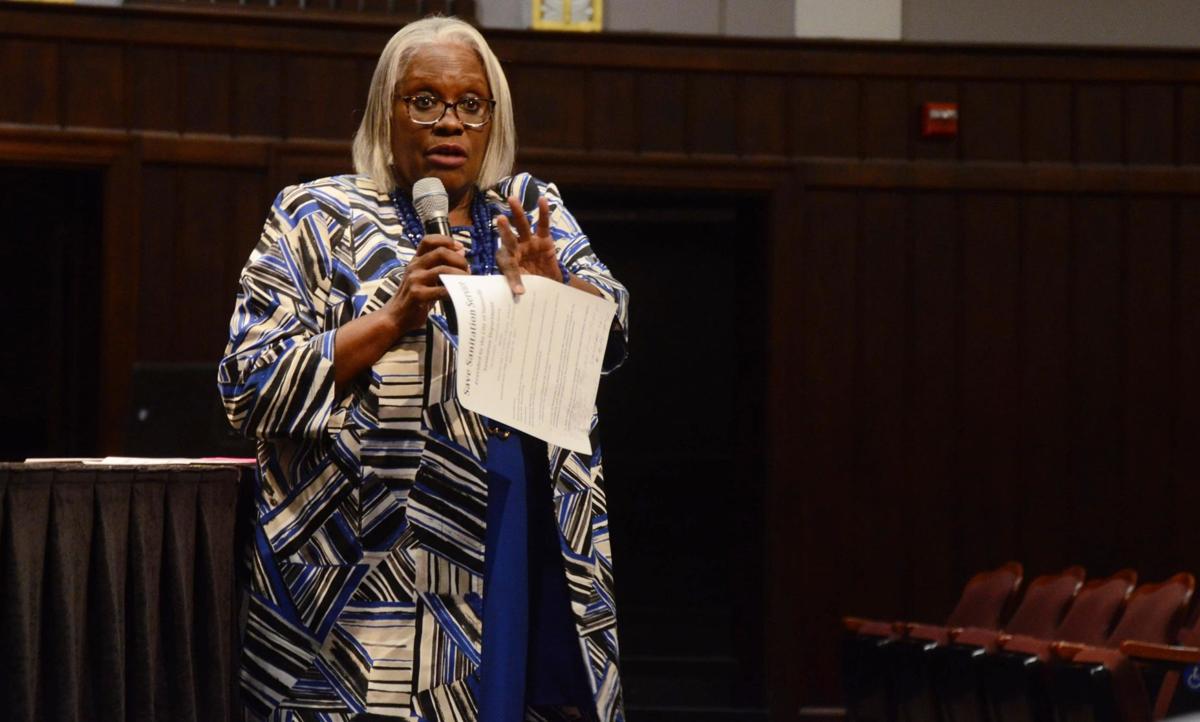 Pastor Robin Williams speaking Thursday evening at a meeting to discuss the future of the sanitation department. 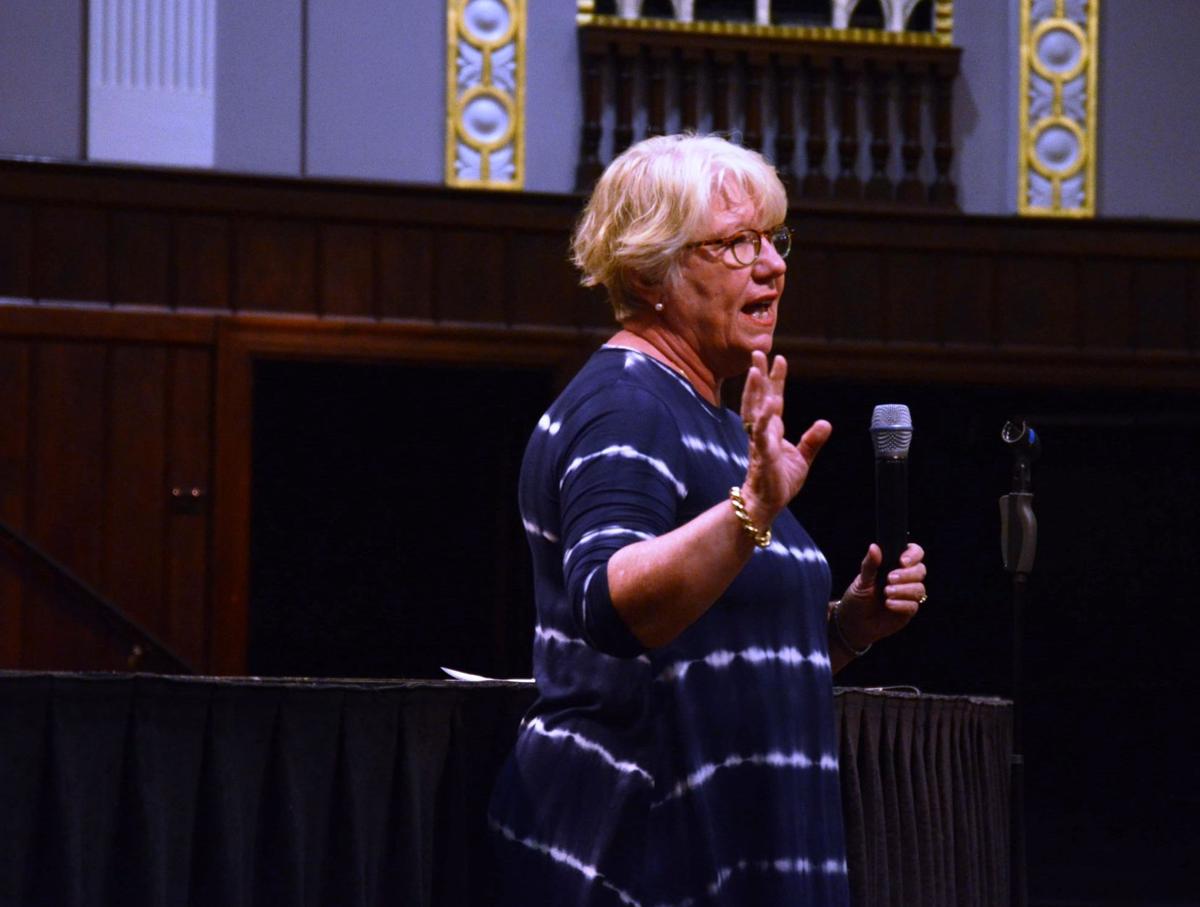 Carol Oliphant recounts her positive testimony of the sanitation department. 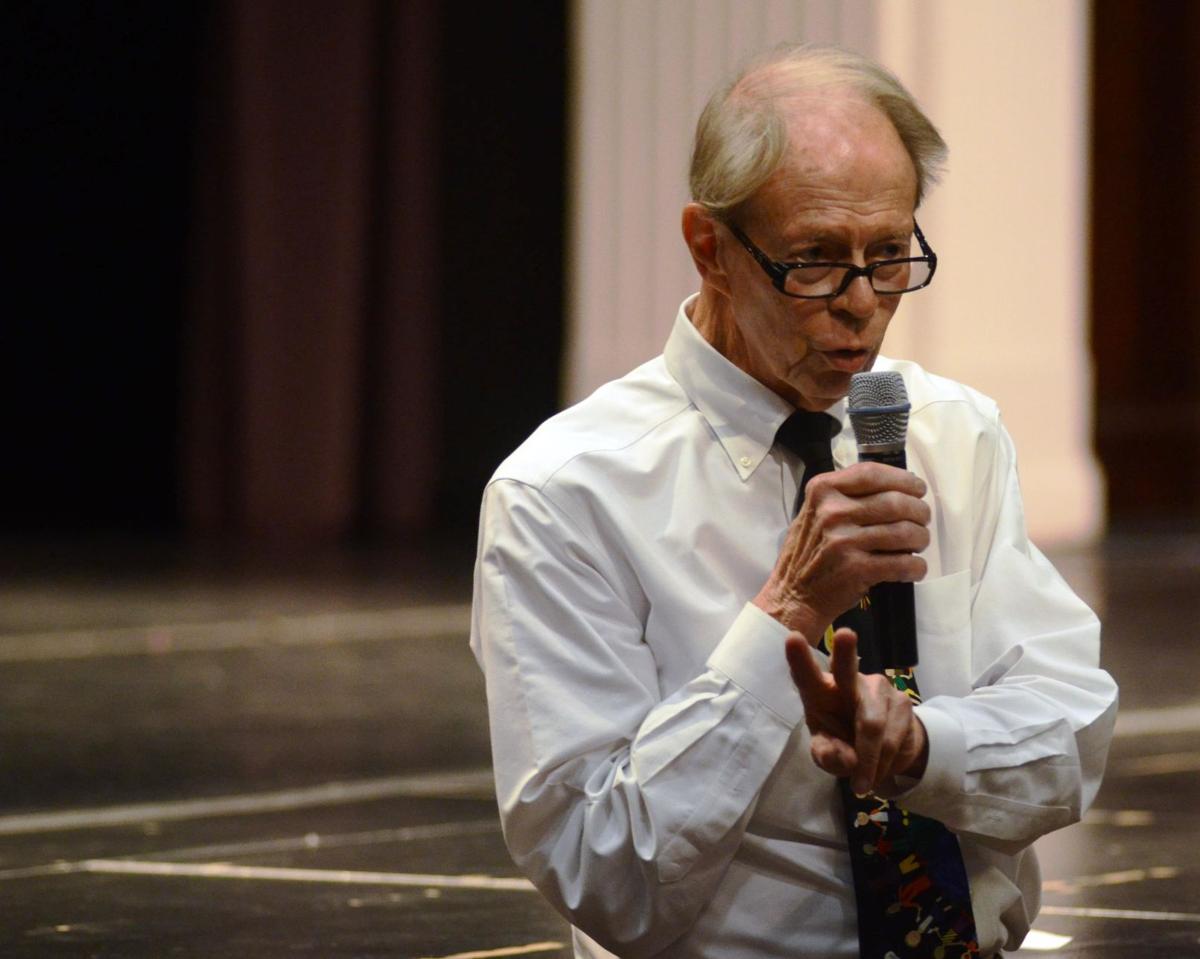 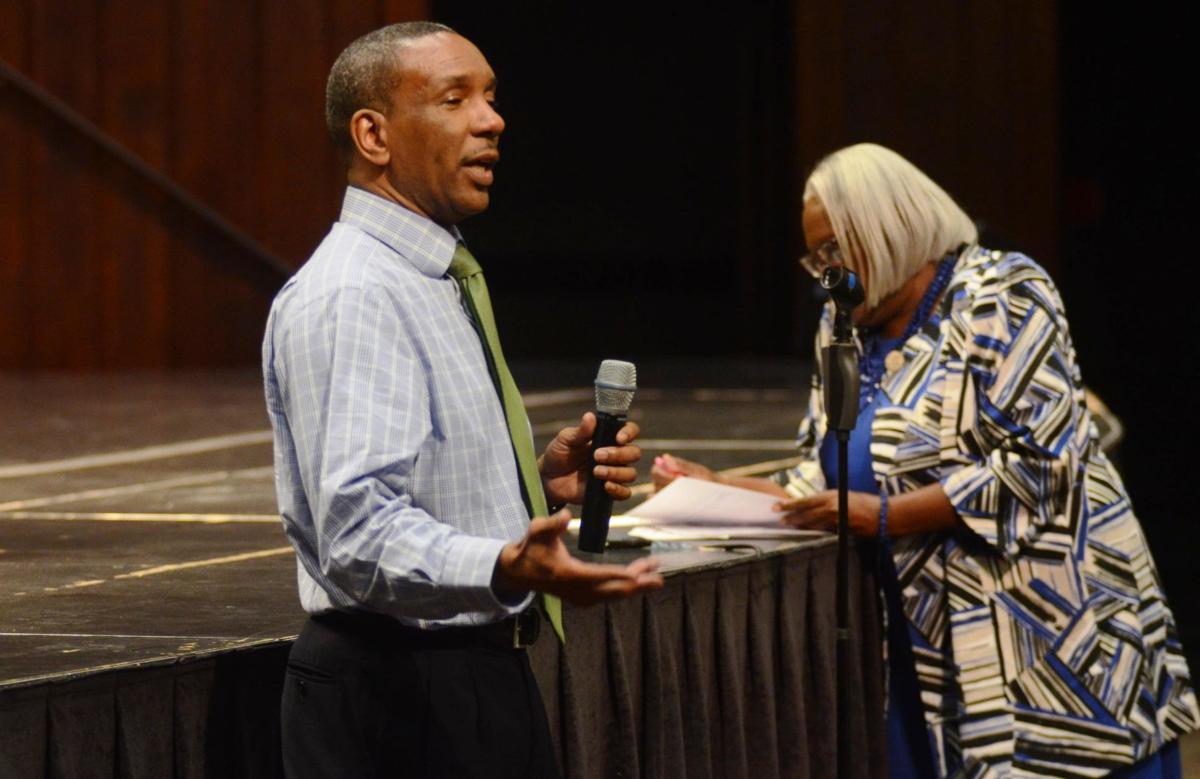 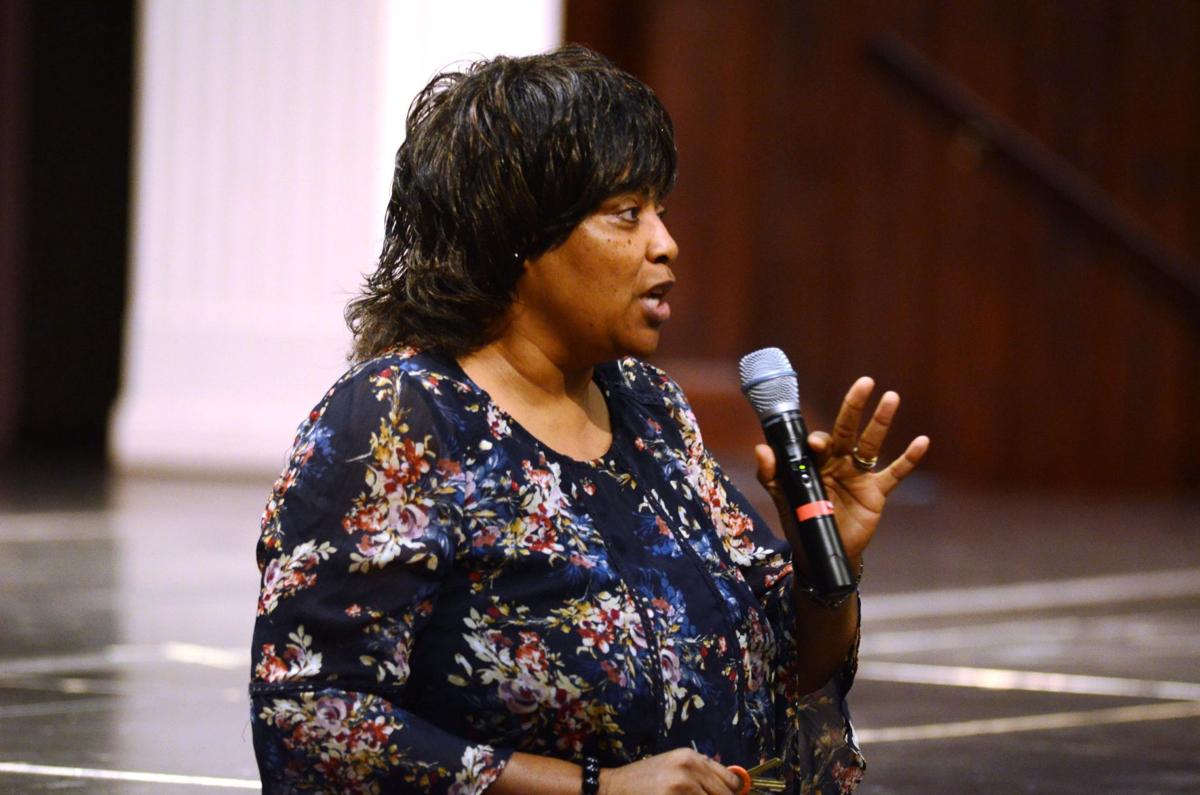 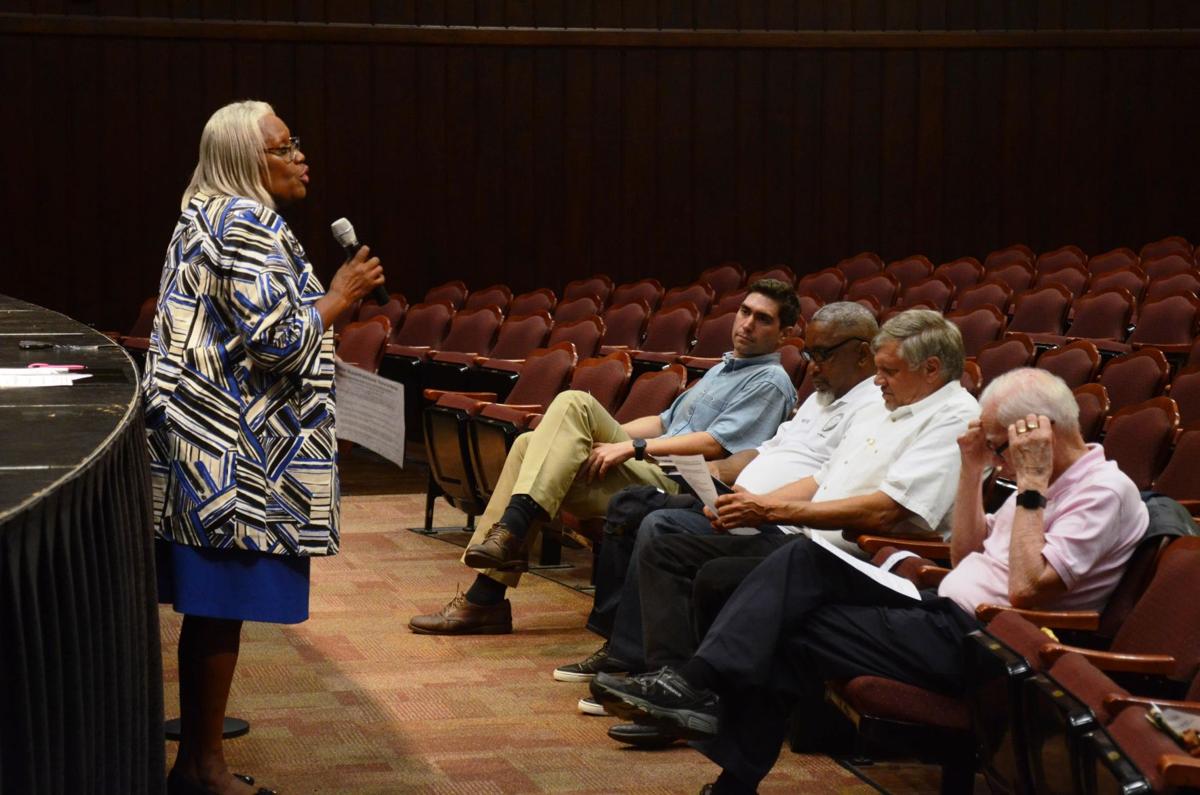 Pastor Robin Williams speaking Thursday evening at a meeting to discuss the future of the sanitation department.

Carol Oliphant recounts her positive testimony of the sanitation department.

If there is one public service that Statesville offers that could survive on reputation alone, it is the sanitation department. At least that was the sentiment at Mac Gray Auditorium Thursday evening, at an informal community meeting, as sanitation workers, concerned citizens and some city officials gathered to air their thoughts on the possible privatization of the sanitation services.

Sanitation is currently a public service managed by the city, but the possibility of contracting the service to a vendor is being explored.

See more photos at the end of this article

Roughly 40 people had filed in to the auditorium as Pastor Robin Williams began the meeting naming the common denominator in the room.

“We are city residents and we love our city,” she said. “And we love this service that is being provided by the city sanitation department.”

Williams added she served as employee for the sanitation department in Long Beach, California, and had also worked for the City of Statesville in the Recreation & Parks Department. She spoke to what she sees as the city’s obligation to supply departments with equipment for employees to properly perform their jobs, and recognized many members of the sanitation had built careers as city employees.

She also mentioned those employees managed to do that on wages paying less than some other city positions.

“If we have a private company coming in here, they’re not going to give us their best,” Williams claimed. “At some point they’re going to charge us an insurmountable amount of money for that service. We want it to stay right here within the City of Statesville.”

On the point of quality service, Carol Oliphant spoke to the kindness and support shown by a sanitation worker when she found herself unable to perform mundane tasks following an extensive medical procedure. Her mother had been assisting her in everyday life, but was struggling to take out the trash.

“For about two months, this wonderful man came around to the house and took the trash can up and back,” she said. “(He even) came to the door and told me that he, his wife and his church were praying for me.

“Our sanitation workers take pride in everything they do. They go over and above. They treat us so well and we treat them so well.”

“Why would you take the best operating department in the city and change it?” he said.

Five of the eight current City Council members were in attendance. Councilman C.O. “Jap” Johnson voiced his support for keeping the sanitation department within the city’s purview.

“There is no way this is going to happen,” he proclaimed. “There’s five of us here right now and it just takes five to stop it. I’ve been on the city council 29 years and the sanitation department is the only department I’ve never had one problem out of.”

He and Councilman Keith Williams said they hope to put the issue to bed Monday evening.

“Everyone here tonight is on the same page,” Councilwoman Doris Allison said. “The five votes that you need, regardless of what the outcome may be, the five votes determine yay or nay. We hear your concerns and we know you concerns. And to the sanitation department, we say to you that this battle is not over and it seems like this is going to be a win.”

On the topic of spending, Councilman Steve Johnson said proper resources need to be allocated, but it’s a mistake to give out large amounts of money without very specific directions as how to spend it.

“What we (city council) need to do is get back and begin to prioritize what we absolutely need to run this city,” he said. “Not what we want to do, but what we need to do.”

Statesville branch NAACP First Vice President Todd Scott said that sanitation workers are owed an apology for weeks of uncertainty regarding the future of their jobs.

“If (privatization) is the route council chooses to go, we’ll make every effort to make the (sanitation) department into something,” he said.

He remarked that city council would work to secure sanitation workers employment with whatever company fills in the role, pending the council’s vote.

As for the costs of hiring a private entity, Smith said due diligence is being performed by the city in examining other cities that have explored similar options, including examining their quality of service and maintenance.

He also noted that if privatization is pursued, it’s not going to be an overnight endeavor.

“It’s absolutely going to be a process we’re going to have to ease into,” Smith commented.

He gave a few options as to how the changeover could take place: the contractor could do a ramped-up mobilization process, the city could provide public notice of alternative service routes being performed or a hybrid plan that splits service between city and private workers.

Smith estimated the shortest transition period at around two months if the department were to be privatized, but said that was optimistic.