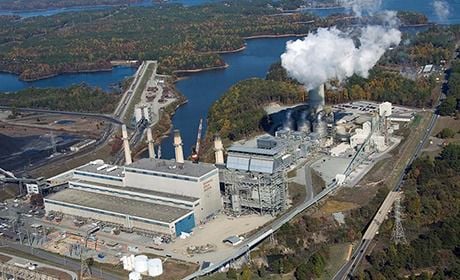 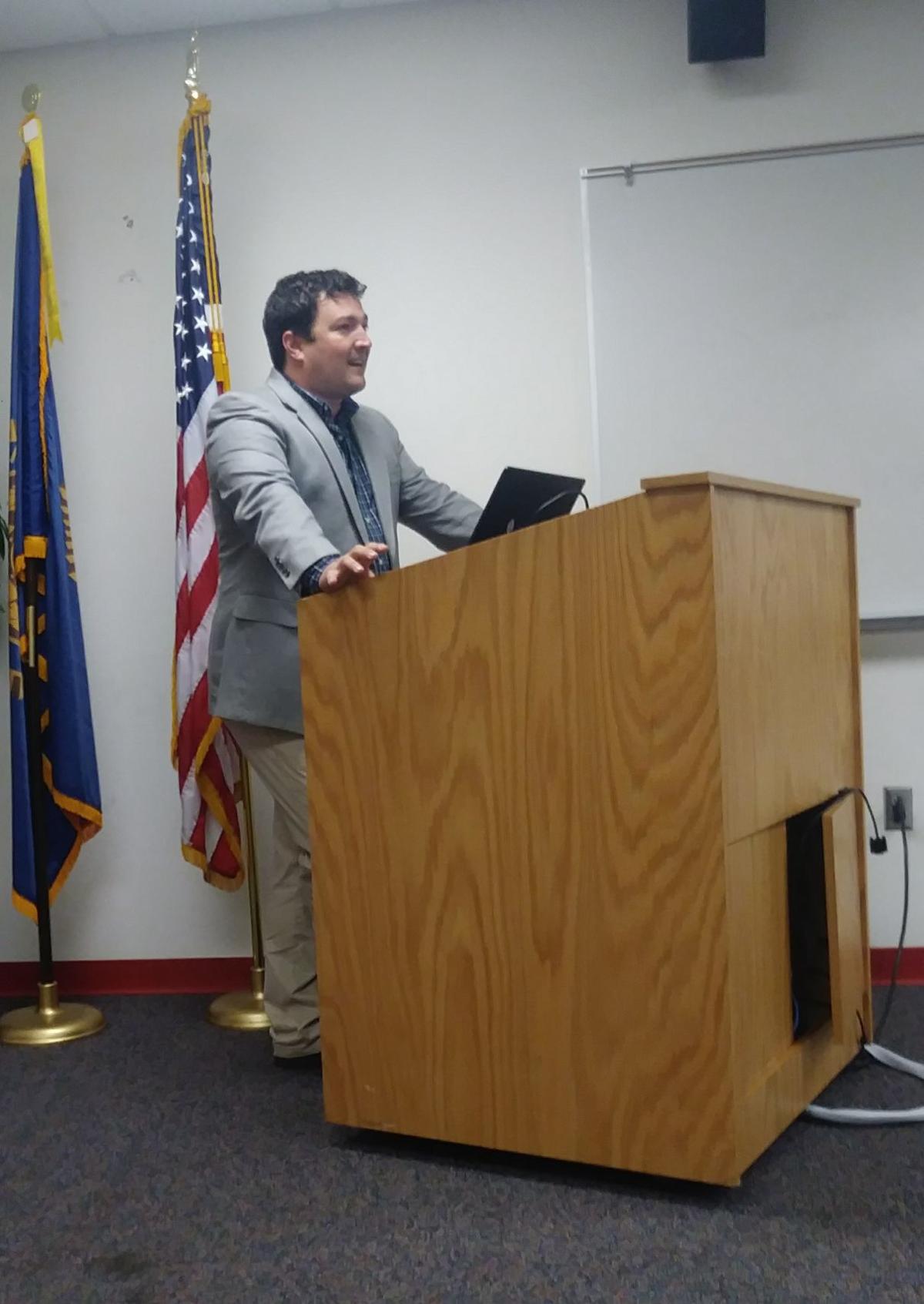 An environmental group said in its annual report last week that it will continue to push Duke Energy to remove a mountain of coal ash the company stores along the western shores of Lake Norman.

Marshall Steam Station in Sherrill’s Ford, across the lake from Mooresville, is one of two sites where the Catawba Riverkeeper Foundation is advocating for the removal of coal ash. The other is Allen Steam Station in Gaston County.

If coal ash, a byproduct of energy production, isn’t removed or stored differently at these sites, CRF warns, the ash could contaminate local drinking water.

During his 2018 State of the River presentation Thursday at a Lake Norman Covekeeper’s meeting, Riverkeeper Sam Perkins discussed what CRF still wanted to see done along the Catawba River.

“A cleanup, as we define it, is not capping it in place,” Perkins said. “It’s actually getting it away from water and either to a lined and monitored site, or recycled into concrete.”

Duke Energy has long pursued a cap-in-place solution at some of its sites, where a coal ash pond is covered but the ash isn’t removed. The company would remove water from coal ash ponds before they are capped.

A spokesperson for the power company said Duke Energy is committed to closing all its ash basins. North Carolina law requires that coal ash ponds to be closed or capped by 2029.

Perkins argued that because the existing coal ash ponds are not lined with a barrier, materials such as heavy metals could leak into surrounding groundwater even if they are capped. That’s why CRF wants the ash to be excavated and stored in new landfills in Sanford that are lined.

Coal ash ponds “really are like a pile of mashed potatoes holding back toxic gravy,” Perkins said. “These are not ponds dug in the ground. They basically blocked off the front of a cove and started dumping in behind it. They just went on top of streams. Again, without a liner, you have a very efficient conduit for groundwater contamination.”

CRF in March released a report claiming groundwater near Marshall Steam Station and 10 other plants had elevated levels of radioactivity.

When Wateree Steam Station removed its coal ash, contaminant levels dropped to regulation levels, Perkins said. He said the results were not surprising since the contamination source was removed.

“You’ll hear Duke and regulators say it’s not a one-size-fits-all issue,” Perkins said. “The solution kind of is (the same) because the basic premise of the problem pretty much is, they’re unlined. They’re on the waterfront. They’re very susceptible to really catastrophic failure that would induce a pretty nasty crisis for all the drinking water intakes downstream.”

A Duke Energy spokeswoman suggested that CRF was simplifying the issue.

Site-specific solutions create less disruption for North Carolinians, said Erin Culbert, who added that relocating all the coal ash from Marshall would take 20 years and recycling it would take 40 years. Moving the coal ash would also require trucks, and there is a chance the coal ash could escape into the air during transport, which would create a different type of threat.

“It’s important to us to take the time to do good science and pick the best and safest option,” Culbert insisted.

Duke said it will release a closure plan for the Marshall Steam Station coal ash next year.

CRF does not believe a cap-in-place solution will stop water contamination near ash ponds.

“We still are hoping and really thinking they’re going to have to excavate Marshall’s coal ash,” Perkins said. “Namely because of how much of it is unlined and lies below the groundwater table. There was even a modeling scenario (that predicted) if they capped in place, it was actually going to make the saturation in the groundwater even worse."

With reports last week from Duke Energy to the Environmental Protection Agency revealing trace amounts of radioactivity in groundwater around some of their coal ash plants -- including the Marshall Steam Station on Lake Norman – Mooresville officials are seeking to assure residents that their drinking water is safe.

Carolina Armijo secured a $350,000 grant to cast "lilies of the field" in coal ash as an homage to the movie score by North Carolina native Jester Hairston.

The group meets on the last Thursday of the month at 7 p.m. at the East Lincoln Fire Department. All meetings are open to the public. October’s meeting will be replaced with a Fall Leaf Eco-Tour Oct. 27.

State reports show that recent construction beside Lake Norman High School exposed around 40,000 tons of coal ash that was buried at the site …

When the company Race Park USA Inc. abandoned a project to create a Mooresville go-cart complex in 2001, it left what is now the only known “u…