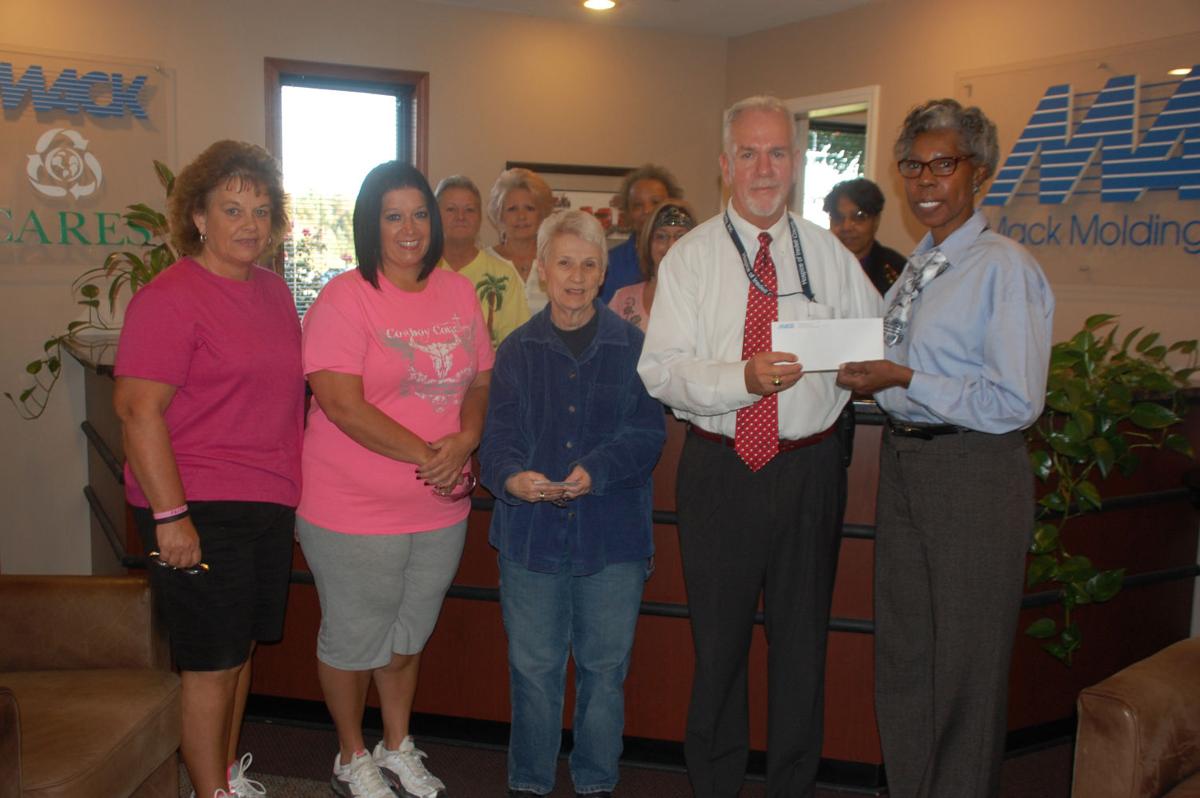 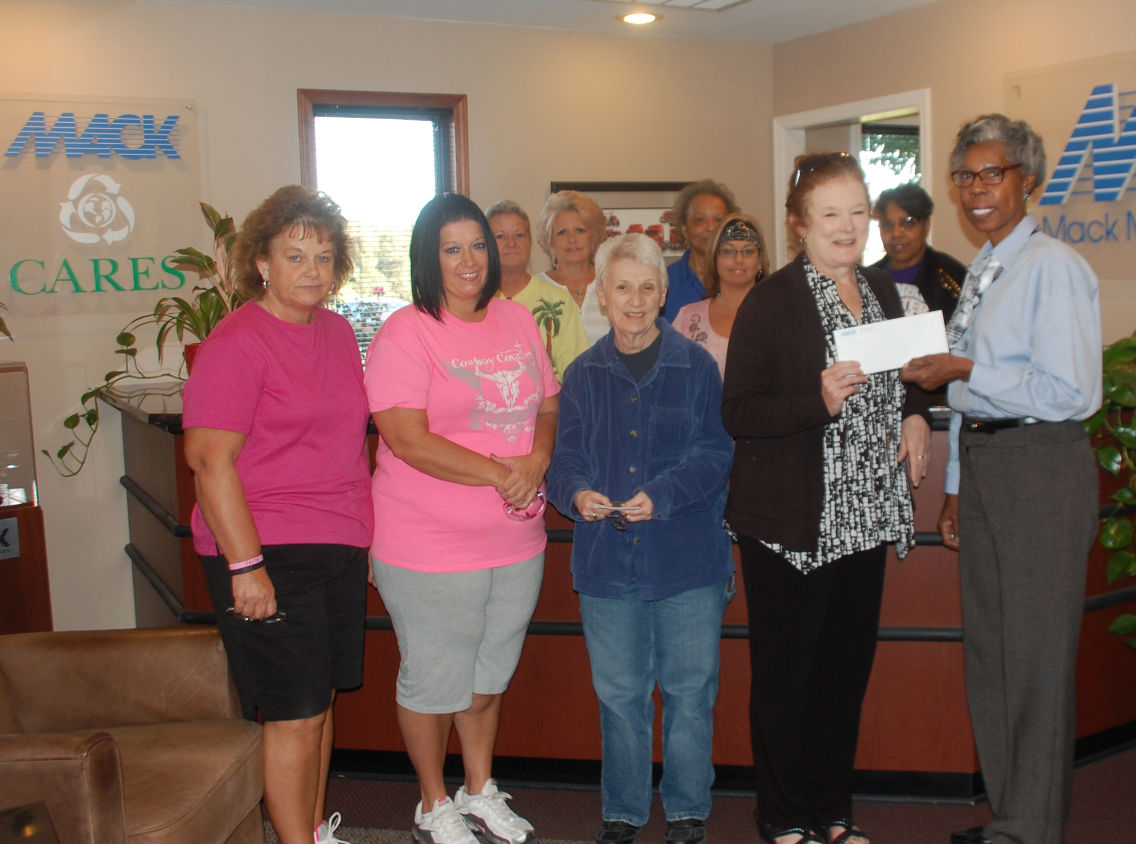 While the checks will make a difference for two local organizations, Patti West was equally thrilled with crocheted purple ribbons.

“I love these,” West, director of Fifth Street Ministries and My Sister’s House, said as she accepted a check from Mack Molding in Statesville.

The crocheted purple ribbons were made by Ruth Sudds, one of the Mack employees.

The ribbons were part of an effort by Mack Molding employees to raise money for both My Sister’s House and Hospice.

Human Resources Manager Tuwana Lawrence said the fundraising effort was done under the leadership of Gail White, the receptionist at Mack Molding. Everything from barbecues, hot dogs, special lunches in the break room, homemade desserts and monetary donations helped the employees raise money for the two organizations.

Bryan Campbell, president of the New South Division at Mack Molding, said he’s not surprised with the hard work of this fundraising effort.

“This exemplifies the core values of Mack Molding and the spirit and involvement of our employees,” he said.

Plant manager Joe Carinci said the employees are what make Mack Molding a success and these activities help promote a family-like atmosphere at the plant. “We have 57 people who have worked here in excess of 25 years,” he said.

West and Gordon Hospice House social worker Gary Kerley expressed their appreciation to the women behind these fundraisers.

“Thank you so much. It’s huge what you do,” West said.

Kerley agreed, adding “we are honored and pleased to be a part of your community.”

Campbell said he hopes the money raised will make a difference for both organizations. “I hope it will be put to good use,” he said.