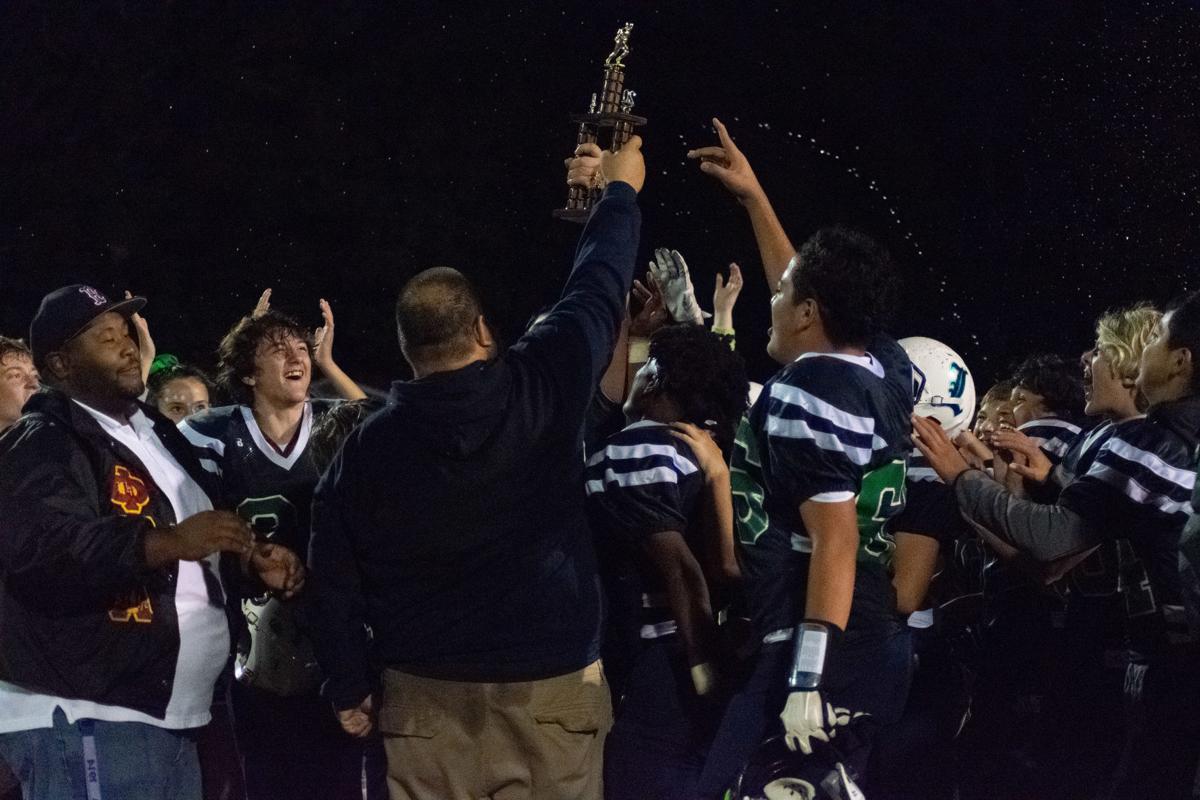 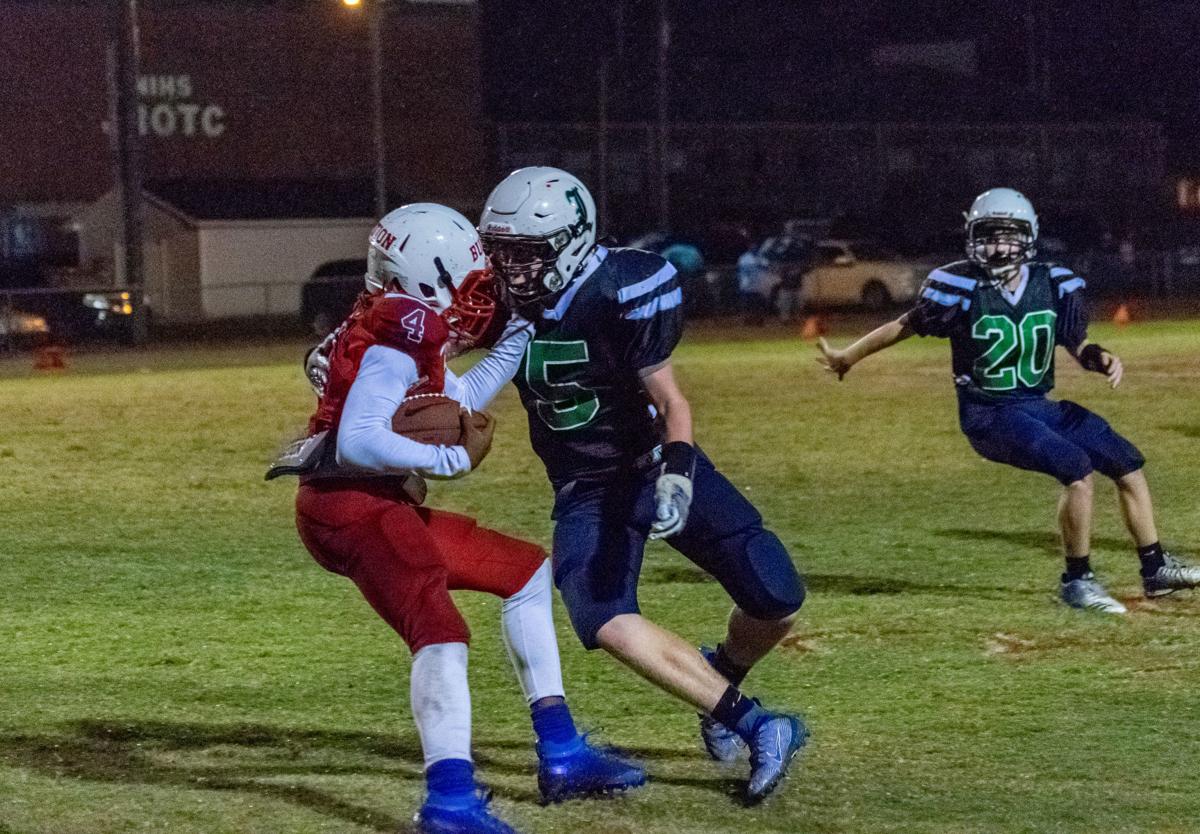 Pete Geraffo rushed for a touchdown and threw a TD pass to lead the Laker offense, and sound tackling by the Laker defense earned the shutout.

“First of all I want to thank God for the opportunity to be a Laker and coach these kids,” Lakeshore coach Billy Tessenair said. “He gets all the glory. Without him none of this is possible. I'm so happy for our players, coaches, school, and the community of Lakeshore. It's been a long time coming.”

The Lakers finished 7-0 and only allowed an average of three points per game along the way.

It’s the first time in school history they finished unbeaten.

“This is something they'll never forget,” Tessenair said. “They earned it and deserve it. Our defense was lights out.”

Bulldog Ny’Quarius Faulkner led Statesville in rushing yards and ran for a handful of first downs. But Laker defenders prevented large gains up the middle and consistently prevented Faulkner from reaching the edge.

Both teams played the first half scoreless. AJ Baker ran for consecutive first downs to advance the ball into Statesville territory on Lakeshore’s first drive, but Ja’Corey Kirkland’s interception on a deep pass from Geraffo ended the drive.

Brody Norman had his own pass breakup to halt a Statesville drive in the second quarter.

Statesville fumbled a quick handoff on its final first half drive, and Geraffo’s recovery placed Lakeshore in Bulldog territory with less than two minutes remaining.

Tate Smith came back to receive a pass for a 27-yard gain. But two team tackles at the Statesville 2-yard line sent the game into halftime 0-0.

Smith began the second half with a 25-yard run up the middle, and Baker’s 23-yard run placed Lakeshore at first-and-goal. An 8-yard run from Geraffo put Lakeshore ahead 6-0.

A big fourth down stop from the Lakeshore defensive line reclaimed possession for the Lakers to begin the final quarter.

A deep pass down the sideline from Geraffo to Smith put Lakeshore in the red zone. Baker’s run off tackle advanced the ball inside the 10-yard line. Geraffo lobbed a perfect pass to Norman in the back of the end zone putting Lakeshore ahead two scores, 12-0.

The outcome was a reversal of fortunes from last season’s I-SS championship game. Lakeshore led that contest 8-6 entering the fourth quarter, but Statesville scored 24 unanswered points to win 30-8.

“Getting to the game last year and not being able to finish really motivated our kids this year to work that much harder,” Tessenair said. “We started spring ball in April with the eighth-graders three days a week then three days a week during the summer starting the week after we got out of school for summer break. We knew the game would be physical and it was. Our kids played hard and brought it for four quarters. As their coach I couldn't be more proud.”