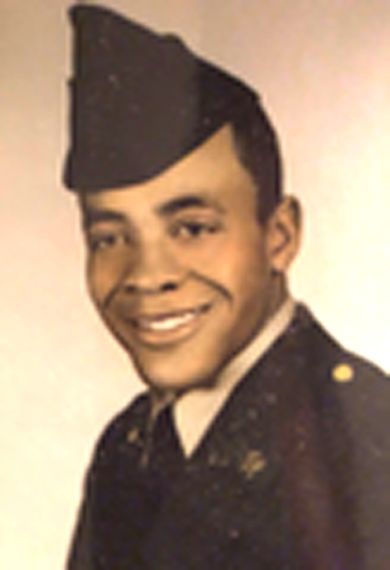 October 7, 1934 - February 12, 2020 Mr. James Dewitt Dalton, 85, of Harmony, passed away Wednesday, Feb. 12, 2020. Survivors include his wife, Beatrice Redmon Dalton; one daughter, Robin Dalton; two brothers, Alvis (Ruby) Dalton and Robert (Tina) Dalton; and a host of other relatives and friends. A celebration of life will be conducted Monday, Feb. 17, at 2 p.m., at Mt. Nebo Baptist Church. The family will receive friends at the church from 1 to 2 p.m., prior to the service. Rutledge and Bigham Mortuary is serving the Dalton family. 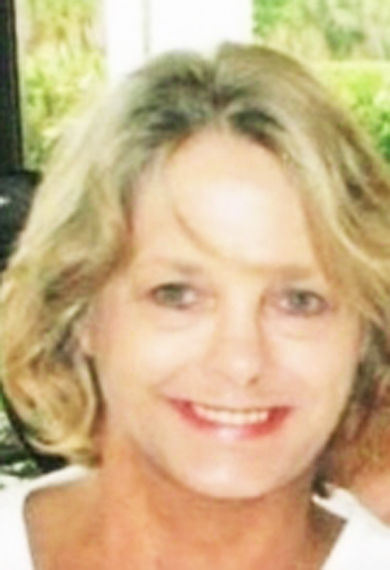 June 22, 1953 - February 9, 2020 Carol Anne Leonard Lytton, 66, passed away at her home in North Myrtle Beach, S.C., Sunday, Feb. 9, 2020, following a brief illness. Mrs. Lytton was born June 22, 1953, in Statesville, and was the daughter of the late Z. Taylor Leonard Jr. and Shirley Parks Leonard. She was a 1971 graduate of Statesville High School and received her bachelor's degree in 1975 from the University of North Carolina at Chapel Hill. On April 28, 1979, Carol married Charles A. Lytton of Newport News, Va. Together they worked in property management as owners of Woolfolk Properties in Richmond, Va., and made their home in Midlothian, Va. until Charles' death in 2010. An adventurous young lady, Carol took flying lessons while in high school and made her solo flight in 1970. She later took to the sea and was a small but mighty sailor and loved being on the water as Charles' first mate. She and Charles not only sailed in the Chesapeake Bay, but competed in the Newport to Bermuda Ocean Race on their yacht "Song of Joy". Carol was an active participant in Yankee Point and Fishing Bay Yacht Clubs and was a supporter of the Leukemia Foundation of Richmond, Va. In 2012, Carol moved to North Myrtle Beach where she lived on the Intercoastal Waterway. Though no longer a yachtswoman, she continued to watch the ships go by with her fiancé, Jack Sinsimer. Together they support animal rescue and actively support Kind Keeper Animal Rescue in North Myrtle Beach. The name "Carol" means "Song of Joy" which is the perfect description of her delightful spirit. Carol never met a stranger and her infectious smile and laughter brought joy to all who knew and loved her and will forever remain a beacon in their lives. Carol is survived by her fiancé, John "Jack" Sinsimer of North Myrtle Beach; sister, Leslie (Dwight) Leonard Keller of Statesville; brothers-in-law, Danny (Linda) Lytton of Smithfield, Va., Steve (Desiree) Lytton of Mechanicsville, Va. and Dave Alexander of Little River, S.C.; nephews, Josh Hallman and Jonathan Hallman of High Point, Seth (Ashley) Lytton of Apex, Haile (Stephanie) Lytton of Richmond, Va.; and her furry friends, Pepper and Candy. The family wishes to extend their appreciation to her lifelong friend, Nancy Holton Hayes, who has been by her side throughout her illness. In addition to her parents and husband, she was predeceased by her sister-in-law, Dixie Alexander; and her precious poodles, Oscar, Jacques and Jean. "I find the great thing in this world is not so much where we stand, as in what direction we are moving. To reach the port of heaven, we must sail sometimes with the wind and sometimes against it- but we must sail, and not drift, nor be at anchor". Oliver Wendell Holmes, Sr. In lieu of flowers, memorials may be made to Kind Keeper Animal Rescue, 1500 LD Dr., North Myrtle Beach, SC 29582. A memorial service will be held at a later date. Hardwick Funeral Home, Inc. www.hardwickfh.com 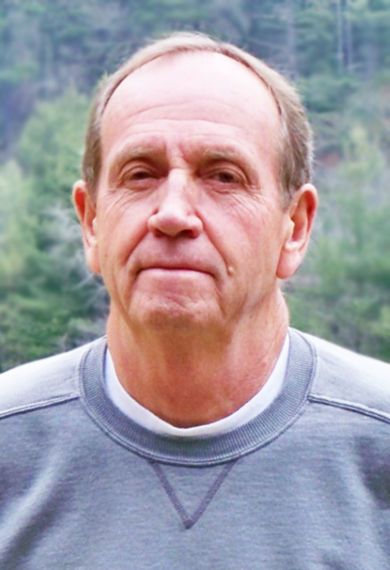 May 5, 1949 - February 13, 2020 James Alison "Jimmy" Kimmons, 70, of Flat Rock, died early Thursday morning, Feb. 13, 2020, at the Elizabeth House in Flat Rock. Jimmy was born May 5, 1949, in Statesville, and was the son of W.L. and Dorothy Carson Kimmons. After his father died, his mother married Mr. W.A. Hethcox. In 1955, Jimmy and his family moved to the Dunlap Orphanage, a mission of the ARP Church, where he grew up with numerous "brothers and sisters," especially Jeannie Metcalf and Regina Bryant. Jimmy graduated from Brighton High School and Tennessee Tech University. He was accepted to Duke but chose to stay closer to home. After college, he sold bonds for a private equity firm and then spent a number of years selling insurance for Independent Life. In 1983, he moved to Flat Rock to live with his mother. That same year, he began working for Bonclarken Conference Center and, in 1986, was named Bonclarken's Chief Financial Officer. For the next 27 years, Jimmy oversaw all of Bonclarken's financial activities and did so with remarkable accuracy and integrity. Bonclarken's financial health greatly improved under Jimmy's guidance and leadership. He retired in January 2014, and has spent the last six years living on the grounds of Bonclarken and volunteering with the Conference Center. Jimmy was passionate about car racing and would often travel to Ohio and Florida to spend time in the pits with his numerous car-owning friends. He was quiet and reserved, but never hesitated to perk up when talking about his favorite races and drivers. Jimmy was preceded in death by his mother, father, stepfather, and brother, Lenny. A celebration of life service will be held at 10 a.m., Saturday, March 28, at Pinecrest Associate Reformed Presbyterian Church, 1790 Greenville Hwy., in Hendersonville, with the Rev. John Kimmons officiating. Memorial contributions may be offered on behalf of Jimmy to Bonclarken, 500 Pine Dr., Flat Rock, NC 28731; or Camp Joy, c/o Dr. Brent Turner, ARP Center, 918 South Pleasantburg Dr., Greenville, SC 29607. Shuler Funeral Home www.shulerfuneralhome.com 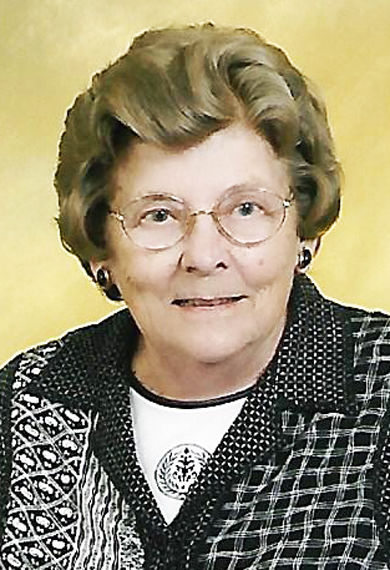 May 28, 1922 - February 14, 2020 Mrs. Marie Daniels Cheek passed away Friday, Feb. 14, 2020, after a period of declining health. She was at home, in the quiet of the early morning, in the northern Iredell countryside where she spent her entire life. Marie was 97. Marie was born May 28, 1922, in northern Iredell County, the third of Flake and Martha Souther Daniels' nine children. She attended Central School. She married Troy William Cheek Nov. 6, 1942, in Statesville. They settled on a farm in the Cool Springs community, where Marie ran the household and together they raised their family, worshipped at nearby Hebron Baptist Church and thanked God for a life rich in the blessings that count. Marie is survived by two children, Linda Dickens of Laurens, S.C., and Sharon Garfield and husband, Ken, of Charlotte; one sister, Ruth Creedmore of Statesville; four grandchildren; nine great-grandchildren and numerous nieces, nephews and cousins. The little ones knew her as "Mawmaw". She was preceded in death by her beloved husband, Troy, who passed away in 1991; son, William Bristol Cheek; son-in-law, John Dickens; and seven brothers and sisters. A service to celebrate her life will be held at 11 a.m., Monday, Feb. 17, at Nicholson Funeral Home, 135 E. Front St., in Statesville. The Rev. Darren Johnson, who has been so kind to the family, will officiate. Visitation will follow. The family is grateful for the care shown by everyone at Hospice & Palliative Care of Iredell County. Marie's primary caregiver, Phyllis Stevens, along with Paul Randol, Angela Potts and Morgan Burnett, made it possible for her to live comfortably at home the last years of her life. When caregivers become family, you have God to thank. Illness largely confined Marie to her home in her later years. She filled her days reading the Bible, glancing at the TV, welcoming visits (especially from grandchildren) and taking copious notes about family history, Scripture verses and the like. Among her papers was the obituary she had written for herself years ago. For her date of passing, she put down "Whenever." She did so with a strong hand, for she was not afraid. She knew where she was going. Rather than flowers, a gift in Marie's memory can be sent to Hebron Baptist Church, 175 Hebron Rd., Statesville, N.C. 28625; or Hospice & Palliative Care of Iredell County, 2347 Simonton Rd., Statesville, N.C. 28625. Nicholson Funeral Home www.nicholsonfunerals.com 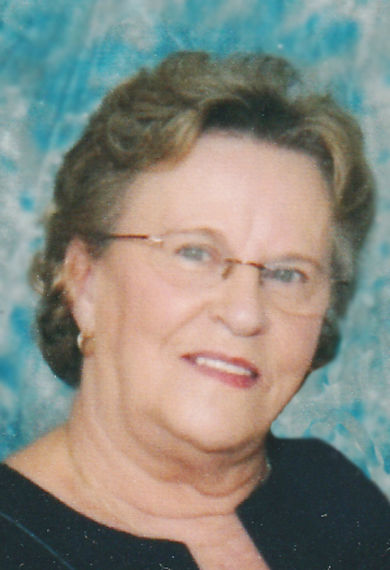 September 8, 1939 - February 15, 2020 Gaye Ann Hudson Pope, 80, of Statesville, died Saturday, Feb. 15, 2020, at the Gordon Hospice House after an extended period of declining health. She was born Sept. 8, 1938, in Iredell County to the late Bryson Hudson and Vada Ann Miller Hudson. Gaye was a member of New Sterling ARP Church where she had been a Sunday school teacher and a Youth Leader. She was retired from Iredell Statesville Schools as a Teacher Assistant. She collected porcelain dolls and she loved her dog, Tiny Tim. More than anything, she loved spending time with her friends and family. Survivors include two sons, Roger Pope (Lori) of Stony Point and Michael Pope (Linda) of Statesville; three grandsons, Brandon Pope (Nichole), Dylan Pope, Tyler Pope; granddaughter, Kinslee Pope; great-granddaughter; Ryleigh Pope; brother, Jack Hudson (Phyllis); and a sister, Bonnie Mayhew (David). Funeral services will be held Tuesday, Feb. 18, at 3 p.m., at New Sterling ARP Church with Dr. Earl Linderman officiating. Burial will follow in the church cemetery. The family will visit with friends from 2 to 3 p.m., at the church, prior to the service. The family would like to give a special thanks to the Staff of Hospice and Palliative Care of Iredell County for the loving care given to Gaye during her illness. Memorials may be given to New Sterling ARP Church Youth Group, 580 New Sterling Rd., Stony Point, NC 28678. Nicholson Funeral Home www.nicholsonfunerals.com