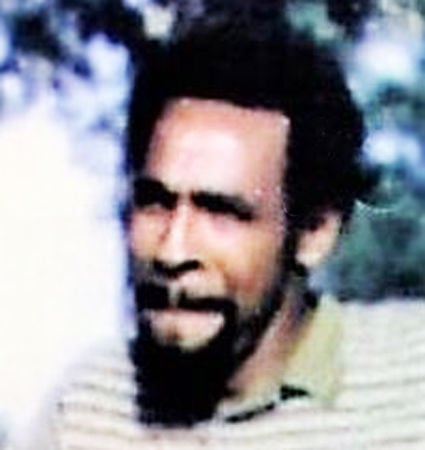 Artes Lee "Pap" Rose WINSTON-SALEM "Pap", which is the name he preferred, died peacefully Tuesday, Jan. 14, 2020, at Forsyth Memorial Hospital in Winston-Salem. Pap was born in Davie County, Feb. 18, 1932, to Willie Vale and Willie Turner Rose. He was educated in the Davie County School System, and later in life he received numerous certifications. His true passion was vintage cars, especially 1950's and 60's Chevrolets, and he owned some beauties. In his twenties, Pap played baseball for the Piney Grove A.M.E. Zion Church team in Harmony, and at one time, was considered the best pitcher in the league. He retired after working for 20 years with Continental Can Company in Winston-Salem. Unable to remain completely retired, Pap started a successful car care product business that kept him very busy. Brother Pap was a lifelong member of Piney Grove A.M.E. Zion Church, where he attended faithfully until he became too ill. Besides being a member, he served as a Church Trustee, and he was the great-grandson of one of the Church's founders, Bishop John Burgess Turner, for which the annex of the church is named. In addition to his parents, Pap was preceded in death by his wife, Daisy; seven siblings, Kopelia "Dube" Rose Frost, Elmore "Cap" Rose, Thomas Rose, Martin L. "Tub" Rose, Stella "Pete" Rose Ramseur, William C. Rose and Lottie "Tip" Rose Carson. Left to cherish his memory are his sons, Sam (Thom) Rose and Mike Rose; grandchildren, Artez (Benita) Rose and Phylicia (Marq) Rose Barr; great-grandsons, Mekhi, Mason and Myles Barr; and a host of special nieces, nephews, cousins; his church family and many friends. A memorial service will be held Sunday, Jan. 19, at 2:30 p.m., at Piney Grove A.M.E. Zion Church in Harmony. The Rev. John Phifer will officiate. Interment will be held private. Condolences may be sent to www.salemfh.com. 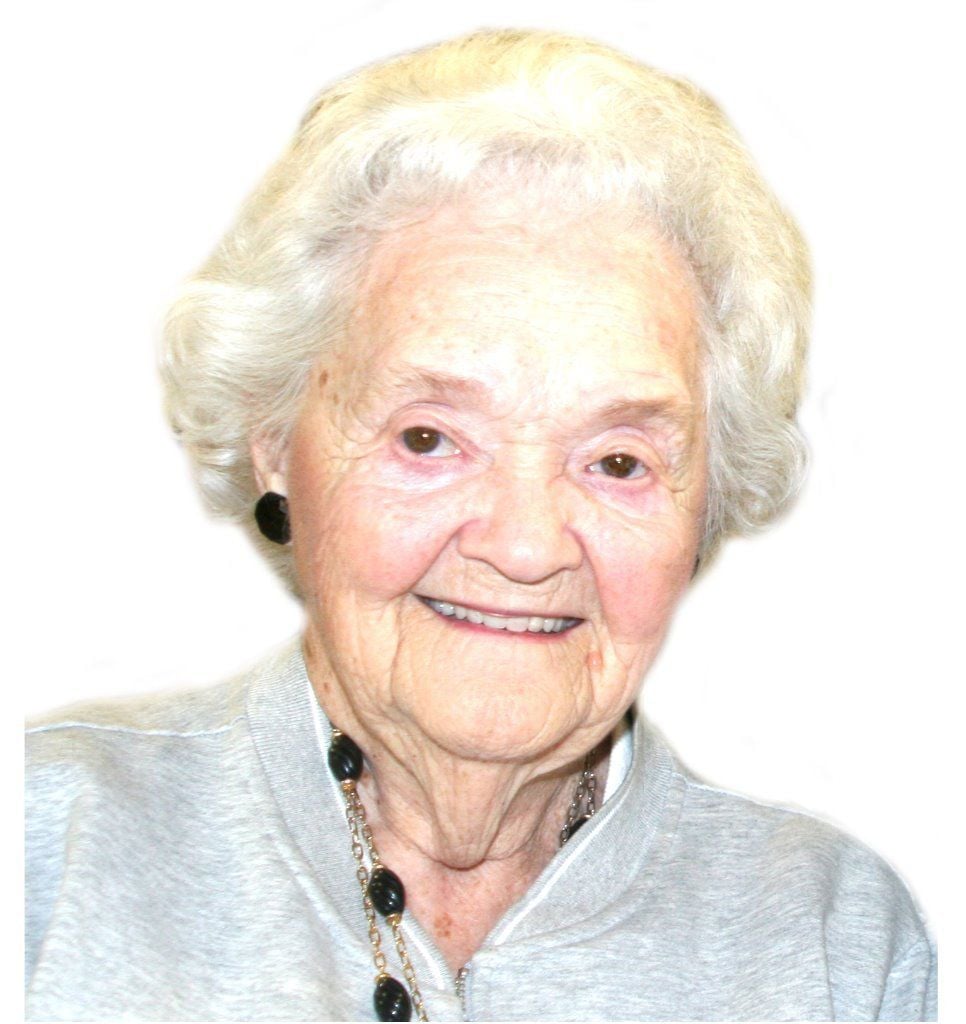 STATESVILLE Sue Woodside Ruffin, 98, formerly of Statesville, passed away Saturday, Jan. 11, 2020, at Transitions of Wake County. Sue was born Nov. 25, 1921, in Iredell County, and was the daughter of the late Otis Lathan Woodside and Mamie Lee Vickery Woodside. She was a graduate of Scotts High School and Lees McRae College with a degree in Medical Records. She served in the U.S. Coast Guard (SPAR) from 1941 to 1945, during World War II. Later she worked for UNC Memorial Hospital, HUD, and was a state auditor of nursing homes in North Carolina. She was a lifelong member of Concord Presbyterian Church, where she was a Sunday school teacher. She was also a member of Cary Presbyterian Church, where she became the first female Ordained Elder. Later, she received the Presbyterian Women's Lifetime Achievement Award while at Concord Presbyterian Church. In addition to her church activities, she enjoyed going to the Lees McRae Reunion (Frolic) every summer, well into her 80s. She led an active life of service before self, within each community she called home. She is survived by one son, Timothy Allen Ruffin (Ashley) of Fuquay-Varina; one grandson, Davis Allen Ruffin of Fuquay-Varina; three nieces, Sally Hedrick Warren, Leigh Thompson Glenn, and Barbara Hedrick Williams (John); one nephew, William Edward Thompson Jr. (Sara); along with numerous great-nieces and -nephews. She was preceded in death by three sisters, Mary Otis Woodside Morrison, Helen Woodside Hedrick and Carolyn Woodside Thompson. Funeral services will be held 11 a.m., Saturday, Jan. 18, at Concord Presbyterian Church with the Rev. Liz Troyer officiating. Burial will follow in the church cemetery with full military honors. The family will visit with friends Saturday, Jan. 18, from 10 to 11 a.m., at the church. Active pallbearers will be Michael Cook, David Glenn, Joe Raymer, John Williams, George Saffos and Bill Thompson. In lieu of flowers, memorials may be made to Lees McRae College, Concord Presbyterian Church and Transitions Hospice Care of Wake County. Condolences may be made to the family at www.troutmanfuneralhome.com. Troutman Funeral Home is serving the family of Sue Woodside Ruffin.

GREENSBORO Lois Greene McKinney, 90, passed away Jan. 13, 2020, at Beacon Place Hospice Home. A celebration of life will be held at 1 p.m., Sunday, Jan. 19, at Salem Funeral Home, 120 S. Main St. in Winston-Salem. Burial will follow at Lakeview Memorial Park in Greensboro. Lois was born March 2, 1929, in Columbus County, to the late Minnie Morgan Greene and Waitus Greene. In addition to her parents, she was predeceased by her stepmother, Ora Greene; seven siblings; and her loving husband of 55 years, Claude T. McKinney. Following high school graduation, Lois earned her associate degree in Business. She met Claude while they were both working for the Singer Company in Raleigh. They were married in 1951. Together they owned and managed Singer Sewing and Vacuum Stores in Statesville and Greensboro for many years. She and Claude were devoted members of Beulah Baptist Church in Statesville. Lois loved spending time with her family and friends, sewing and enjoying the beautiful view of Lake Norman from the back deck of her home. Lois is survived by her sons, Chris and wife, Janet, Joe and wife, Jane, Mike and wife, Carol, Claude, Jr.; 10 grandchildren; 21 great-grandchildren, four siblings, and numerous extended family members. In lieu of flowers, please make memorial donations to Beulah Baptist Church, 1851 Old Mountain Rd., Statesville, NC 28677. Condolences may be made through www.salemfh.com. 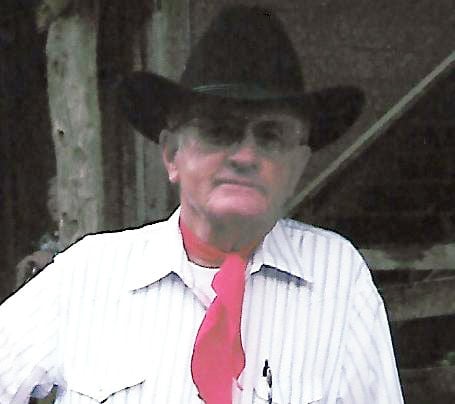 STATESVILLE Lemuel Charles Hoover Sr., 83, went home to be with the Lord Tuesday, Jan. 14, 2020, at Gordon Hospice House. Born Sept. 7, 1936, in Iredell County, he was the son of the late Lemuel Cowan Hoover and Mabel Morrison Hoover. Lemuel was the consummate outdoorsman and enjoyed fishing, and hunting. He was a rodeo man and enjoyed competing in all areas of the rodeo. One place he loved to visit was Colorado. He had also been a heavy equipment operator. Those left to cherish his memory include a son, Chuck Hoover (Lisa) of Statesville; daughter, Beverly Adams (Steve) of Advance; two stepdaughters, Kathy Johnson and Cindy Robertson; four grandchildren, Lee Hoover, Heather Johnson (David), Zachary Adams and Aaron Adams; and two great-grandchildren, Emma and Kyle Johnson. A memorial service will be held Friday, Jan. 17, at 2 p.m., at Mt. Hermon Lutheran Church. Visitation will be held from 1 to 2 p.m., prior to the service. He will be inurned at Mt. Hermon Lutheran Church Cemetery. In lieu of flowers, memorials may be made to the Gordon Hospice House, 2341 Simonton Rd., Statesville, NC 28625. Fond memories and condolences may be left at www.nicholsonfunerals.com. Nicholson Funeral Home is serving the Hoover family.

KELLER'S STUMP GRINDING SERVICE NO JOB TOO BIG OR SMALL