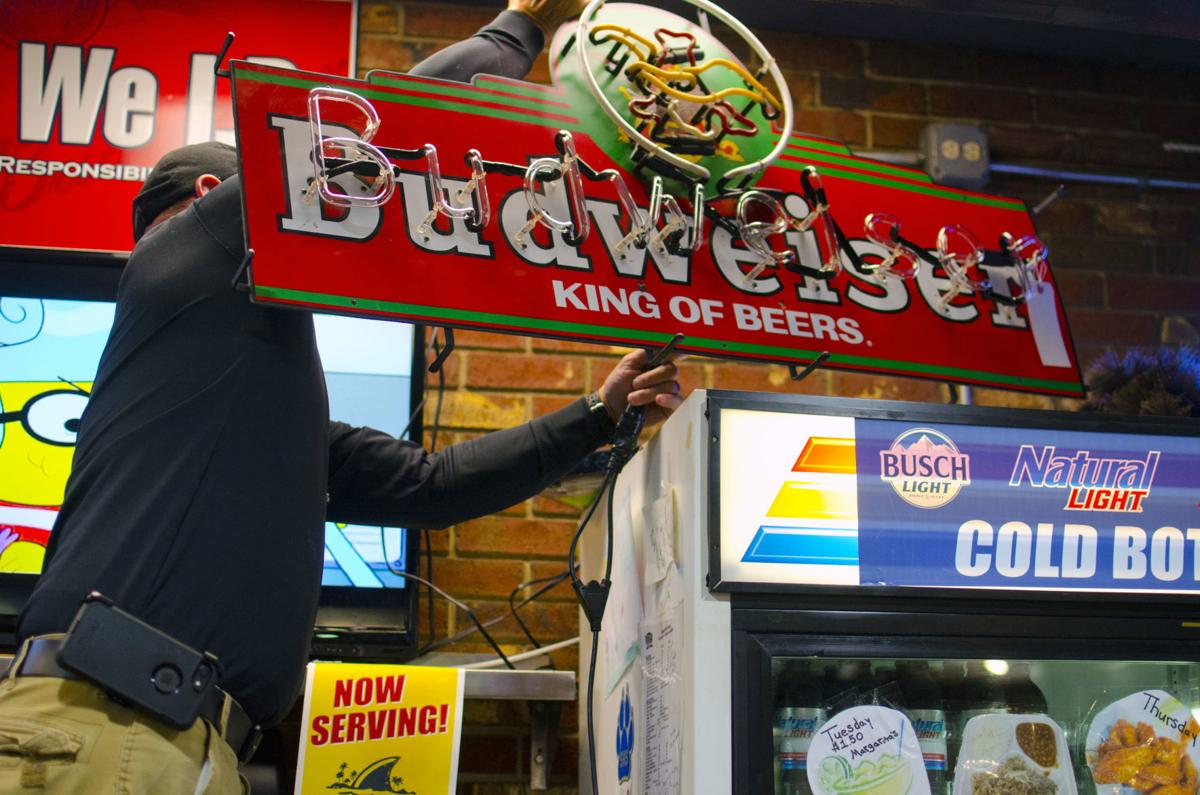 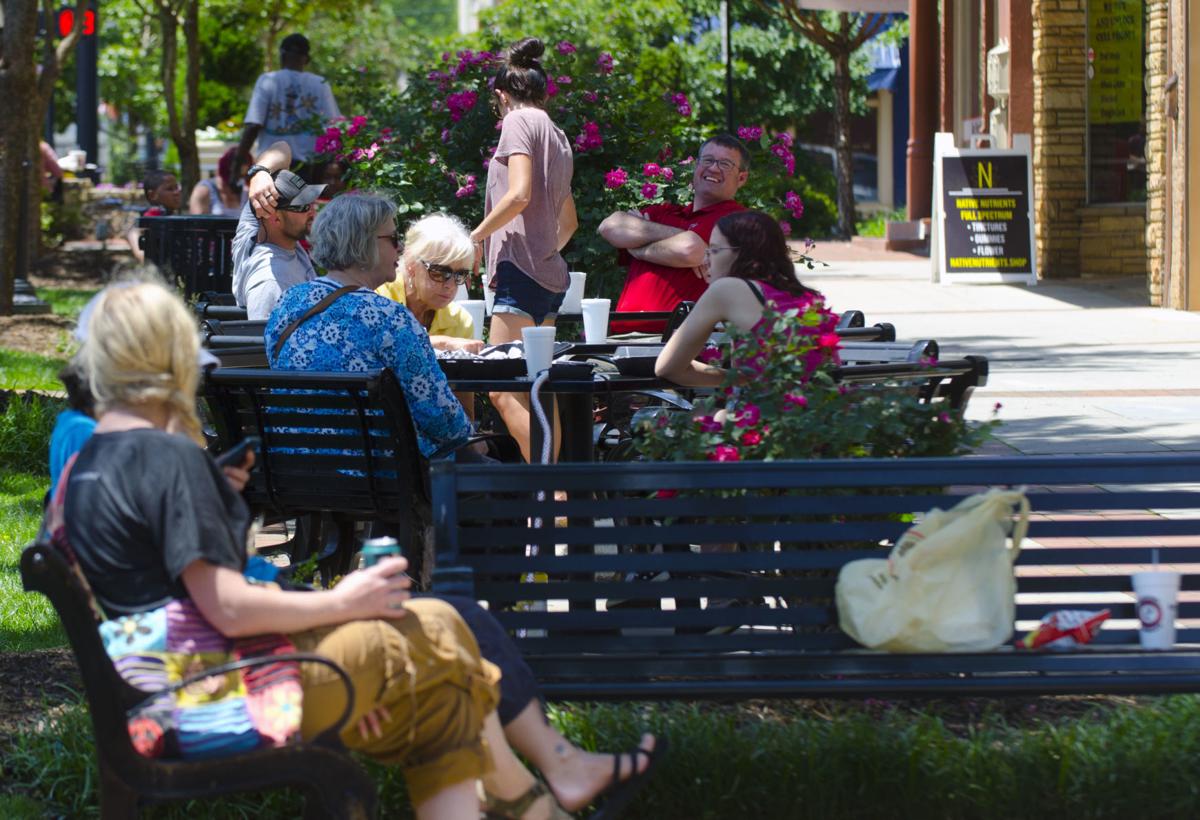 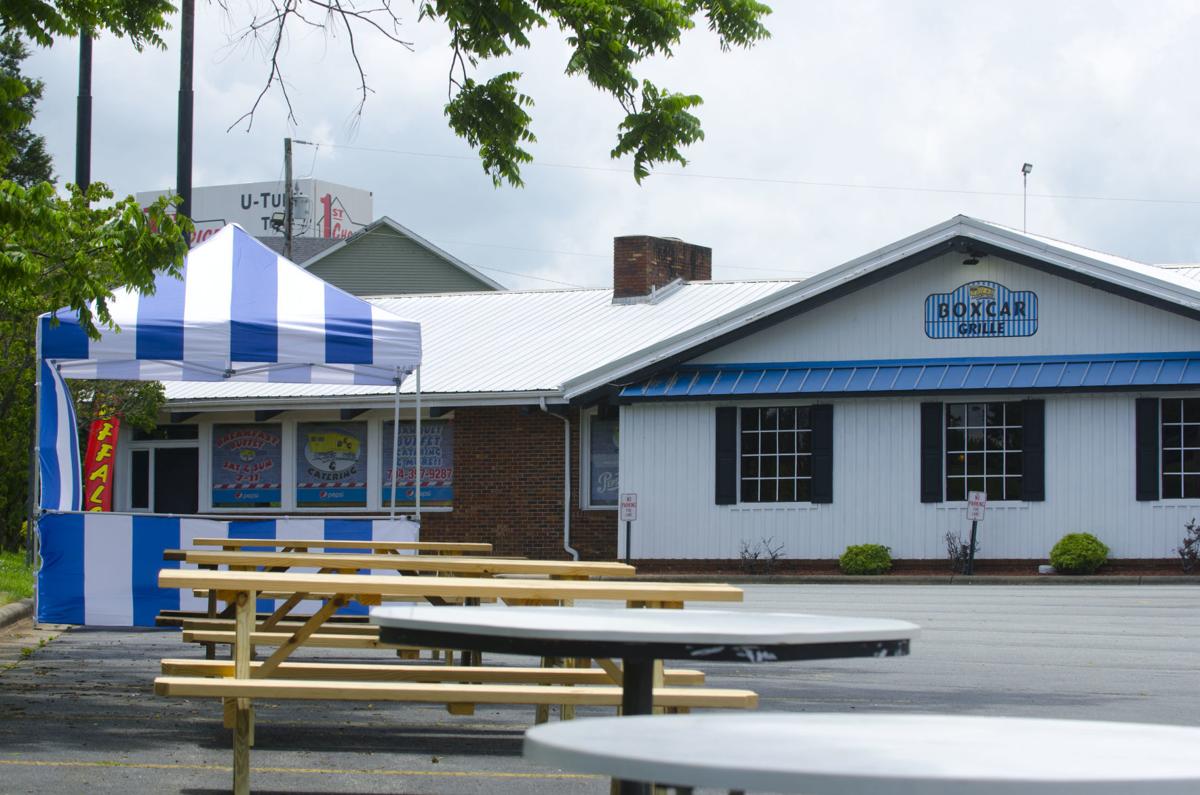 A look at the added outside seating at Boxcare Grille on Friday. 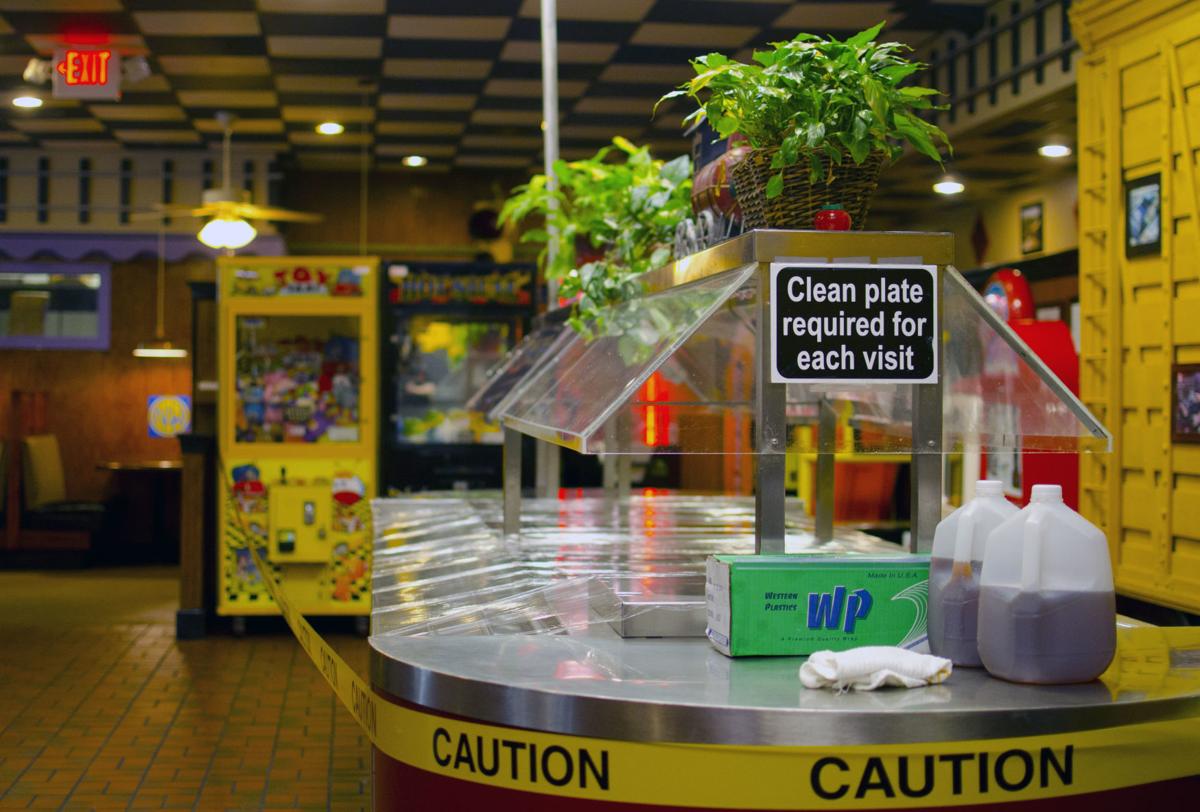 Parts of Boxcare Grille are taped off. 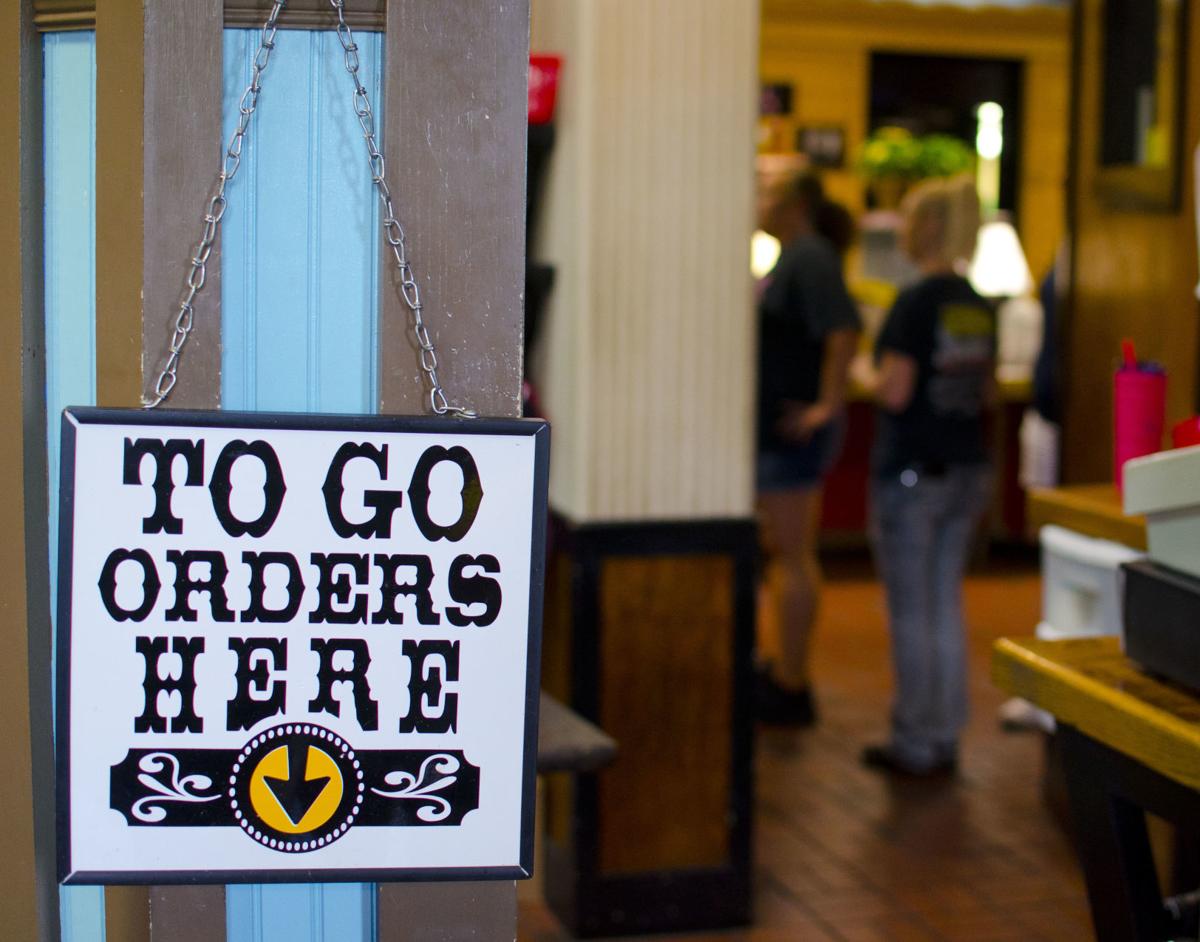 To Go orders will still be a part of many of the restaurants reopening on Friday. 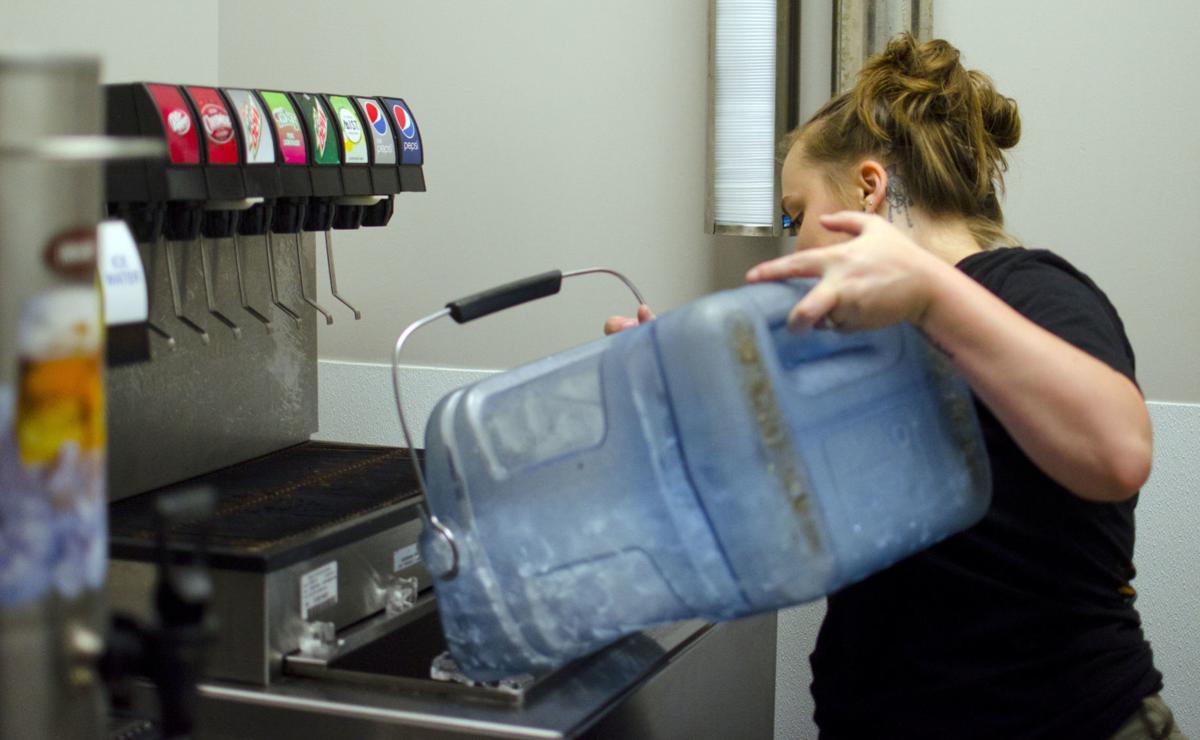 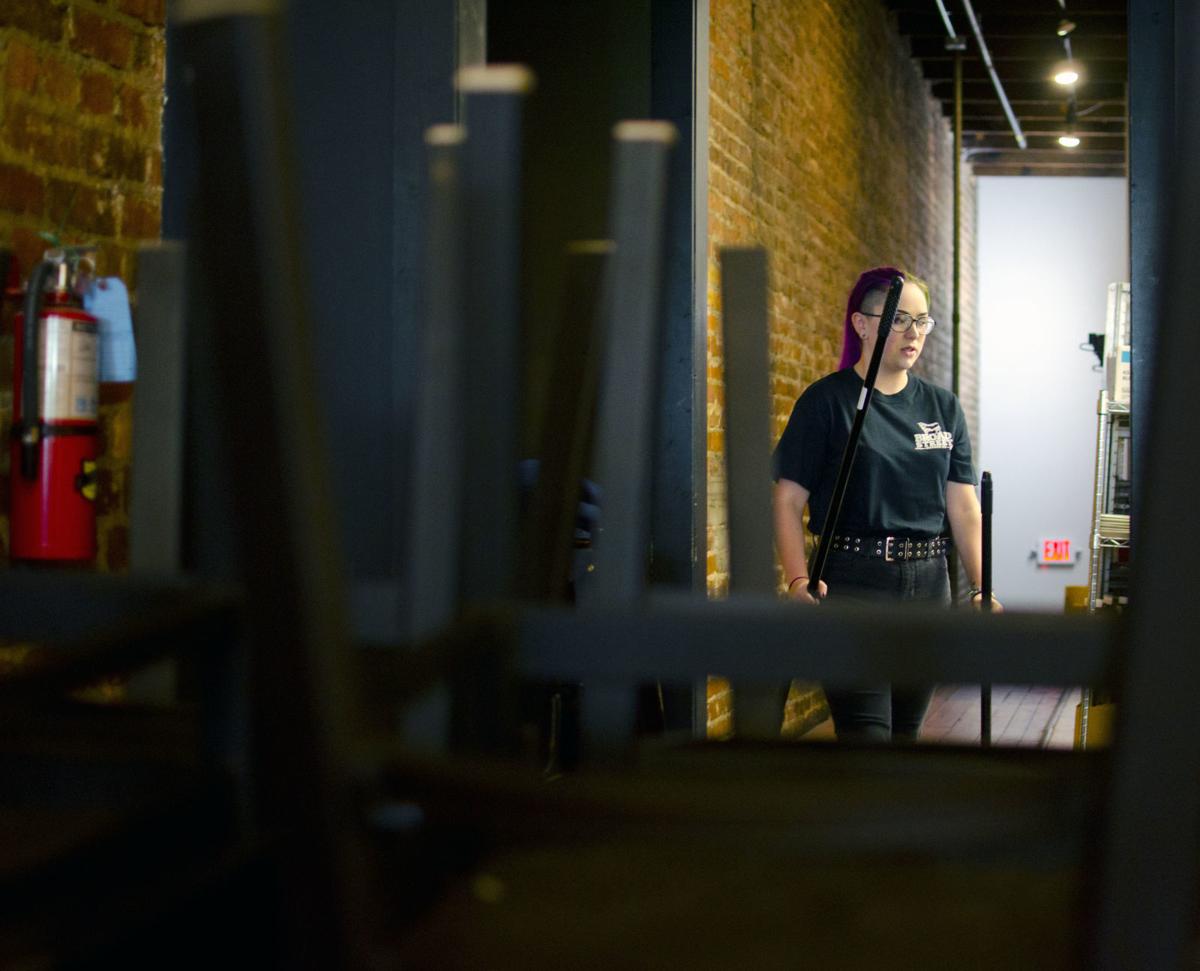 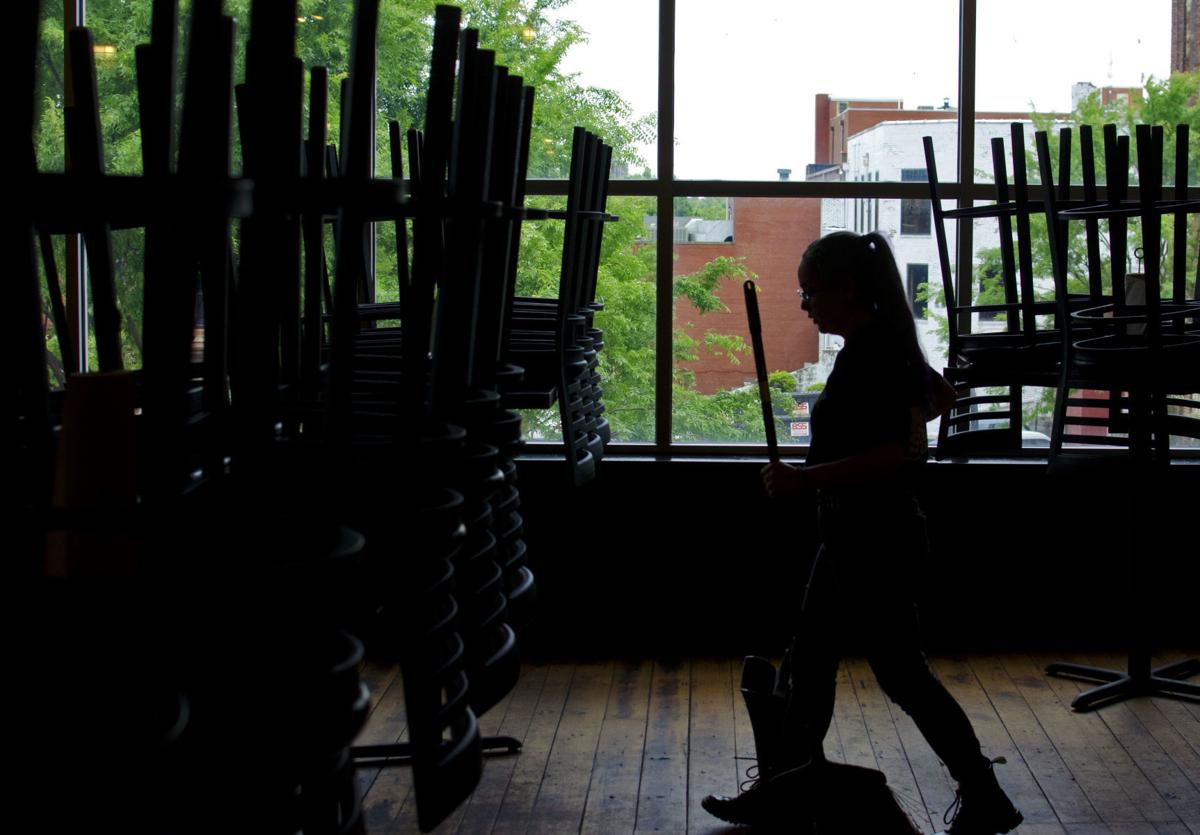 A look at the added outside seating at Boxcare Grille on Friday.

Parts of Boxcare Grille are taped off.

To Go orders will still be a part of many of the restaurants reopening on Friday.

The time leading up to 5 p.m. Friday for many restaurants felt like a mad dash to get ready as Gov. Roy Cooper OK’d dine-in services to continue in a modified manner starting this weekend.

That reopening is something Boxcar Grille owner April Bolick has been looking forward to since mid-March. She said she started bulking up on what food she could last week, which could be considered a small accomplishment itself considering food prices have been rising and distributors are running out of products.

She explained that while her restaurant is gearing up to let customers back inside and eat while socially distanced, Boxcar Grille will still be offering curbside pickup along with outdoor seating options. Bolick is also providing disposable paper menus as to avoid constantly cleaning laminated ones, and will have hand sanitizer on site.

In downtown Statesville, staff at Broad Street Burger Co. began wiping down the upstairs dining section and going through the modified seating chart. Bartender Mel Myers told servers to be mindful of people ordering alcohol as she’s expecting to serve a flurry of hard drinks over the weekend.

“There’s gonna be some drinks I’m not going to be able to make,” she mentioned while surveying ingredients at the bar.

Outside the restaurant, Kay Stokes sat down at a table to join a friend for lunch. She’s said she’s excited to see a semblance of normalcy return during the holiday weekend.

“I’ll do everything that I’m allowed to do,” she said.

Stokes said over the past two months that even though she’s been extra careful around people who are at risk for infection, she’s not that worried about catching coronavirus herself.

Sitting at the table with Stokes was Jeff Shaver. He said he’s skeptical about the virus, and asked why if so many people in the county have got it, how come none of the people he knows have been infected.

“As for myself, I’m not concerned,” he said.

A few doors down from Broad Street Burger Co., Groucho’s Deli owner Brandon Sutton has different plans in mind. He won’t be allowing customers back for dine-in until Tuesday.

“We really haven’t used our dining room since all this started,” he said.

Sutton added he wants more time for his workers to adjust and prepare for a seamless transition back to in-person dining. His restaurant is also planning to continue curbside pickup and is still working with delivery company Door Dash.

And while other restaurants are moving to preserve business as they know it, Bristol Café’s Jeff Hustead is using the opportunity to explore a business idea he’s had for a while. Starting Wednesday, Bristol Café will be operating as a gourmet deli/market, he said.

“Keeping up with that six-foot rule, it’s not practical for us to open back up,” he said of the social distancing requirement.

Hustead mentioned The Bristol Café will still be operating in the new business format, but it will be more geared toward “take and bake” options and selling fresh produce and beer.

And he’s not that worried about customers adjusting. Hustead said while he’s seen some down days since the pandemic started, his business has also set several sales records over the past two months. Even though that’s forced some hard business decisions like cutting back on staff, he said the food quality is still there whether people want to dine-in or take out.

“We’re in the kitchen all the time now,” he said. “All the things that are go out (as) near as perfect as we can make it.”