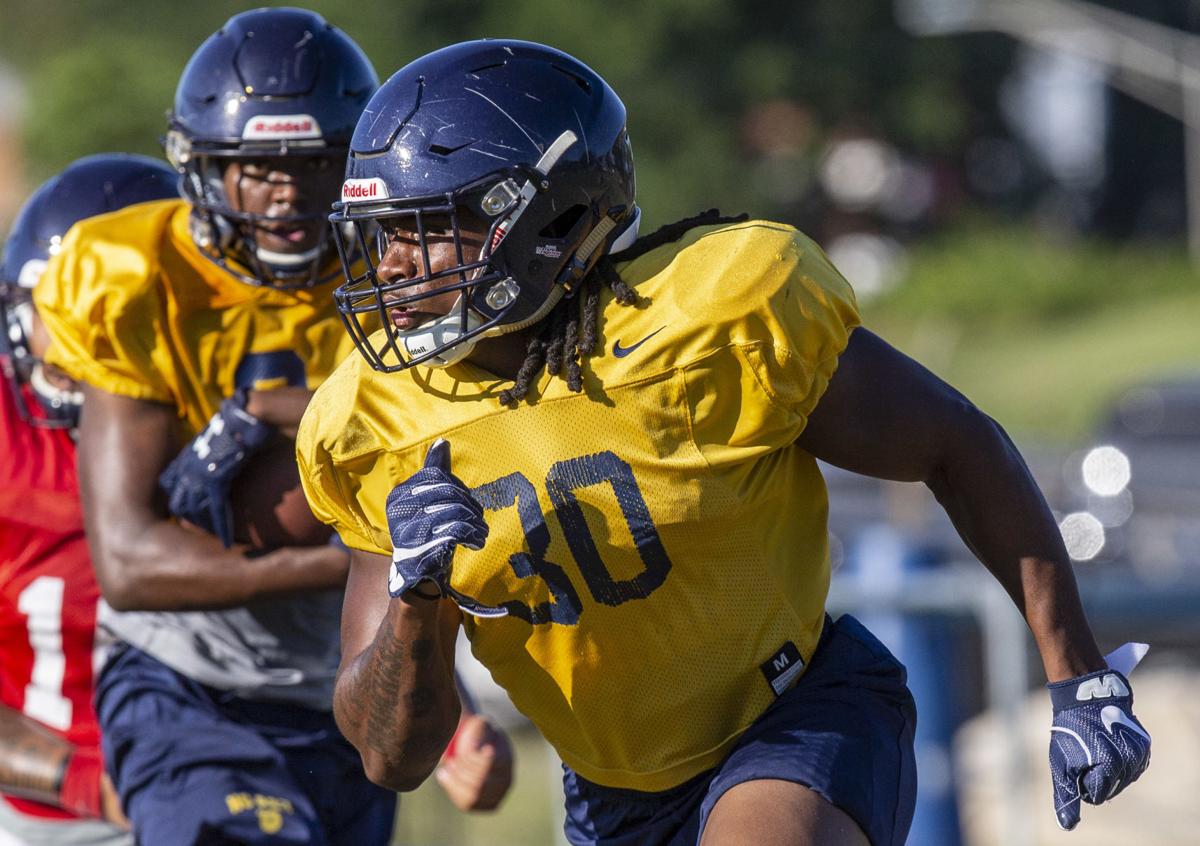 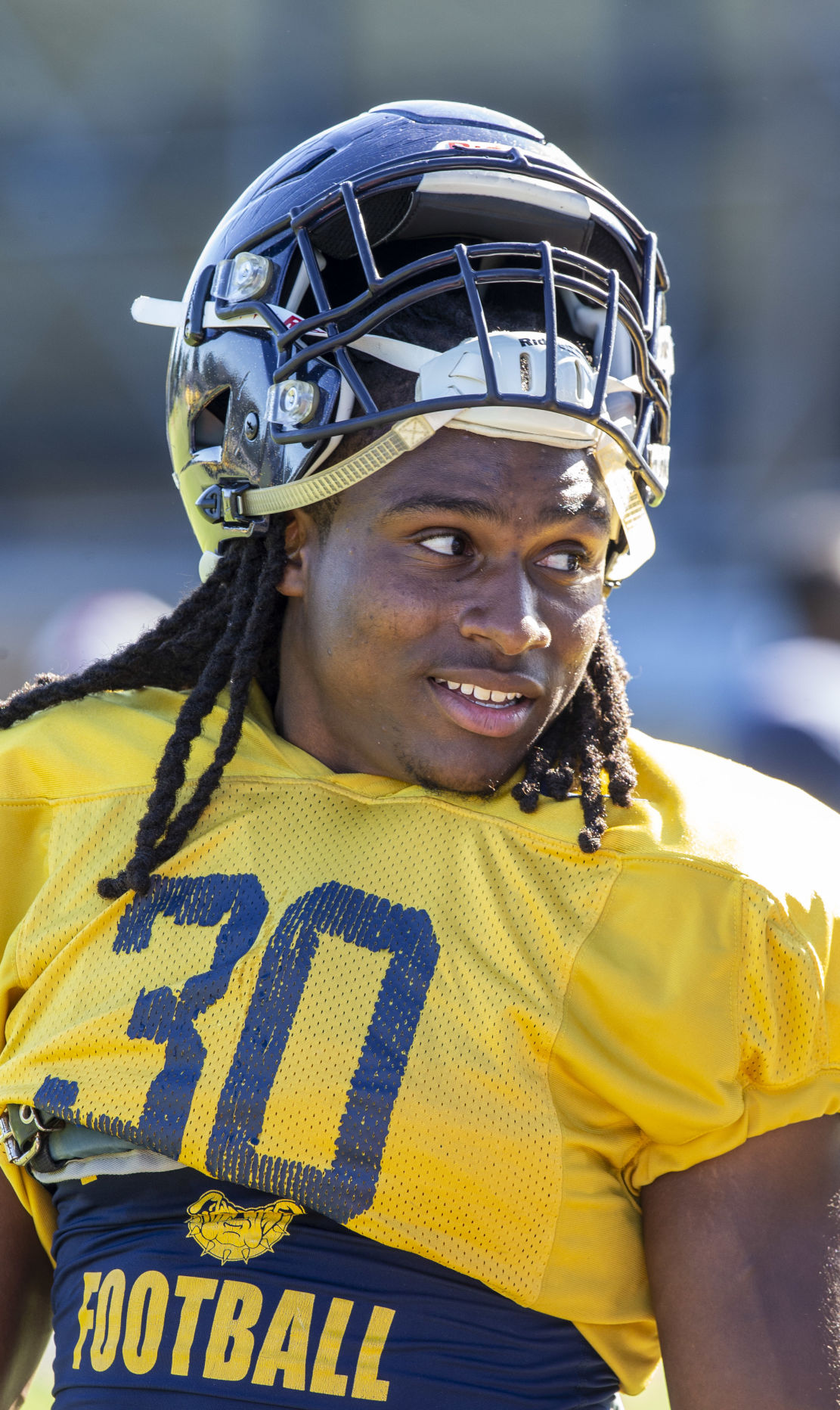 "It’s just the next team that we’re playing," A&T running back Jah-Maine Martin says of the Aggies game at Duke. "We don’t really look at all that other stuff, ACC and Power Five stuff. We just know they’re going to be a good football team. They’re going to be disciplined, and we’re going to have to play our best game in order to win.”

"It’s just the next team that we’re playing," A&T running back Jah-Maine Martin says of the Aggies game at Duke. "We don’t really look at all that other stuff, ACC and Power Five stuff. We just know they’re going to be a good football team. They’re going to be disciplined, and we’re going to have to play our best game in order to win.”

GREENSBORO — One thing is certain this weekend.

The Blue Devils (0-1) simply won’t fall into that trap as they make their way toward the ACC portion of their schedule.

Not after A&T (1-0), the No. 14 team in this week’s FCS Coaches’ Poll, upended higher-division FBS opponents in each of the last three seasons. The Aggies are 3-1 in their money-making FBS guarantee games in that span, winning on the road at Kent State, Charlotte and East Carolina.

All three of those teams finished those seasons with losing records. The Aggies’ lone loss was at bowl-bound Tulsa.

Win a few, and they get even harder.

The Aggies are not scared, starting running back Jah-Maine Martin said. He played at FBS Coastal Carolina before transferring to A&T last year, and he played in the Aggies’ victory at East Carolina.

“I don’t look at a game like this as pressure,” Martin said. “It’s a big task, and we know the task at hand. … It’s just the next team that we’re playing. We don’t really look at all that other stuff, ACC and Power Five stuff. We just know they’re going to be a good football team. They’re going to be disciplined, and we’re going to have to play our best game in order to win.”

Duke has averaged 7.4 wins over the last seven seasons under Coach David Cutcliffe and won three bowl games. The Blue Devils are a step above the FBS teams A&T has beaten.

Duke goes into the game off a dreadful 42-3 loss against No. 2 Alabama. That game video is nearly useless to A&T.

“It makes it very difficult for us to scout, because Alabama is just so gifted,” Washington said. “The things they’re able to do, we just cannot do. We don’t have that kind of manpower, that combination of size and speed. But (Duke) did show some different formations we didn’t see on last year’s film. That’s a concern. And it’s stuff we’re going to have to prepare for. Possibly, that’s all we’re going to get from that tape. We’re going to have to look back at last year’s film to get a better idea of what they can and can’t do.”

Both teams went in ranked in the FCS Top 25, and both fan bases turned out. It was largest crowd in 11 games between the teams.

And it was a heck of a game. The lead changed hands twice and the score was tied three times. Neither team turned the ball over.

“That was unusual, especially for the first game of a season,” Washington said. “But I’d say that just shows the character of both teams. We both emphasize protecting the football. That’s my guy over there. Coach (Tony) Trisciani is a good dude, and they do a good job at Elon. I would like to see this series continue. We talked about that before the game. We’re going to do all we can, because it’s good for both our programs and the community.”

And it looks as if the series will resume in three years.

A&T and Elon have a tentative agreement to play in September 2023 and 2024, the first game at Elon and the next in Greensboro.

A&T athletics director Earl Hilton confirmed the dates, but it is unclear if all the necessary paperwork is complete.

Hurricane Dorian’s unpredictable and ever-changing path could be a game-changer for A&T’s game at Duke.

As of Tuesday afternoon, forecasters predict the hurricane will move up the North Carolina coast Thursday and Friday. If nothing changes, Durham and points west could get an inch or less of rain Thursday, and it should be mostly sunny on game day.

But if the storm slows or its track changes …

“If we play in the rain, that could actually work to our advantage,” Washington said. “Duke is a very powerful football team that likes to throw the football, and all the skill guys can run a little faster than what we’re accustomed to. That weather could possibly help us.”