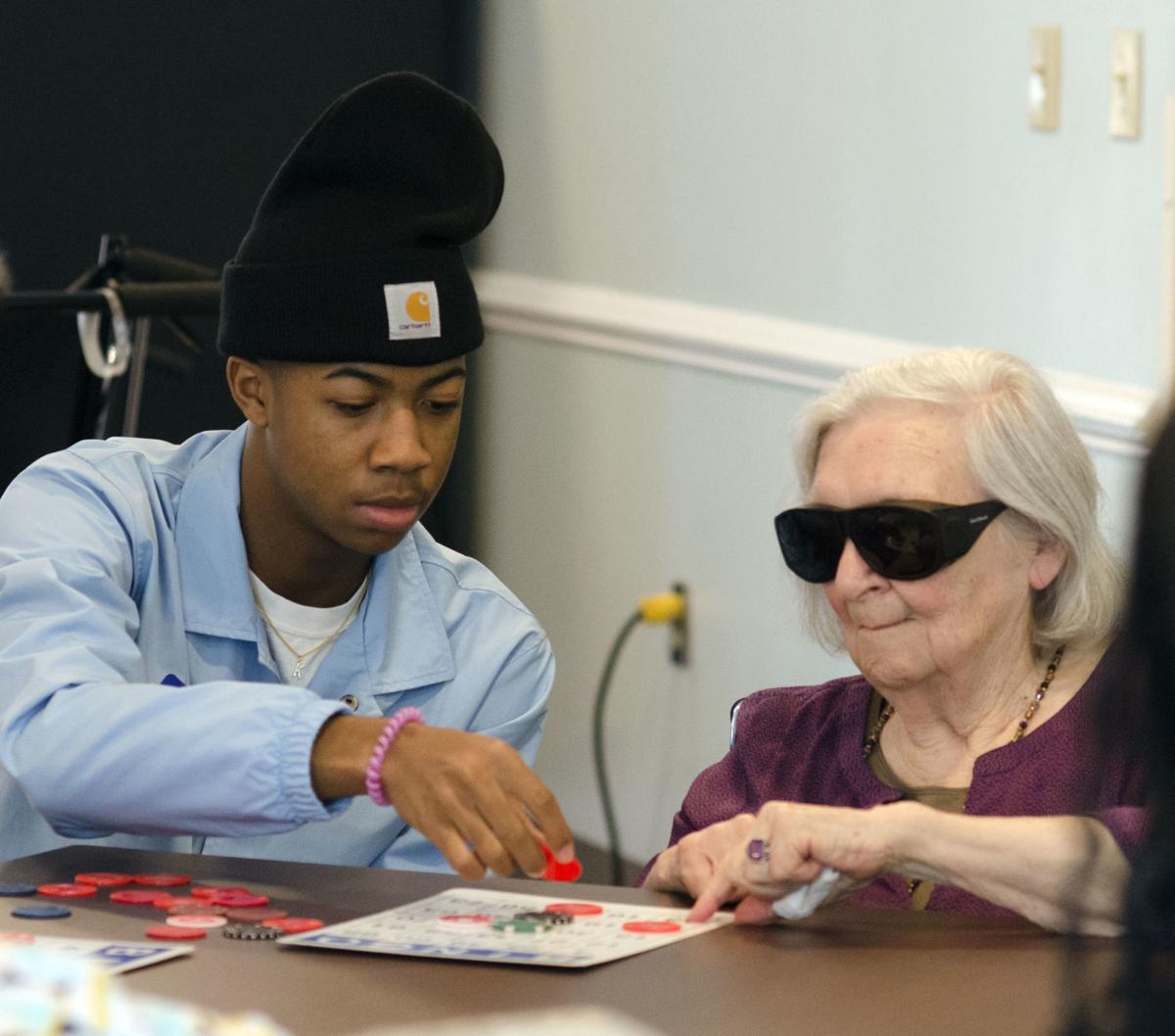 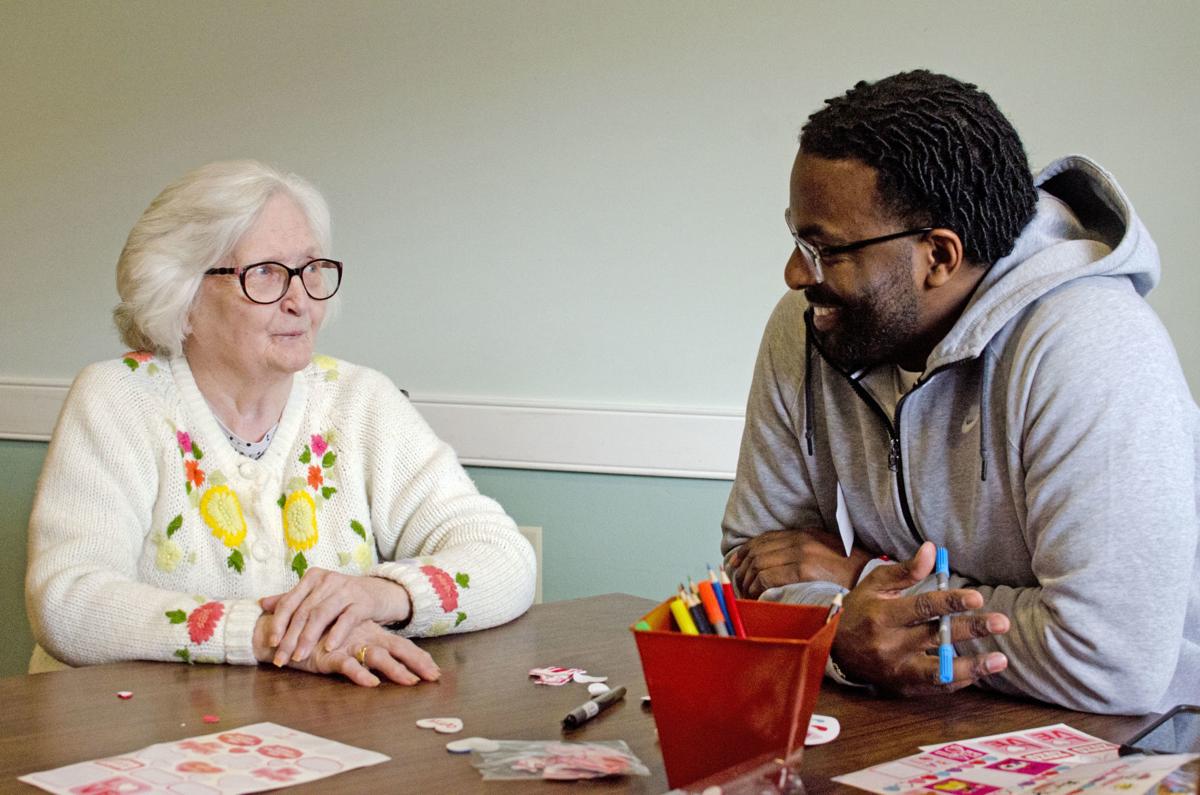 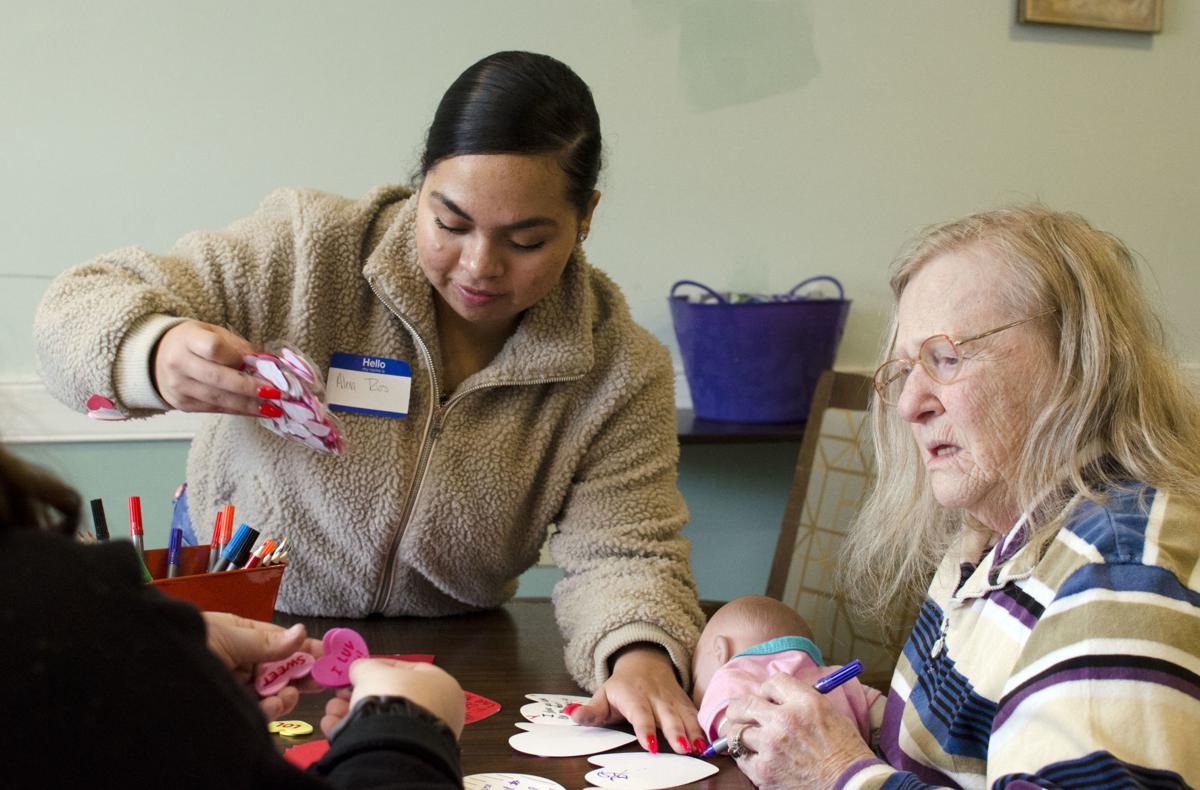 Some Agriculture and Science Early College students made some friends outside their age range Friday. Students spent part of the day at Maple Leaf Health Care in Statesville spending time with residents, doing everything from playing bingo to making Valentine’s Day cards for loved ones.

The outing was part of a Community Awareness Day organized by ASEC, which Principal Billy Wells explained is one way the school shows students community service opportunities and potential career paths.

But he also said mixing young and old minds was an intentional part of the day.

“A lot of these residents don’t have the opportunity to talk to young people,” he said.

And that’s the type of engagement Maple Leaf’s Director of Care Transitions Cathy Ricardo is looking for. She’s hoping the experience will help young adults understand that when people make the transition to health-care facilities, there’s still a desire for connections beyond where they lay their head at night.

“This gives (residents) an opportunity to possibility to impact a young life,” Ricardo said.

In one of Maple Leaf’s auxiliary rooms, resident Erma Chambers chatted with teacher Justin Phillips. Smiles lit up students’ faces as she told Phillips stories about crossing farm fields on her way to Kalispell, Montana.

On the other side of the room, Alexia Rios, a senior at ASEC, helped Marjorie Monday make a Valentine’s Day card. She said she was moved when one of the residents told her how lonely they at times.

“I feel (sad) just seeing that they don’t have anyone around,” she said.

Rios passed one woman a tissue and stood next to her. A compassionate look came to her face as she heard the resident talk more. Rios described the little amount of time she’s spent at Maple Leaf as fun, yet somewhat hard emotionally. She said she’d like to come back if she can find the time.